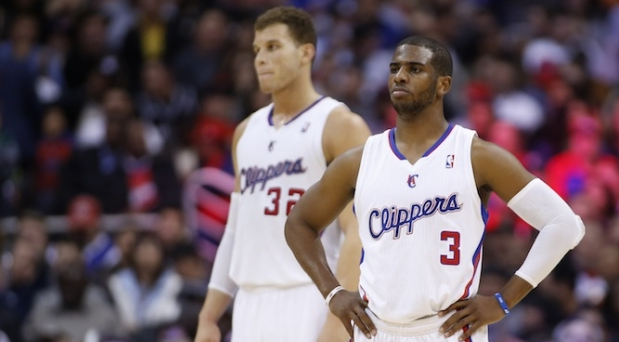 After playing a perfect first quarter and taking a 23-point lead at one point in the second quarter, the Clippers appeared ready to hand the Golden State Warriors their first loss of the season.

But the Clippers let the game slip away. An argument can be made that the Warriors took the game from them, but 23-point leads are supposed to be insurmountable in the NBA.

It felt like a narrative all too familiar for Lob City. Between the 19-point third quarter lead they squandered in Game 6 of last season’s Western Conference Semifinals and the double-digit fourth quarter lead they held at Golden State earlier this season, the Clippers’ 4th quarter woes must be ironed out.

A team with Chris Paul and Blake Griffin should never struggle to score points, but the issue goes deeper than that. For as good of a game manager as Chris Paul is, forcing him to go one-on-one or run pick-and-rolls for the entire fourth period isn’t a recipe for success. The stagnancy on offense is suffocating, leaving critics to wonder when/if Doc Rivers and his staff will make adjustments.

Equally concerning is that the predictable offense isn’t the only reason for the Clippers’ inability to close games. The defense was horrendous en route to allowing the Warriors to score 39 points in the final period.

Golden State went 8-for-9 from beyond the arc in the 4th quarter, repeatedly getting wide-open looks. Yes, Curry hit some ‘only Curry can do that’ shots, but allowing Harrison Barnes and Andre Iguodala to combine for four uncontested three-pointers is a recipe for disaster.

On a night when Chris Paul completely outplayed Curry for the first three-and-a-half quarters, it felt like NBA fans were getting a glimpse into what could be a legendary Western Conference Finals. But those hopes were shattered as a bewildered Clippers team watched the Warriors close the game on a 22-5 run.

The Clippers are still the Clippers, and no roster/ownership/logo changes appear to be enough for Chris Paul and Co. to avoid another second round playoff exit.