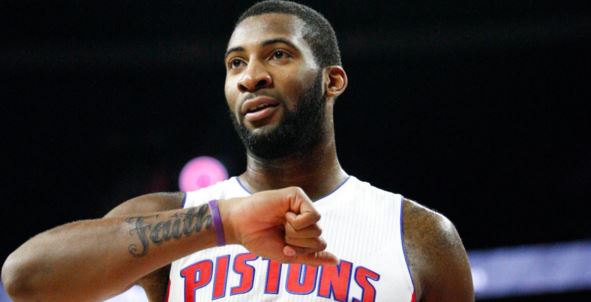 There is a player in the NBA currently averaging 20 points and 20 rebounds per game.

As you feverishly search for Blake Griffin, DeMarcus Cousins and Kevin Love’s stats, I’ll save you the time. It is Andre Drummond, the 22 year-old center for the Detroit Pistons.

While much of the attention in the first two weeks of the NBA season has been on Stephen Curry and the Golden State Warriors, the Detroit Pistons have quietly started the year 5-1. Largely a result of Drummond’s dominant play, the third-year man out of the University of Connecticut is posting 20.3 points, 20.3 rebounds, 1.8 blocks and 1.8 steals per game.

The departure of Greg Monroe via free agency this past offseason left many wondering how the Pistons would adjust without their go-to scoring option. Head coach Stan Van Gundy banked on the idea that a front-court with Monroe and Drummond was an awkward fit spacing-wise. While it’s a small sample size, through six games, Van Gundy looks like a genius.

Drummond has been the key cog in Detroit’s much-improved offense, gobbling up 43 offensive rebounds while shooting 54.9 percent from the field. From a scoring perspective, Drummond needs to continue to expand his game beyond dunking, but at 22 years-old, he looks like the reincarnation of Dwight Howard.

Of course, Van Gundy managed to take a Howard-led Orlando Magic team containing eerily similar ingredients to the NBA Finals. Placing four shooters around a freakishly athletic center who cleans the glass and protects the rim, Van Gundy will look to accomplish the same feat in Detroit.

The Pistons still have a long way to go before they are ready to compete for Eastern Conference supremacy with LeBron James and the Cleveland Cavaliers, but they are closer than many realized.

That ever-shrinking gap is solely the result of Andre Drummond.