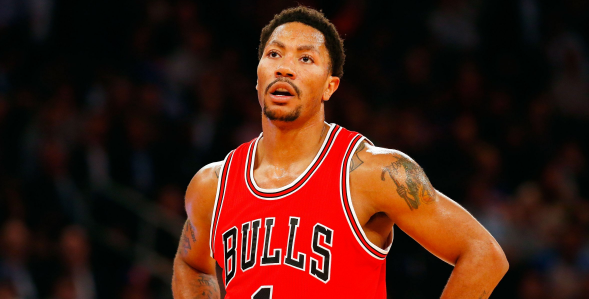 Derrick Rose is officially a member of the New York Knicks following a trade that sent the former MVP east in exchange for three players.

From winning two state championships with Chicago’s Simeon Career Academy in high school, to being drafted first overall by the Bulls, to winning an MVP in his third season, the best player Chicago had seen since Michael Jordan has officially left town. Coming to Chicago in exchange for Rose, Justin Holiday and a 2017 second-round pick are center Robin Lopez, and guards Jerian Grant and Jose Calderon.

While Rose is hoping for resurgence in Gotham, the Knicks are now left looking for a center to replace Lopez. One name that has been connected to the Knicks is Dwight Howard. With the once dominant center officially opting out of his contract in Houston, New York has been marked as a potential landing spot for the former Rocket.

But with Rose now a member of the Knicks, another free agent center has garnered a lot of attention. Longtime Bulls teammate Joakim Noah, an All-NBA center as recently as two years ago, has become a target for the Knicks.

The two players developed a great chemistry in Chicago before injuries and a coaching change bogged down the once promising Bulls, so it comes as no surprise Rose would welcome the big man to New York. Noah will likely have more than a few options this offseason, so Rose’s ability to persuade his friend to join him in New York could be a deciding factor. Regardless of Noah’s decision however, Rose is excited to join Carmelo Anthony and Kristaps Porzingis in their quest to return the Knicks to the playoffs.

“That’s somebody I would die to play with, and now I got two of those guys and whoever the front office puts around us,” Rose said. “I know they’re going to do the right thing. So it’s exciting here. It should be exciting here next year.”