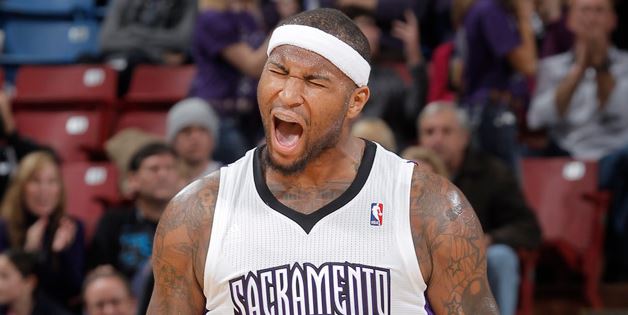 The situation in Sacramento is so terrible that it has become impossible to figure out why the organization is so toxic. Is it DeMarcus Cousins? Is it the front office? Or is it the front office’s personnel moves to constantly sign questionable locker room personalities like Rajon Rondo?

It’s likely a combination of these three factors, but the most terrifying part is that Sacramento doesn’t seem to be doing anything to change it. The Maloof brothers sold the team in 2013, leading many Kings fans to believe the franchise could finally get back on track. But somehow, it seems as if new owner Vivek Ranadivé has managed to make things even worse.

When Ranadivé took over in 2013, the Kings appeared to be on the upswing with Cousins playing the best basketball of his career under the direction of Mike Malone. So what do Ranadivé and general manager (at the time) Pete D’Alessandro do – they immediately fire Malone and replace him with Tyrone Corbin.

After one year of the failed Corbin experiment, the Kings brought along George Karl – a man known for winning and demanding absolute control over his players. With Cousins and Rondo on the roster, it’s fair to wonder how the hell Sacramento’s front office thought this would be a good match.

Starting the season 2-7, things in Sacramento are blowing up faster than even the most pessimistic critics could’ve predicted. After the eighth game of the season, DeMarcus Cousins went on an expletive filled rant directed at head coach George Karl. As if that’s not bad enough, he wasn’t even punished for his childish behavior.

Karl demanded that Cousins be suspended for two games, but new general manager Vlade Divac blocked the suspension from taking place. Divac has done everything in his power to appease Cousins, while Karl has publicly stated that the Kings should trade their franchise cornerstone to rebuild.

What Karl fails to realize when considering trading the most dominant big man in the league is that he’s dealing with the Sacramento Kings. Knowing how their franchise operates, they would receive Andrew Bynum, J.R. Smith and other ‘high-character’ teammates in exchange for Cousins.

Kings fans should probably stick to watching re-runs of the 2001-2002 season, because things aren’t going to get better any time soon.