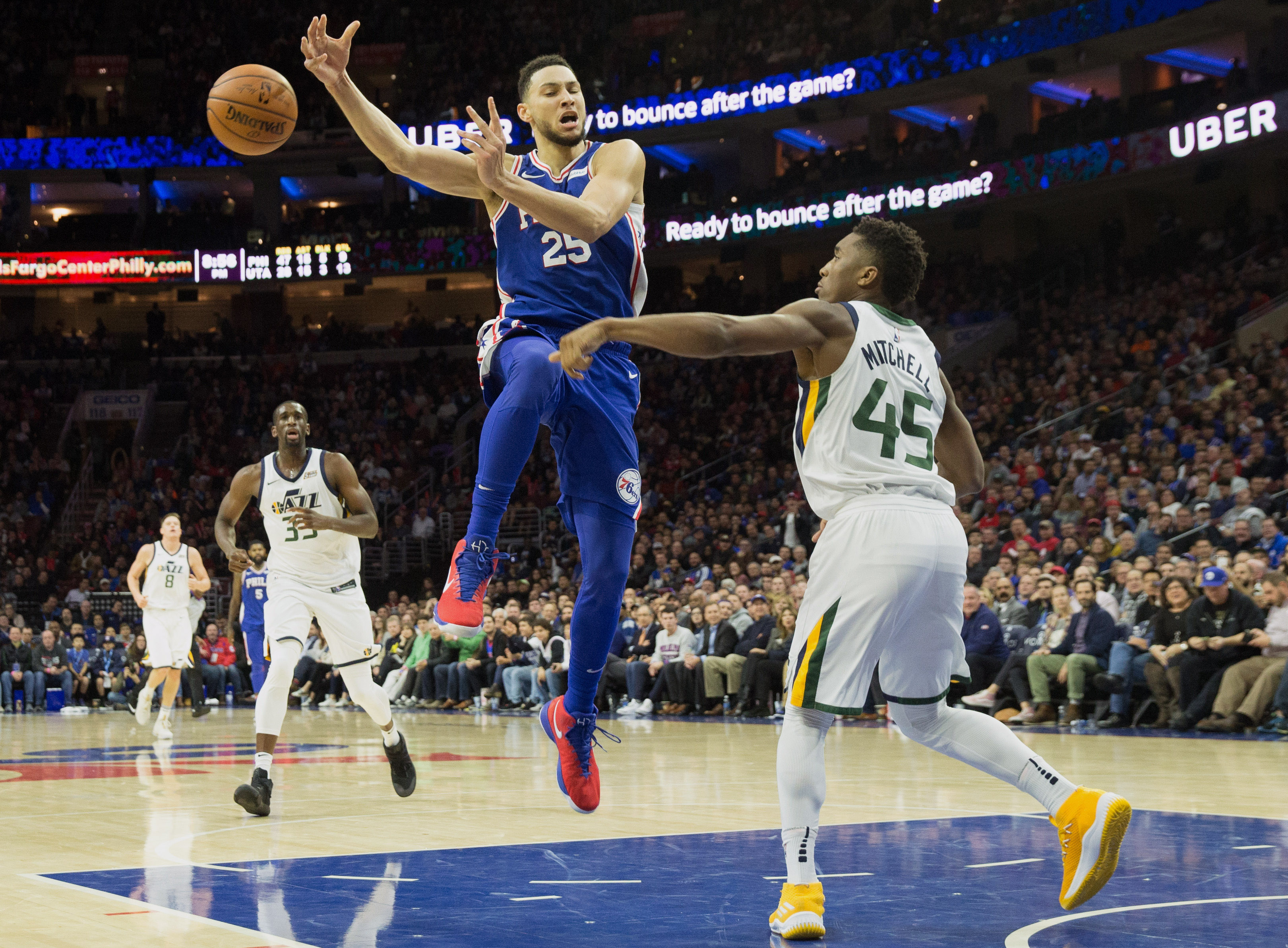 At the start of the 2017-18 NBA season, many were interested in seeing how this vaunted rookie class would assert itself. Ben Simmons, Lonzo Ball, Lonzo Ball’s dad, and Jayson Tatum earned much of the early attention. There was also plenty of intrigue surrounding the likes of De’Aaron Fox and Josh Jackson.

With that said, other rookies have certainly played above their draft slot. Lauri Markkanen looks like an integral building block in the Chicago Bulls’ revamping of the franchise. Picked late in the first round, Kyle Kuzma is as polished an offensive player as any from this draft class. He can roll out of bed and drop 20 in a heartbeat. And then…we have Donovan Mitchell. The combo guard out of Louisville had questions over his size and lack of a true position. These inquiries have been answered authoritatively with a resounding “I’m much better than you thought.”

Simmons and Mitchell are the odds-on favorite to capture the 2018 Rookie of the Year Award. This hasn’t exactly been lost on either athlete — as each have thrown slight jabs at one another though social media platforms.

When prompted about this year’s award, Simmons said the following:

“Who would I pick? Me, 100 percent. “I think I have been playing solid all year. If you look at the numbers, you will see. People who know the game know.”

A reporter then asked Simmons if any other rookie had caught his eye. Whilst laughing, the Australian responded with a simple “no.”

Mitchell responded with this cryptic tweet on Monday morning. He also proceeded to ‘like’ multiple posts on Twitter centering around Simmons’ strong words over his ROY candidacy:

This piece will offer reasons for why each player should win the award. It’s plausible for Simmons and Mitchell to share the honor — though that hasn’t happened since the 1999-2000 year (dating back to when Elton Brand and Steve Francis were co-winners).

The Case For Simmons

Simmons is a transformative player. Very rarely have we seen a player of his size and height (6’10”, 240) dominate the ball in such an impressive fashion.

There’s a maturity about Simmons’ game that simply cannot be overstated enough. His even-keeled demeanor has translated immensely well to the pro game. Rookies can often get overwhelmed upon hitting the vaunted rookie wall. This seemingly hasn’t gotten to Simmons much — if at all — this year.

By keeping his emotions in check, his cerebral nature pops even further. In terms of ball-handling, Simmons has been exquisite in involving teammates. It’s a lot to ask of a first-year player — though he’s running Brett Brown’s offense with supreme efficiency. He seeks the mismatch on the offensive floor, whether he’s posting up a smaller player or a teammate is in an advantageous spot. Simmons currently has 12 triple-doubles — the second-most in NBA history for a rookie behind Oscar Robertson (26).

Defensively, Simmons has been nothing short of spectacular. Due to his strong basketball I.Q., he can read the game at a much higher rate than most players (regardless of age). He’s excellent at positioning his big body on the block. Duly, Simmons has active hands and a knack for muddying up set plays. Simmons ranks 6th in the league in defensive efficiency — a mark almost unheard of for a rookie.

Above all else, Simmons plays a winning brand of basketball. Philadelphia (as of Monday) has a 50-30 overall record — including 14-straight victories. Simmons has enhanced his individual game even further in the wake of Joel Embiid’s freak-accident injury. He’s taking the team on his back, and currently has them slotted ahead of LeBron James and the Cleveland Cavaliers. By making all of his teammates better, Simmons has helped lead the franchise to its first 50-win season since the 2000-01 year. The Case For Mitchell

With Gordon Hayward leaving for Boston, and Rudy Gobert missing a huge chunk of the season with an injury, very few saw Utah competing for anything more than positioning in the lottery.

Midway through the season, the team sat 10 games under .500. It was at a point where the Jazz could fold things up and attempt to garner an elite talent through the draft. However, Mitchell failed to receive the memo.

He single-handedly ignited a furious charge which saw Utah vault all the way up into playoff contention with the help of an 11-game win streak. Mitchell is relentless when attacking the rim. Possessing elite athletic ability, he’s already put more than a handful of opponents on posters.

Mitchell also isn’t afraid to take the big shot. On more than one occasion, he’s led the team in crunch time. When other younger players shy away from tense moments, Mitchell thrives in them.

Stylistically, he’s changed the way Utah likes to operate. Though a Quin Snyder team will never resemble that of a Mike D’Antoni-squad, Utah’s collective pace has quickened with Mitchell on the floor. As a result, the Jazz are more diversified offensively — and thus harder to prepare for.

Like Simmons, Mitchell is also a disruptive force on the defensive end of the floor. He ranks No. 7 overall in defensive efficiency. With the vast collection of top-end guard talent in the Western Conference, Mitchell is adept at guarding both the 1 and the 2.

While Mitchell is having a fantastic season, Simmons will win the 2017-18 Rookie of the Year Award.

One has to put into perspective just how bad Philadelphia was prior to his arrival. The 76ers haven’t had a winning season in a full year since 2004-05. Most shockingly, Philly had won 75 games in the last four years combined.

Simmons’ immediate impact has been nothing short of phenomenal. The tank-happy franchise really had no semblance of a winning culture over the last decade. The same can’t be said for Utah — as an identity under Snyder has already been carved out. Mitchell entered a very good situation with a franchise/coaching staff rooted in development.

On the other hand, Simmons has been integral in making Philadelphia a viable contender to not only reach the Eastern Conference Finals, but perhaps the NBA Finals as well. 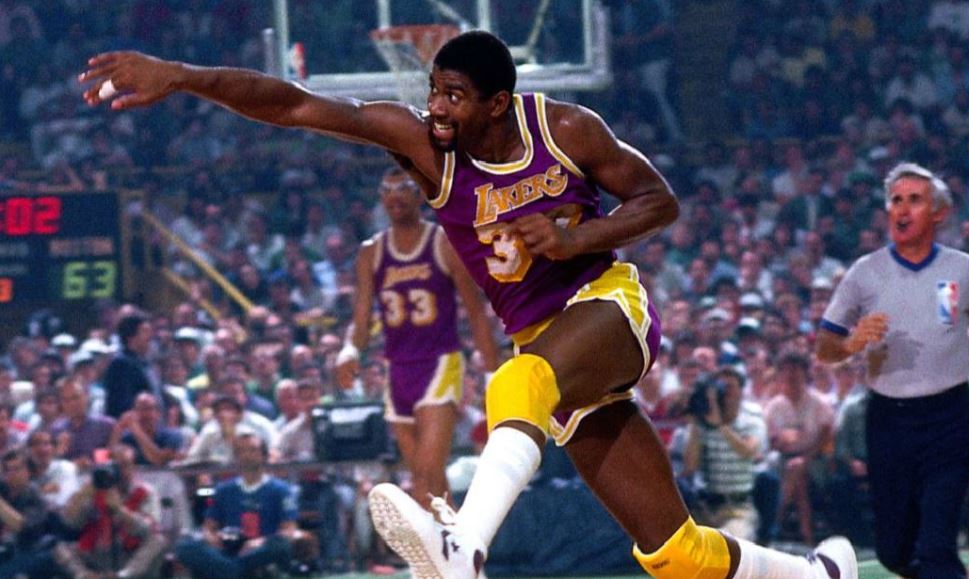