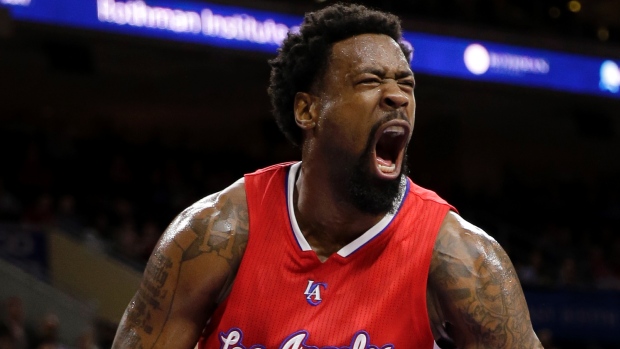 Watch out Oracle Arena, Wednesday night could feature the loudest stadium in NBA history. DeAndre Jordan returns to Dallas, the city whose heart he broke this offseason, as his Los Angeles Clippers square off against Dirk Nowitzki and the Mavs.

After reneging on a verbal agreement with owner Mark Cuban, Jordan decided to head back to his NBA home and continue his career with the Los Angeles Clippers. In the most bizarre free agency saga in NBA history filled with tweets, emojis, anger and relief, both franchises look to move on.

However, that doesn’t mean fans are ready to look past this. Jordan will hear the loudest set of boos in an NBA stadium since LeBron’s first game in Cleveland as a member of the Miami Heat. While all has been forgiven by the Cleveland faithful, you can be assured that will never be the case in Dallas.

Among the thousands of fans heckling and booing DeAndre, it’s a safe bet to assume Mark Cuban will be the loudest. Cuban has been outspoken (as always) about the way DeAndre went about changing his mind, and will certainly help rile up the crowd.

The Mavericks have no title aspirations this season (thanks to DeAndre), meaning they will treat this game like it’s the NBA Finals. Dallas will get to face him at American Airlines Center once more on March 7th, but this game promises to be the most heavily booed game of the season.

One can only hope Mavericks head coach Rick Carlisle pulls a Gregg Popovich and begins intentionally fouling Jordan as soon as the game starts. While that seems unlikely, so does a Mavericks victory.

Much like this offseason, Jordan will once again disappoint Mavericks fans, as the Clippers will escape with the victory.