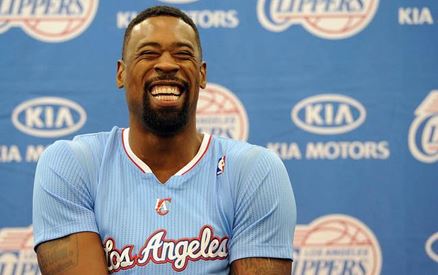 To cap off one of the craziest free agency periods in NBA history, DeAndre Jordan has ended the off-season with the least surprising move.

After a well-documented narrative involving reneging on a contract with the Dallas Mavericks to re-sign with the Los Angeles Clippers, DeAndre Jordan supposedly ignored communication from his own agent, Dan Fegan, in the process. Now one month later, Jordan has validated rumors of a contentious relationship between the two by parting ways with Fegan and Relativity Sports.

Already using three different management companies in his seven-year career, Jordan is about as loyal to agencies as Dwight Howard was to the Los Angeles Lakers.

Free from the free agency hysteria once and for all, the only bitter reminder of this madness – aside from playing against the Dallas Mavericks throughout his career – will be the 4 percent commission Jordan has to pay Relativity Sports on his new, $88 million contract.

However, Jordan can breathe a huge sigh of relief knowing he narrowly escaped playing for a Mavericks’ team in which much of its roster will soon be receiving their AARP cards. While the Clippers certainly don’t scream youth, their off-season additions of Paul Pierce, Josh Smith and Lance Stephenson make them a legitimate title threat once again.

It’s all smiles for DeAndre Jordan, as he will continue to play in a familiar system, and perhaps more importantly, have more opportunities to crash weddings alongside Blake Griffin.