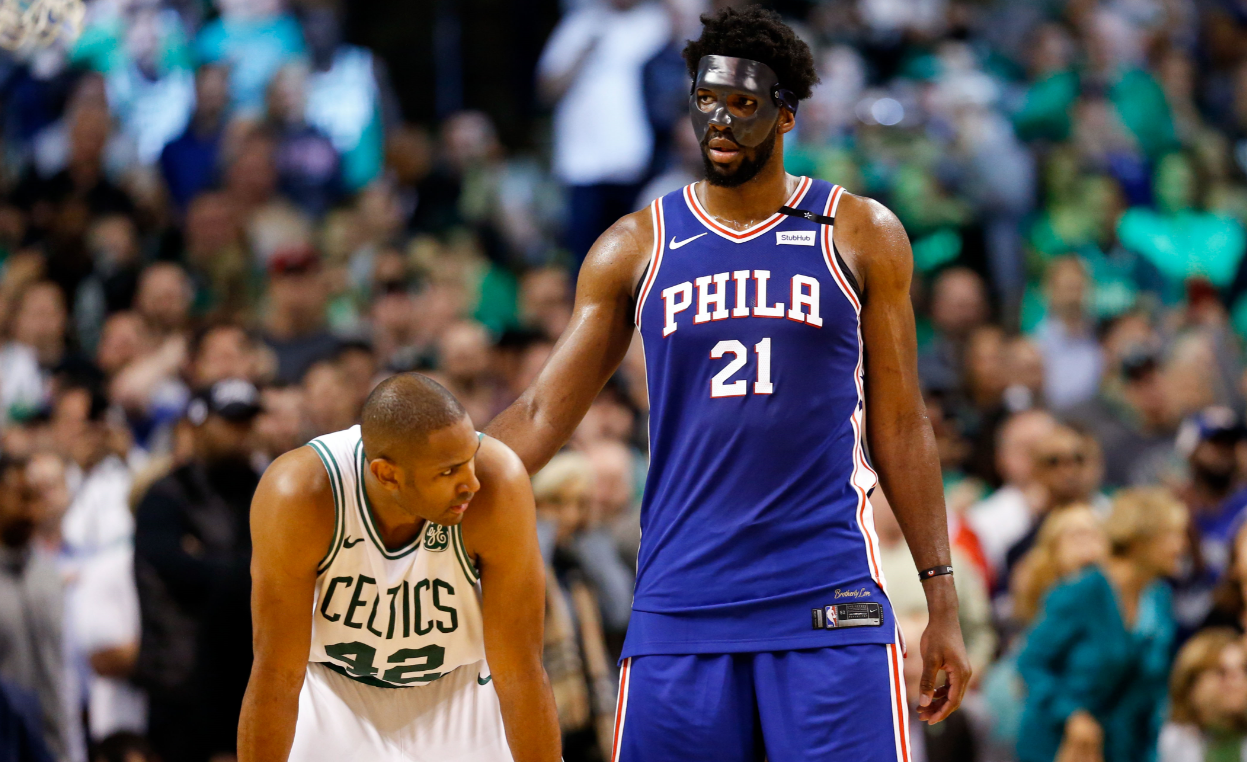 The rich got richer last week when the two-time defending champion Golden State Warriors inked star big man DeMarcus Cousins to a one-year deal. NBA Twitter crumbled as a response, many dubbing the season moot as the new-look Dubs look poised to trounce the league.

It got our writers to thinking — with LeBron out of the conference, is there a group of five Eastern Conference players that could beat this Golden State team in a best-of-7 series? Here are some potential lineups to consider:

If we were drafting from all of the available Eastern Conference players with the sole purpose of beating the Warriors, Irving would be the likely No. 1 pick. That thesis is based almost purely on the fact that he’s helped dethrone Golden State before. He can make Steph uncomfortable, and has no trouble getting his shot off against Klay. Irving has the best blend of basketball IQ, ball handling savvy, tough shot-making, and coolness under pressure to lead a hypothetical team past the Golden State juggernaut.

The rest of the lineup is a bit tricky. Giannis feels like a must. He’s arguably the best player in the conference now that LeBron is gone, and you need as many high-level playmakers as possible to crack the Warriors stout defense. Horford is a defensive savant that could effectively defend Draymond or Boogie. Offensively, Horford’s pick-and-pop expertise could potentially play the ailing Cousins off of the court. Oladipo is a dynamo that can defend any number of positions. He’d do as good of a job defending Curry as any guard in the league.

Rounding out the lineup, I went a little unconventional. I could have went with another big man and gone for Embiid. Against a lineup that features Cousins, Embiid would be the perfect thwart. However, the Warriors still have Iguodala waiting in the wings. When Draymond shifts to center, Embiid’s usefulness goes down as he’s forced to defend further away from the basket. If there were a sixth man spot in this scenario, Embiid would get the nod.

Another choice could have been Jayson Tatum, but I think Middleton is a tad bit better of a shooter. Milwaukee’s second fiddle knocked down an absurd 61-percent of his threes against the Celtics in last year’s playoffs. If he can do that against the best defense in the league, I’m sure he could knock down a few jumpers off of passes from Irving and Oladipo.

If we can get Brad Stevens on board as the head coach, I like our chances.

I’m operating under two assumptions when it comes to the Warriors. The vaunted ‘kill line-up’ (Durant, Curry, Iguodala, Green, Thompson) has been wildly successful for multiple years. It’s a group with considerable versatility as well as playmaking ability. With Cousins now in the fold, Golden State can opt to go bigger — and thus improve its prospects on the boards whilst also now fielding a bona fide post scorer for the first time in the Steve Kerr era.

As such, I’ll delve into two potential Eastern Conference squads to combat each Golden State line-up:

We’ve already seen what Irving can do to Golden State. Curry simply cannot guard him when left on an island. When Irving gets into the lane, the entire Warriors’ defense is compromised. Oladipo is arguably the league’s best defensive guard. He’ll assume the role of slowing down Curry. Tatum and Antetokounmpo are jumbo wings with the ability to switch on anything. Tatum’s lack of experience will be mitigated by the fact he’ll be guarding the ‘least dangerous’ member on the floor for Golden State (Iguodala). Simmons and Antetokounmpo are two of the biggest freaks in the NBA. Simmons can rebound the basketball and ignite the break without being hindered by a (somewhat) plodding center. His disruptive defensive capabilities also will work immensely well when tasked with guarding Durant or (most likely) Green.

The introduction of Boogie likely will force Golden State into playing at a somewhat slower pace. This is where Embiid comes in. Outside of perhaps Anthony Davis, there’s not a more dynamic nor dominant big man in the league today when Embiid is on his game. He impacts the game greatly on both ends of the floor. Cousins may not be the same player he once was — which could give Embiid an even bigger advantage. The remainder of the starting line-up stays the same — as Irving will be matched up with Thompson, Oladipo will guard Curry, Simmons will try to slow Green, and the battle of exceptionally long limbs will take place between Durant and Antetokounmpo.

With the recent addition of Boogie Cousins, the Golden State Warriors can feature a starting lineup that has five All-Stars from last year. Trying to pick five players from the Eastern Conference that could come together and beat the newest edition of the Warriors is not a simple task.

The first player chosen has to be Irving. Irving has proven that he can do damage against the Warriors — specifically with Curry guarding him — and has the confidence and ball handling to cause Golden State problems. His playoff experience would also be imperative for a team that has little experience otherwise.

Giannis, arguably the best player in the East, provides versatility that is necessary to compete with the juggernaut. He is a tough player to guard, and while the Warriors would most likely try to force Giannis to shoot from the perimeter, his athleticism and strength could pose problems for the champs. Giannis would most likely be matched up with Draymond defensively, which would allow for Giannis to sag off and help cover the lane.

A second ball handler and self-creating scoring threat would be necessary, and that is where Oladipo comes in. Coming off the best season of his career, Oladipo’s offensive exploits would help ease the burden on Irving. Matching up with Klay would be a test for Oladipo, but his lateral agility and toughness could help keep Klay from going off.

Tatum would be the second Celtic needed to defeat the Warriors. Tatum’s ability to switch defensively — can guard Klay, Durant, or Green — is a huge plus for the team. Offensively, Tatum can help stretch the floor and knock down crucial threes. While young, Tatum’s performance during the playoffs last season should quell any concerns.

The last man needed to take down the dynasty is Embiid. Assuming Cousins is on the floor and getting good minutes, Embiid is the only player that can match his physicality. Embiid could take advantage of Cousins off the dribble, but also step out and nail a three. The length Embiid and Giannis provide would challenge the Warriors, but in the end I don’t think it would matter. The Warriors plus 70-percent of Boogie is too much for anyone to beat.

And there you have it. The Irving and Oladipo backcourt seem imperative to the East’s chances, as is the presence of another Boston Celtic whether that be Horford or Tatum. Antetokounmpo is really the only Eastern Conference player that stands a chance against Durant, and Embiid matches up favorably with Cousins. It’s quite remarkable that even with the East employing five All-Stars of their own, the Warriors would still appear to be slightly favored. 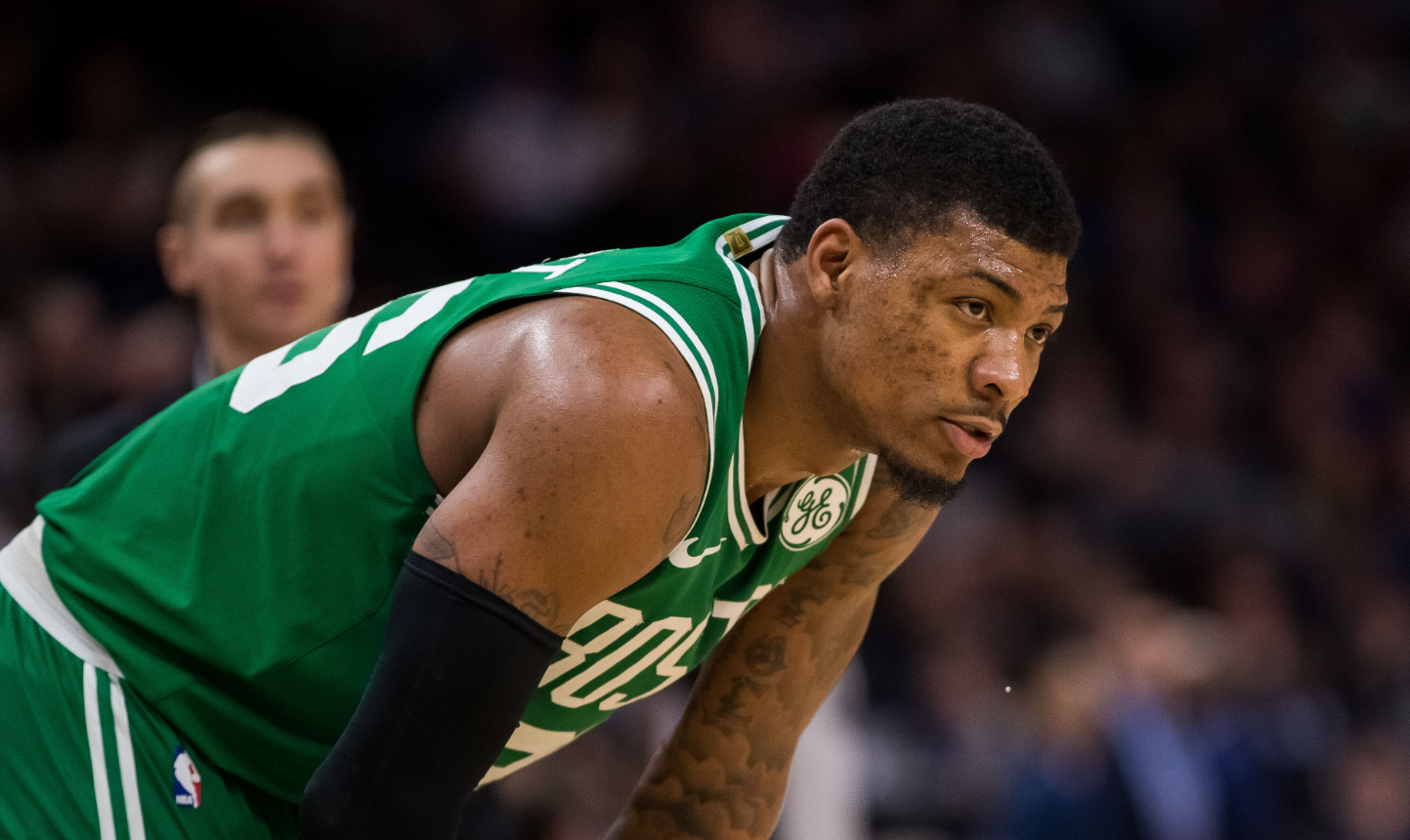 The 5 Best Remaining Free Agents And Their Potential Landing Spots