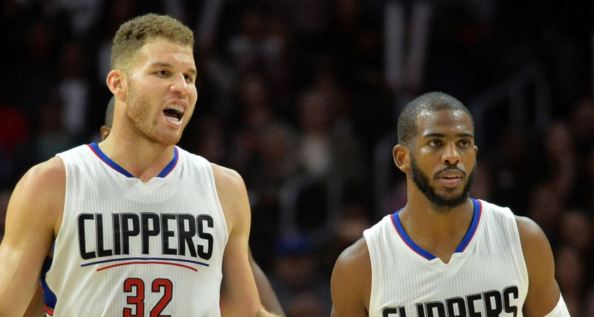 24 hours ago, there was talk of the Los Angeles Clippers posing a serious threat to the Stephen Curry-less Warriors in the second round of the playoffs. But fast forward to the present, and the Clippers suddenly appear unlikely to get out of their first round series with the Portland Trail Blazers.

Monday night’s Game 4 against Portland was a strong reminder to the entire league that any and all championship aspirations can change in the blink of an eye.

On a routine Gerald Henderson drive to the basket in the middle of the third quarter, Chris Paul reached in and stripped the ball loose. Coming back down court with the steal, Paul found J.J. Redick for a wide open three-pointer, but immediately grimaced once he released the pass. Visibly frustrated, Paul headed for the locker room, angrily yelling and kicking anything in his path along the way.

It was determined that Paul fractured his right hand, and had surgery Monday morning when the Clippers returned to Los Angeles. He is expected to be out 4-6 weeks, likely meaning we have seen the last of Paul this postseason.

As if losing their star point guard wasn’t bad enough, Los Angeles will also be forced to compete the rest of the playoffs without Blake Griffin. The superstar power forward has battled injuries all season, and after re-aggravating his left quadriceps injury only minutes after Paul left the game, the team deemed it best to keep him out for the rest of the season.

The Clippers now face the tall task of beating the Trail Blazers two of their next three games without their two primary superstars. And even if the Clippers manage to pull that off, they will have the Warriors waiting for them next round.

24 hours after the Warriors appeared to be in danger, they suddenly couldn’t look any safer.