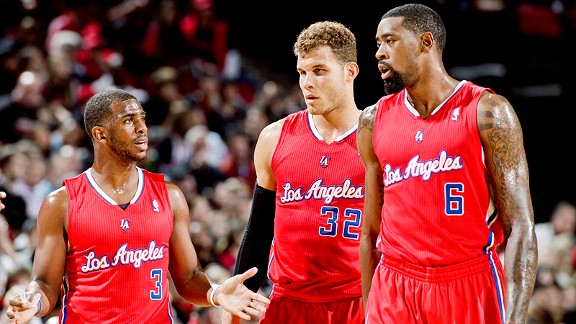 Offseason Recap
The Clippers seriously went through it all this offseason. In wake of yet another Conference Semifinals exit, it was a necessity to address the roster over the summer. Ballmer broke the bank as yet another spending frenzy took place in the heart of Los Angeles.

It all commenced with the questionable decision to ship Matt Barnes and Spencer Hawes for “Born Ready” Lance Stephenson. Although his nickname has not translated into his recent play, the swingman plans to give Lob City the spark they’re looking for off the pine this season. The New York City native will tag team with sniper J.J. Redick as the Clips plan to shore up the shooting guard position once and for all. The hope is that consistency at the position will prevent Doc from having any justifiable reason to give his son Austin some playing time.

The ancient product of Inglewood, Paul Pierce, and the truly unlucky lefty, Josh Smith, also joined the Clippers this offseason. The once desirable pieces now way past their primes will look to turn back the clock this season. Pierce’s value will be based solely on how many times he is interviewed saying “I called game.”

Lastly, we all found another reason to love Mark Cuban just a little bit more. Mr. Sharktank initially believed he had an agreement from DeAndre Jordan to join the Mavs in Dallas, but oh boy, he honestly could not have been more wrong. After initially pledging to Dirk and company, DJ decided to shock every single person west of the Mississippi and stay with the Clippers, ultimately saving Steve Ballmer’s life.

Locked out of a meeting for the first time since boy scouts in fifth grade, Cuban went absolutely ballistic. No matter how hard he tried, he couldn’t convince the dunking extraordinaire to stay with Dallas.

Overall, the Clippers won this offseason. They retained their high value asset in DeAndre Jordan and brought in veterans to help out the young guns. Message to all: beware of Lob City this season.

Best Case Scenario
The Clips finally win the title and Steve Ballmer and his entire Microsoft team control the streets of Los Angeles. This is really what this fan base needs. Being on the brink of victory time after time is creating heavy turmoil in the hearts of the Clipper faithful. It is just about time for this organization to finally come home with some jewelry.

Worst Case Scenario
CP3 and BG fail to make it to the Conference Finals, and Stephen Curry literally breaks Chris Paul’s ankle on a crossover. Doc is constantly in danger of getting the infamous “pink slip,” and yells so much that his voice becomes perpetually hoarse (wait, that already happened). DeAndre Jordan begins shooting free throws righty after starting the season 17 percent from the line, and then requests to be traded to the Mavericks when Chris Paul is too hard on him. The Clippers slip to the seven seed, lose in the first round, and decide to completely re-shape their roster. For most this seems unfathomable, but if there’s any franchise that can self-implode, it’s the Clippers.