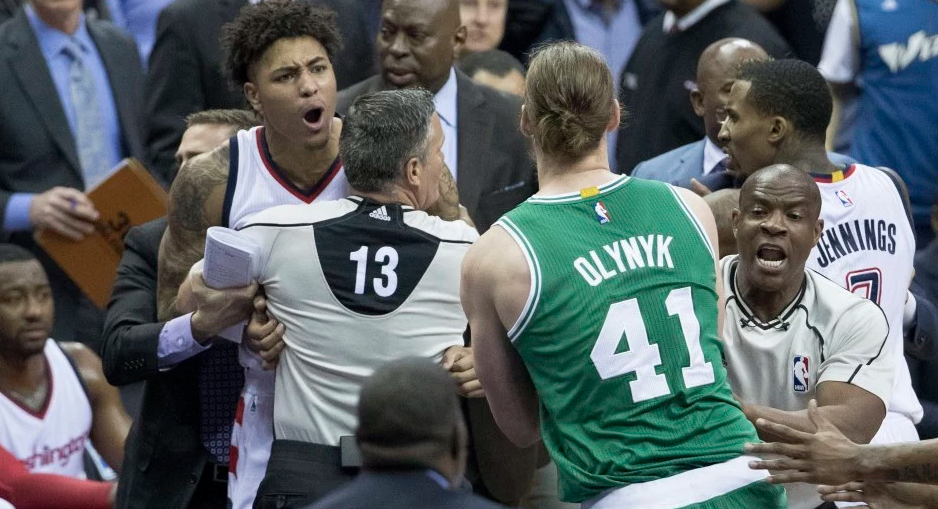 The clash between the Boston Celtics and Washington Wizards has delivered…and then some. Rarely does a series exceed the lofty expectations set for it, but this Eastern Conference Semifinals showdown has certainly done so.

In a postseason that has largely gone by the book, these two teams have given fans a reason to tune-in — even with the first five games all being decided by double-digits point totals. Whether it be Isaiah Thomas or John Wall exchanging in some competitive one-upmanship, or the Celtics tearing a page out of Washington’s book and donning all-black for the Wizards alleged “funeral,” this series has had plenty to get excited about.

These teams truly dislike each other — making each possession feel more important than the next. Game 6 is everything NBA fans craved, standing as the best single game of the NBA Playoffs thus far. It was a defensive struggle – first game in the series Washington didn’t score over 100 points – and had the sort of grittiness we as fans have come to expect from basketball in May.

Wall and Thomas were off for a majority of the night – combined 17-49 from the field – but found ways to be productive, as they ultimately hit big shots down the stretch. No shot though was as big as Wall’s go-ahead three to ultimately force a seventh game — a Game 7 that the NBA so desperately needed.

After the Cavs and Warriors quickly dispatched of their second round foes, the other two series were put on center stage. Many viewed these two match-ups as being meaningless. The winners would just be fodder for the conference’s superior foe that awaited them.

Just because the winner may eventually lose in the Conference Finals doesn’t mean this series holds any less significance though. Looking over at the Western Conference serves as a perfect example of this.

The Spurs looked dead in the water after getting decimated on their home floor in Game 1 against the Houston Rockets. Just ten days later, the Spurs were putting the finishing touches on the series, routing the Rockets on Houston’s floor by 39 points.

In just two weeks, San Antonio went from looking like their dynasty was crumbling to taking a 25-point first half lead over the Warriors. Of course, Golden State came roaring back – mainly due to Kawhi Leonard’s injury – but the game proved that even the mighty Warriors are vulnerable.

Cleveland will be a tough squad for either the Celtics or Wizards to dethrone. It’s not an impossible feat though, and whichever team prevails in Game 7 will surely have a bit of momentum on their side entering the Conference Finals. Boston has the leverage of having the home-court advantage over the Cavs, while the Wizards have plenty of star power in Wall on their side.

Boston will have the edge tonight entering Game 7, as the home team has won every game thus far, but Washington played well in the first two games in Boston and proved that they can execute end-to-end in TD Garden. It’ll come down to whichever team has the better game plan and which role players will complement their stars better.

Either way, we all owe a thank you to both of these teams for providing hours of entertainment throughout the series.

The NBA Playoffs sorely needed it.