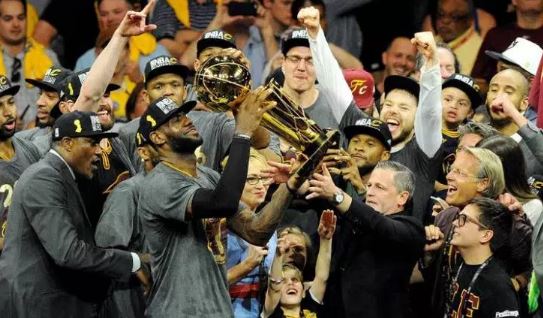 When the Cavaliers trailed 3-1 to the Golden State Warriors in the NBA Finals, critics quickly pounced on the idea that the roster Cleveland constructed wasn’t fit to win a championship. But titles have a magical way of erasing concerns, and Cleveland’s stunning comeback certainly did just that.

Only one week removed from the city’s first championship since 1964, general manager David Griffin has already made it known that he wants to keep as much of the team intact as possible:

“We do intend to keep this group together and see what we’re capable of. I think our best basketball’s in front of us because we finally organically grew to the point that we were ready to achieve something together.”

Griffin continued, “And so I expect you’re going to see better play from Kyrie Irving, who I think took a huge jump both as an individual talent and a winner throughout these playoffs. [And] I think Kevin’s fit with us is much more clearly defined.”

While it’s far from surprising to hear a defending champion say they would like to return the same team the following season, it comes as disappointing news to teams who were hoping to acquire Kevin Love. The stretch-four was the odd man out through much of the Finals, and seemed to be the logical trade chip if the Cavs were to fall short of a title for the second consecutive season.

Instead, Love turned in a strong Game 7, which included 14 rebounds, a plus-minus of +19, and the biggest defensive stop of his life. In 48 minutes, Love went from a piece of the puzzle that simply didn’t fit to an integral part of the Cavaliers moving forward.

Championships change narratives, and in this case, Cleveland’s narrative means changing as little as possible.