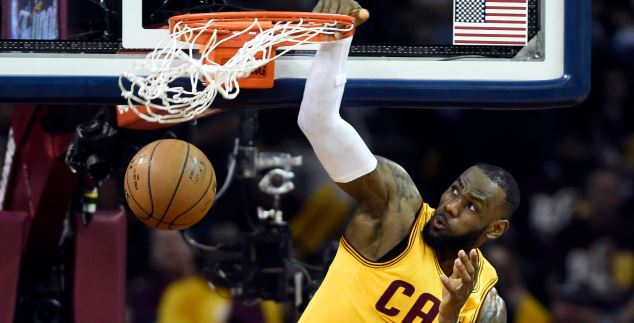 After getting outscored by 48 points in the first two games of the NBA Finals, questions about whether the Cleveland Cavaliers even deserved to be on the same floor as Golden State sprouted up. However, those concerns were quickly silenced in Game 3 as Cleveland raced out to a 9-0 start and never looked back.

Going on to win the game 120-90 in an absolute laugher, the Cavaliers finally looked like the team that steamrolled the Eastern Conference to get here. Cleveland shot a blistering 52.7 percent from the field while nailing 12 three-pointers in the process.

LeBron James was sensational with 32 points, 11 rebounds and 6 assists, and for the first time this series, he received help from his teammates. Kyrie Irving set the tone early, scoring 16 points in the first quarter (matching the Warriors’ total) and finishing with 30 points on 12-for-25 from the field. J.R. Smith also gave Cleveland a huge boost, scoring 20 points on 7-for-13 shooting.

And while Cleveland’s efficient offense played a key role in the runaway victory, it was their improvement on the defensive end that turned this back into an intriguing series. The Cavaliers managed to force 18 turnovers and held Golden State to 42.1 percent shooting from the field.

Most importantly, Golden State’s role players were unable to pick up the slack behind poor play from the “Splash Brothers.” For the third consecutive game, Cleveland managed to contain Stephen Curry and Klay Thompson, as the two combined for 8 turnovers and 29 points on 26 shots.

While there has yet to be a game this Finals decided by single digits, for the sake of entertainment, NBA fans got what they wanted Wednesday night: a Cleveland victory turning this back into a competitive series.

Friday night’s pivotal Game 4 will certainly be a war.