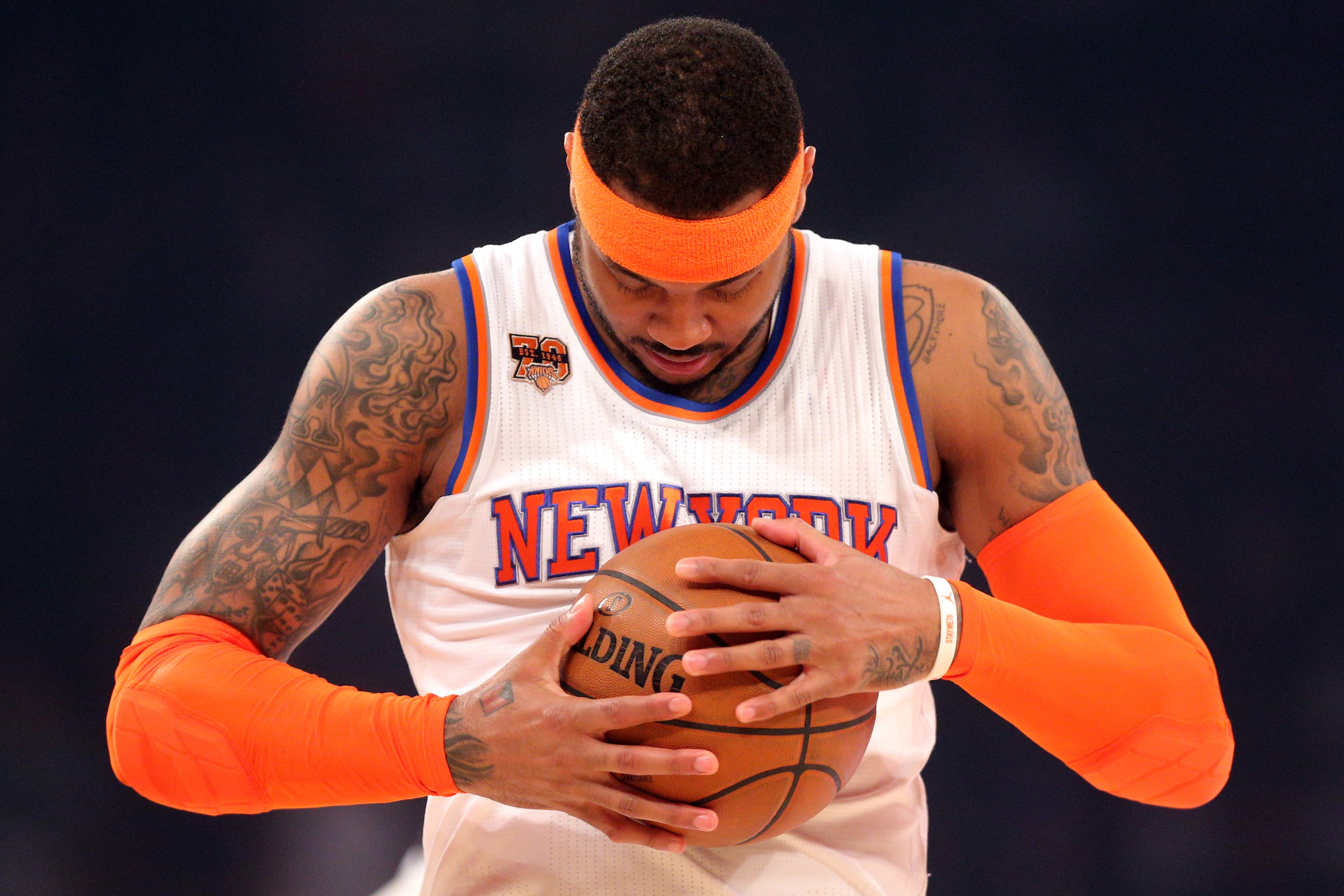 The Carmelo Anthony-New York Knicks relationship is straight out of a soap opera.

At one time, the marriage seemed perfect. Melo came back home to the East Coast after beginning his career with the Denver Nuggets. For the Knicks, acquiring an All-NBA talent seemed like the perfect recipe for ending a title drought spanning more than 40 years.

Anthony’s ties to the state of New York — both during his adolescence and college years — endeared him to the passionate fan base. When traded to the Big Apple in 2010, Anthony helped lead the team to the playoffs. This started a string of three-straight postseason appearances. Though the Knicks advanced only once in those three years, a 54-win year in 2012 gave the franchise hope going forward. During this span, Anthony averaged a career-high 28.7 PPG. He was unquestionably one of the best wings in the game — and was most certainly an exceptional scorer of the basketball.

As is the case in any relationship, Anthony has experienced peaks… along with the requisite valleys.

The insertion of Phil Jackson into the front office was intended to bring credibility, pedigree, and clout. Instead, it brought nothing more than a headache. The messiness and utter ineptness of this situation resembles that of a tabloid magazine in the checkout line. Jackson made no secret about his concerns over Anthony playing in his preferred (and antiquated) triangle offense. When it came down to re-upping Anthony, Jackson ultimately relented — signing Anthony to a 5-year deal worth $124 million.

Since re-signing Anthony, the Knicks have gone a combined 80-166. The Jackson-led era led to a multitude of bad signings and a perplexing attitude towards Anthony in general. He was bashed repeatedly in the media. Jackson publicly questioned Anthony’s ability to move the ball on the floor. This past April, Jackson made this comment:

“We have not been able to win with him on the court at this time and I think the direction with our team is that he is a player that would be better off somewhere else and using his talent somewhere he can win or chase that championship. Right now we need players that are really active, can play every single play, defensively and offensively. That’s really important for us.”

Owner James Dolan finally had enough, as he jettisoned Jackson last month. There are tons of questions revolving around this franchise. For one, is Kristaps Porzingis happy? He’s the unquestioned best (and perhaps only) asset on the roster at this time. He’s a piece the team can build around going forward — though it’s done little to suggest any competence in this category.  Secondly, can the new braintrust of Steve Mills and Scott Perry transform an aging and overpriced roster into one with versatile, young prospects? Lastly…will the Knicks become relevant again?

As for Anthony, it’s rather straight-forward: He needs to get out of New York.

The Knicks have gone through a pseudo-rebuilding project over the last few years. They’ve been caught in no-man’s land — often splurging for veterans (Derrick Rose, Courtney Lee, Joakim Noah) when the perceived natural course of action called for them to do the opposite. A temporary band-aid can’t adequately prevent a gaping wound from flowing with reckless abandon. This team needs to be built from the ground up. Utilizing a system rooted in development is key — as is the act of going young.

Anthony has simply not been put in a position to win. Yes, he’s not a player without warts. Anthony is a bit of a ball-stopper, and his defense has been compared to that of a parking cone. At 33 years of age, he’s certainly passed the apex of his prime. With that said, he can still put the ball in the hoop. He’s proven to be a prolific scorer in his advanced age — as evidenced by a 22.4 points-per-game average in 2016. Additionally, Melo shot a respectable 35.9-percent from three. His versatility is also something to note. Anthony’s ability to function as a small-ball four in certain situations often puts opposing defenses in a bind. He can spot up from three-point range (see his performance in the Olympics), post up smaller players, and also attack the rim in transition.

As such, Anthony holds value for some team…but not the Knicks.

We’ve seen consistent rumors which state Anthony’s desire to end up in Houston or Cleveland. Considering the volatility of the Cavs’ current offseason, there’s no guarantee that Melo will end up next to LeBron James. Houston doesn’t make a ton of sense from a fit standpoint. James Harden and Chris Paul — like Anthony — are ball-dominant players. Kinks would have to be worked out in order for the three of them to play with one another. With Paul and Harden’s collective basketball I.Q., this doesn’t seem too difficult to do.

Anthony’s career would completely be jump-started by getting out of a toxic relationship and into one where he’s appreciated for his talents. He will have to sign-off on a trade, and the Knicks will have to be convinced of a potential deal. However, getting Anthony out of New York will be beneficial for both parties involved. For the first time since the 2008-09 season, Anthony may be in line to play some meaningful basketball. 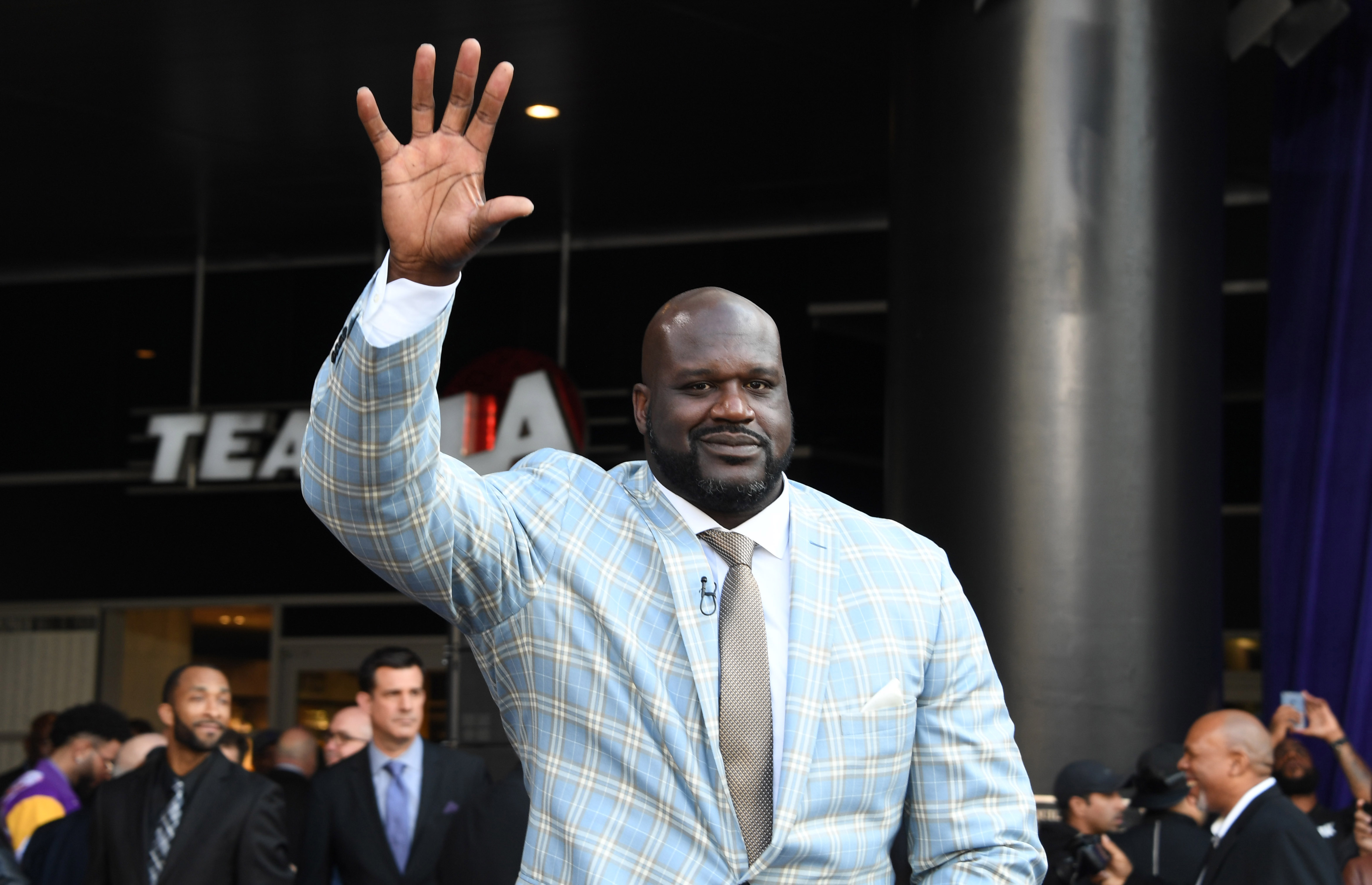