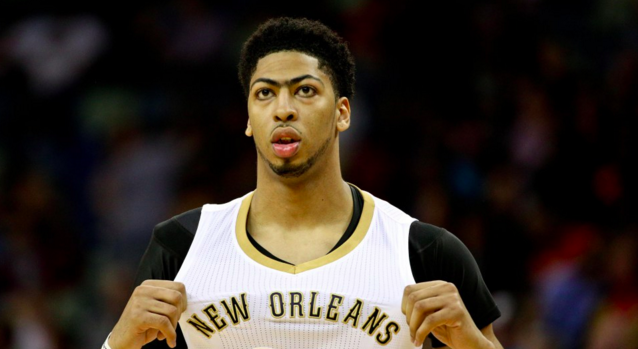 The New Orleans Pelicans have had as rough of a start to the season as the team could have imagined. With word that star Anthony Davis has sustained yet another injury to his shooting shoulder, dreams of making a giant leap in the hyper-competitive Western Conference seem all but lost. Davis is no stranger to playing through injuries, but it’s troubling for a team already missing Tyreke Evans and getting 30 percent of Jrue Holiday to have to worry about their franchise superstar’s health.

Coming into the season as an early front-runner to win the MVP trophy, Davis hasn’t exactly dominated the league. The 2012 No. 1 pick has put up solid numbers through his team’s first 10 games, but his efficiency has dipped well below his career averages. Shooting a measly 46 percent from the field, ‘The Brow’ has struggled to get easy looks.

Davis is attempting more threes than ever, which isn’t necessarily a bad thing with teams needing to respect his ability from beyond the arc. However, it has impacted the Pelicans’ go-to pick-and-pop offense that proved to be so effective last season.

In addition, having Davis patrol the three-point line has made spacing more difficult for sharpshooters Ryan Anderson and Eric Gordon. Gordon has struggled mightily from the outside to start the season, and Anderson has just begun to find his groove. If the Pelicans want to create better balance, Davis should spend more time in the paint to crash the offensive boards.

Although Davis’ defensive ability is unquestioned, the team has struggled as a unit and is arguably the worst defensive team in the league. Allowing a league-high 108.9 points per game, it’s a strong reminder that even an all-world defender such as Davis can’t completely carry a clueless unit.

Only a half game ahead of the Los Angeles Lakers – yes, you read that correctly – the Pelicans are looking more like a team that will be praying for ping-pong balls than one that will be making a deep run in the playoffs.