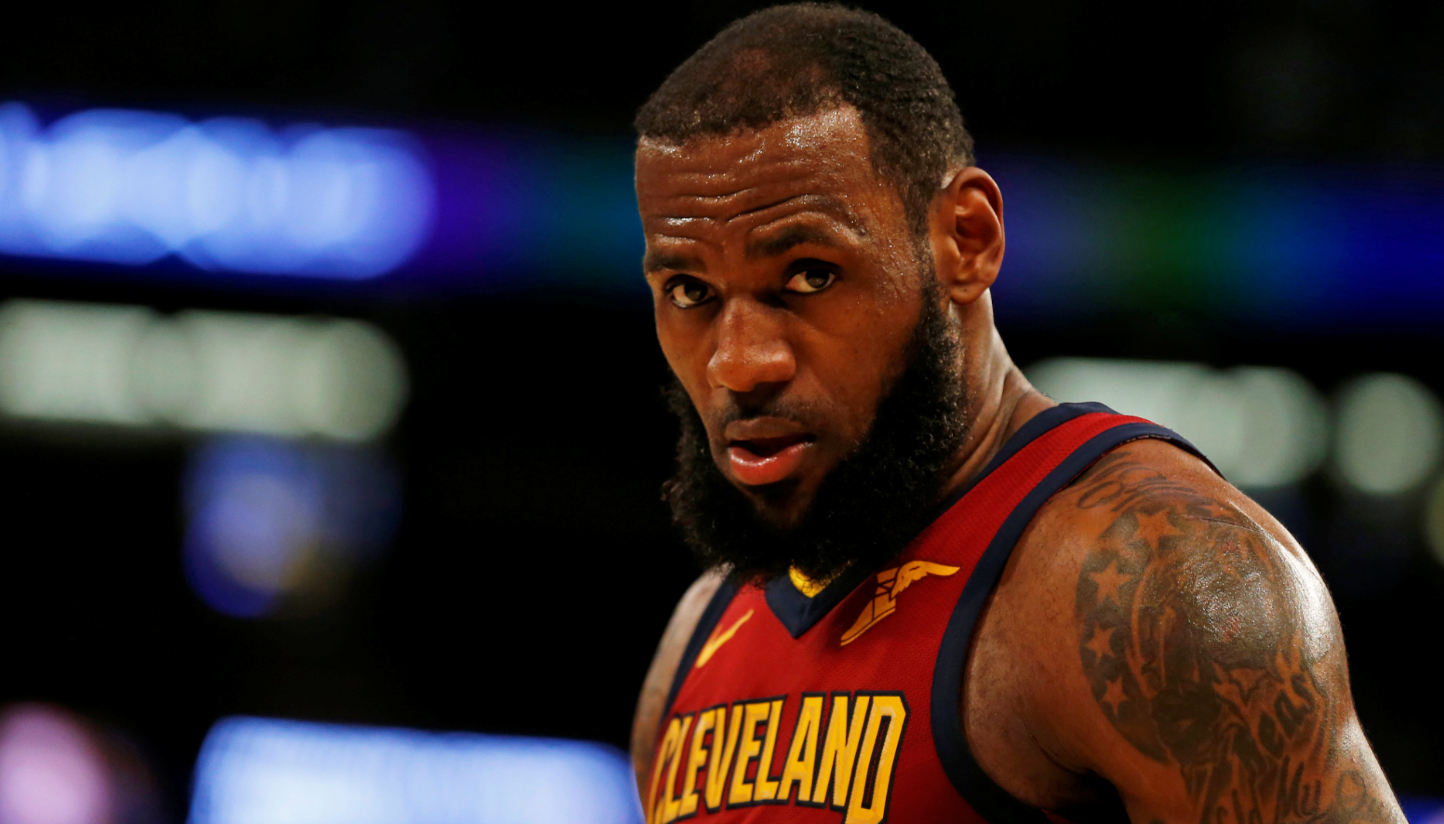 For years, the narrative surrounding Toronto has been its lack of playoff success. Kyle Lowry and DeMar DeRozan receive a majority of the blame for the troubles in postseason play. The star guards have seen severe hits to their shooting percentages and overall production during the postseason. Since joining Toronto in 2012, Lowry has shot 38-percent from beyond the arc — an elite mark given his volume (6.4 attempts per game). That percentage has dipped to 31.8-percent over the Raptors’ last four playoff appearances. DeRozan, a career 44.8-percent shooter, has made just over 40-percent of his shots in the playoffs. If Toronto ever wants to slay LeBron James and the Cavs, it starts with their two All-Stars. They have no chance of winning a tight series with the efficiency they’ve shown in past seasons.

Brad Stevens has gotten by on the offensive end without Gordon Hayward and Kyrie Irving by playing unselfishly. The philosophy is simple: Find the hot hand, get good looks, and hope they fall. Boston’s style works well in the regular season. Ball movement also looks much better when you’re playing against lottery teams and squads on a back-to-back. Playoff basketball is different. Being selfish is, often times, necessary. That’s why Kyrie is so special. You can’t quantify the boost that occurs when he knocks down an impossible shot following a beautiful string of dribble moves.

Without their two stars, generating offense will become a serious problem. It’s tough to be confident in the brick-laying back court duo of Terry Rozier and Marcus Smart — career 37.9-percent and 36.0-percent field-goal shooters.

The curious case of Fultz’s evolving shooting stroke remains a mystery. However, 2017’s No. 1 overall pick is ready to contribute in anyway he can.

Fultz has been on the floor for the last eight contests of Philly’s impressive 16-game win streak. He’s looked surprisingly good for a rookie that hasn’t played since October. His athleticism is solid, he’s making the right plays, and he doesn’t appear to be rushing. Fultz has certainly stayed within himself — attempting just one three-pointer. With that said, the incremental steps he’s making are a good sign for his long-term trajectory.

It will be interesting to see how much of a leash Brett Brown affords him in the postseason. As of now, he’s slotted in as the team’s back-up point guard. However, will Ben Simmons really spend that much time on the pine during the playoffs? Teams would pack the paint heavily against Fultz/Simmons lineups — though both players can post up smaller guards and get to the rim.

Either way, Fultz is another weapon on a suddenly deep Sixers roster.

What LeBron James is doing in his 15th season is simply remarkable. This might be the best he’s ever been on offense. The defense will come once the playoffs start — there’s no reason to believe otherwise. He’s in peak shape, and doesn’t appear sluggish in any way after completing his first 82-game season of his career. We know what he’s capable of, and the impact he has on every series. But if it was only up to LeBron, he’d probably be 8-0 or 7-1 in the NBA Finals as opposed to 3-5.

Cleveland’s playoff success will hinge on the “other guys.” I’m not talking about Kevin Love here. The UCLA Bruin has proven over his time in Cleveland that he can step up his play in the postseason. Cleveland’s best lineups will likely feature Love at center, and he’s been up for the challenge in past years.

No, the guys we’re talking about are the ones Cleveland acquired during February’s trade deadline — George Hill, Rodney Hood, Jordan Clarkson, and Larry Nance Jr. Some combination of the first three need to be locked-in from beyond the arc. LeBron is an all-timer at manufacturing corner threes for his teammates. Hill, Hood and Clarkson should be the beneficiaries of open looks all postseason long. Nance might end up being the team’s back-up center. If he’s playing well, Cleveland has no-use for the obsolete Tristan Thompson.

Lineups that have featured both Turner and Sabonis haven’t exactly thrived. On paper, the duo should work well. However, it’s been one of those situations where neither player is a consistent enough perimeter shooter to space the floor. Of Indiana’s 38 two-man lineups that have recorded at least 200 minutes this year, the Sabonis-Turner pairing ranks 36th in offensive rating. The only two lineups below them both include perennial bench warmer Joe Young.

Defensively is where you would think the duo shines, but it’s been a struggle there as well. This is probably because when they share the floor together, one of their skill-sets is mitigated when chasing around a shooter.

Turner and Sabonis are the Pacers’ second and third-best players. McMillan has to find a way to get them both on the court at the same time.

Rarely do you see a playoff-bound team so unabashedly zone-out their best player this late in the season. Admittedly, you could make a case for Goran Dragic being the team’s most important player. With that said, whatever Miami’s doing with Hassan Whiteside doesn’t make a whole lot of sense.

Even before the hip flexor, Erik Spoelstra was beginning to play his enigmatic center less and less. Kelly Olynyk has been very good in his first year in Miami. When he, James Johnson, and Justise Winslow occupy the frontcourt, the Heat can switch anything.

But regardless of Whiteside’s antics and limitations, this team possesses a higher ceiling when he’s on the floor. He’s one of the best shot blockers in the league, gobbles up rebounds at an elite rate, and finishes everything at the rim quite well. Miami isn’t completing a first-round upset with him pouting on the bench.

Somehow, the Bucks managed to surround today’s most modern star with the league’s most archaic roster.

Giannis Antetokounmpo was built in a lab to compete in today’s league. There’s literally nothing he can’t do on the court. Oh…and he also happens to be nearly 7-feet tall with the wing span of a pterodactyl. So what did Milwaukee surround him with? A bunch of guys who can’t shoot.

All the blame can’t be placed on the Bucks’ management. Mirza Teletovic would have alleviated some of their outside shooting problems, but he was released after dealing with severe lung issues earlier in the season. Khris Middleton hasn’t been as knockdown of a shooter as we thought, and Thon Maker has been unplayable. The Bucks have been so desperate for shooting that Jason Terry is still getting minutes in an NBA game.

Middleton at least scares defenses. Between Jabari Parker, Eric Bledsoe, and the returning Malcolm Brogdon, at least one of them needs to hit enough threes to unclog the paint. If not, Antetokounmpo is going to face some struggles against packed-in defenses.

The narrative that Washington is a better team without John Wall is simply untrue. They’re 22-19 without him this year, and 22-19 when he suits up. So if we’re strictly going by record, then the Wizards are at least the same with or without him. But the NBA doesn’t work like that. I refuse to believe playing without one of the five (maybe six?) best point guards in the world makes you a better team. Wall tries his ass off on both ends, plays with great pace, and finds open teammates both in transition and in the half-court. If he wanted to average 25 a night on 38-percent shooting, he certainly could. However, he’s a smarter player than that.

When it comes down to it, the reason why the Wizards stayed afloat during Wall’s absence was because of Beal. The All-Star 2-guard had the best stretch of his career — averaging 22.5 PPG, 5.7 APG, 4.4 RPG on 48-percent shooting from the start of January to the end of March. Wall coming back shouldn’t impede on the improvements Beal has made. His playmaking numbers might take a dip with Wall taking over ball-handling duties, but Beal has always thrived off-the-catch. If he can keep up his play with Wall being inserted into the lineup, the Wizards become increasingly difficult to defend.

We could watch Bradley Beal stepback 3s all day. pic.twitter.com/nLOkFAs7Qi 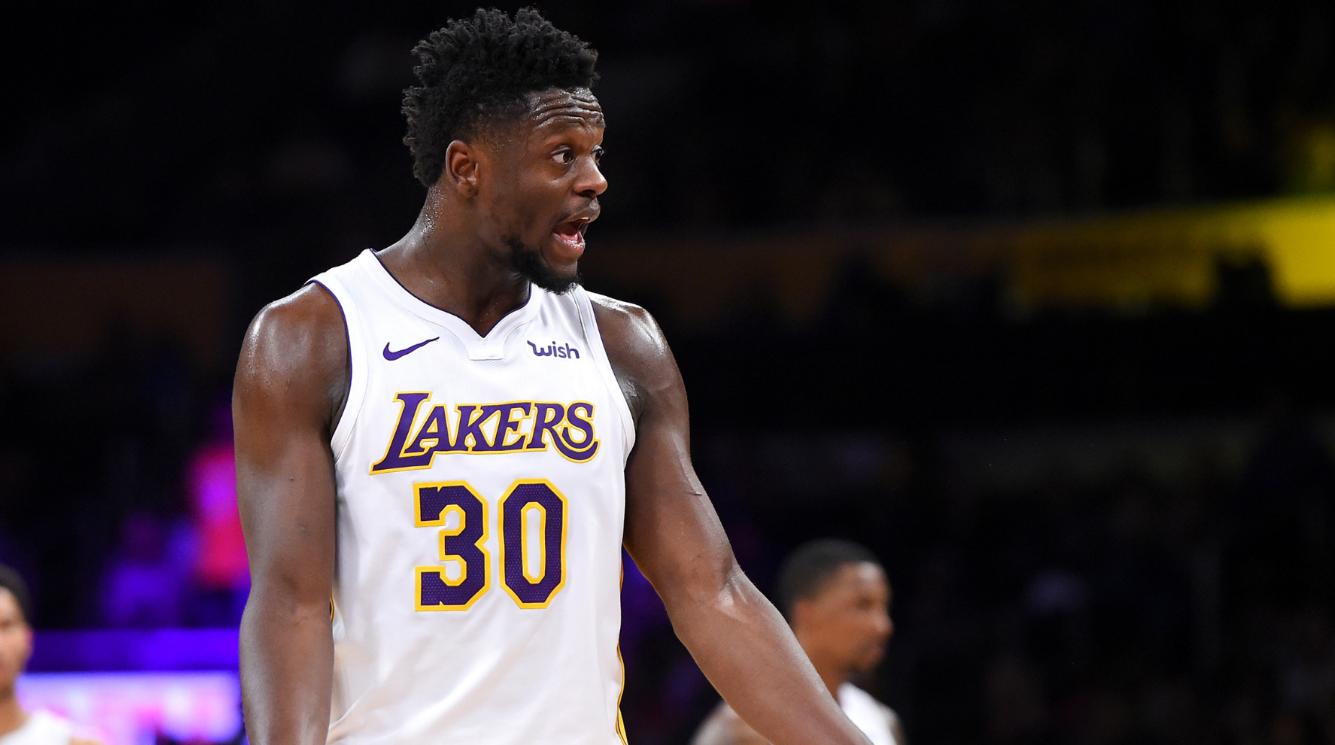 Which Restricted Free Agents Are Getting PAID This Off-Season?