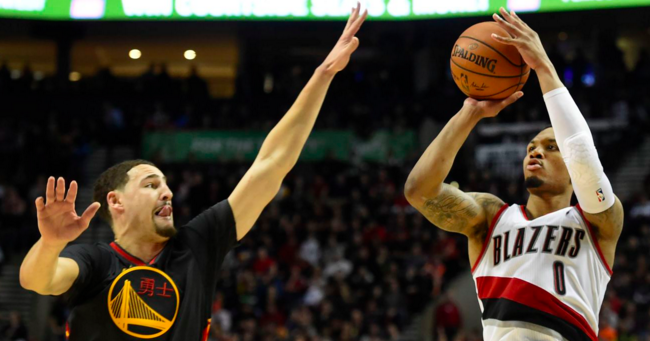 That’s what happened Friday night when Portland steamrolled the Warriors, 137-105, led by point guard and All-Star snub Damian Lillard’s career-high 51 points. The 4-year veteran from Weber State shot 18-for-28 from the field, outplaying MVP frontrunner, Stephen Curry, in the process.

Lillard was pulling up from another zip code on a few of the nine three-pointers he hit, while also getting to the rim at will. He routinely obliterated Curry and Thompson off the dribble and was the best player on the floor.

Here’s a look at his dominant performance:

Portland actually beat Golden State at their own game, hitting 17 shots from beyond the arc while shooting a ridiculously efficient 53.6 percent from the field. The Trail Blazers also contained the Warriors to 39.1 percent shooting and managed to force Golden State into an uncharacteristic 20 turnovers.

While many teams badly needed the rest the All-Star break provides, it seemed to do more harm than good for the Warriors. Now sitting at 48-5, this game was a quick reminder to Golden State that topping Chicago’s 72-win season won’t be an easy task.

The Warriors still have seven games remaining against the other top three teams in the West, and only hold a 3-game lead over the Spurs for home-court advantage. There’s no need to panic in Golden State, but Portland served as an immediate reminder that there’s no such thing as unbeatable in the NBA.