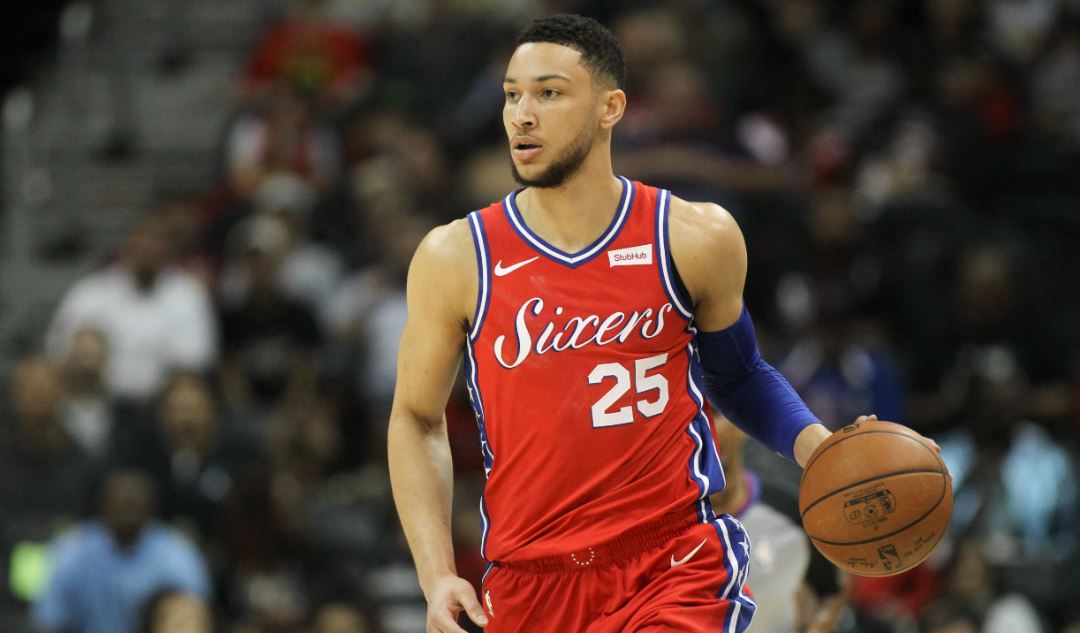 Magic Johnson’s rookie year is an all-time basketball legend, unsullied by the many impressive rookie performances of the last 39 years. The Magic-man finished his first NBA season just as his collegiate career concluded, leading his team to victory in a winner-take-all championship game. In Game 7 against Julius Erving and the Philadelphia 76ers, Magic started at center for an injured Kareem Abdul-Jabbar and led Los Angeles to its first of five titles. His performance earned him Finals MVP and tipped off a decade of dominant point guard play.

We don’t know yet what the postseason will look like for Philadelphia’s Ben Simmons, crown jewel of “The Process” and point guard extraordinaire. The 76ers have a chance to clinch the fourth seed and home court advantage this week; they’ve lost only once at home since December.

We do know that he’s the driving force behind the league’s most improved team – a 6-foot-10 tank who’s filled his redshirt rookie year with fast-break flushes and feeds to the flaming fingertips of J.J. Redick and Robert Covington.

With their latest victory – a 115-108 destruction of the pitiful Detroit Pistons – the Sixers notched their 12th win in a row and 23rd in 28 games. At 48-30, they’re the winningest 76ers team since Allen Iverson stepped over Tyronn Lue. If they win just one of their remaining five games, they’ll surpass the number of wins the Sixers accumulated from 2013-2015.

Here are Magic’s and Simmons’ regular season stat lines, near mirror images despite four decades of difference. They’re both the engine of talented teams, prioritizing rebounds and assists to fuel deadly fast breaks:

The most interesting element is Simmons’ 1979-like approach to three-point shooting. Magic debuted in 1979-80, the same season as the NBA three. Per Basketball Reference, the Lakers shot a total of 100 threes and made just 20 in 82 games. Seven times this season, the Houston Rockets have made 20 or more three pointers in a single game. As of today, they’ve made exactly 1200 in 78 games, the most ever in a season. Wayne Ellington, a reserve wing for the Miami Heat, recently broke the record for threes made off of the bench with 207. When Magic won his fourth title in 1986-87, just one NBA team made more than 207.

Simmons’ three pointer, however, seems to be stuck in the early 80’s. He’s attempted only 11 three pointers in 77 games and has yet to make one. He strays from jump shots almost entirely, content to crash the rim or unleash his arsenal of hooks and floaters. As a team, Philadelphia has shot the three well, 36.9% on 2,227 attempts (15th) including 7-foot center Joel Embiid’s 66-for-214 (30.8%).

Simmons masks this weakness with Magic’s signature skill: the ability to obliterate teams on the fast break. When defenders clog the lane, he’ll finish over them with a long-armed layup, weave through for a nifty and-1 or whip a pass to an open teammate. His elite vision is what makes the Magic comparison real. Check out this three-play sequence from a battle with Toronto, the top team in the East. On three different breaks, he creates layups from each side of the floor and a wing three, gateways opened by his constant motion and threat to launch himself at the rim.

All in all, Simmons’ rookie campaign is one of the most impressive to date. In a league that’s catered to a shot he can’t make, he’ll almost assuredly be the Rookie of the Year. The 21 year-old has performed admirably for stretches without his All-Star center, something Magic would appreciate. And somehow, just a year removed from one of the losingest three-year stretches in the history of professional sports, the Philadelphia 76ers will have a healthy shot at postseason glory.

Nobody saw a 50-win season coming for the Sixers or anything close to it. Starting shooting guard J.J. Redick revealed on his podcast that even the organization itself didn’t anticipate the success to come so fast. After all, the core of Simmons and Embiid missed 133 combined games last year.

Philadelphia, on the back of their post-up, pass-happy point guard, has indeed pulled a rabbit out of a hat in 2018.