With Ben Simmons likely missing most of the year, the 76ers promise to be absolutely terrible. However, the long-awaited premiere of Joel Embiid should soften the blow a bit for loyal Philadelphia fans. Nicknamed “The Process” by Embiid himself, the 7-footer will prove he was worth the wait. As an elite rim protector who can also stretch the floor or play with his back to the basket, Embiid should capture this award with ease and rival Karl-Anthony Towns for “best young big in the NBA” honors. Coming off the bench for the first time since his rookie season, Z-Bo should thrive. Much like Jamal Crawford and Manu Ginobili, Randolph should still see the floor in crunch-time situations, but will add a much-needed scoring punch to the Grizzlies’ second unit. Poised for another 15 and 8 season while helping lead Memphis to the postseason, Randolph should walk away with this award. In predictable Most Improved Player fashion, the award will go to a player who has always had the talent, but is benefitting from a huge spike in minutes played. With Jeff Teague now in Indiana, Dennis Schroder takes over starting duties for a Hawks offense that won’t miss a beat. The German 23 year-old was effective leading the second unit last season, averaging 11.0 points and 4.4 assists in only 20.3 minutes of action. As one of the quickest guards in the league, Schroder will build on those numbers, contend for an All-Star selection, and take home the award with ease. At only 39 years old and entering his fourth season coaching the Celtics, Stevens has already established himself as one of the brightest minds in the league. On the heels of back-to-back playoff appearances, Stevens and the superstar-less Celtics will take a major step forward this year and finish with the No. 2 seed in the Eastern Conference. Stevens will deservedly receive much of the credit for this, and win his first (and certainly not his last) Coach of the Year award. Yes, it’s a boring pick, but it’s hard to go against the greatest perimeter defender the league has ever seen. Leonard will join Dwight Howard as the only other player in NBA history to win this award three straight years. The 6-foot-7 freak of nature uses his length and quickness to make life miserable for every opponent, and at only 25 years old, he’s only getting better. The easiest case to make for Kevin Durant is to first explain why others won’t win. Much to the chagrin of fans of advanced analytics, the strongest indicator of a player winning the Most Valuable Player award is for that player’s team to win. Since 2000, a total of zero players have won the MVP award with their team finishing third or worst in their respective conference. That already eliminates Russell Westbrook, James Harden, Anthony Davis and any other player who isn’t on the Warriors, Clippers, Spurs, Cavaliers, Raptors or Celtics (the only 6 teams with a chance at a top-2 spot in their conference).

Neither the Celtics nor Raptors possess a dominant enough superstar to even warrant MVP consideration. Blake Griffin and Chris Paul have carried the Clippers in recent seasons, but neither has even finished second in the voting. A jump to first on people’s ballots this year doesn’t seem likely. Kawhi Leonard has firmly established himself as a superstar, but he isn’t dynamic enough on offense to claim this award. LeBron James will ‘coast’ through the regular season with his typical 25-8-6 stat line that everyone takes for granted, drawing little MVP chatter as he rests up for the postseason.

So, we are left with Golden State’s two superstars.

It remains to be seen how exactly the Warriors’ offense will operate, but Stephen Curry’s stats seem nearly guaranteed to regress with Kevin Durant’s arrival. And while the way Curry scores is often breathtaking, he doesn’t necessarily fill up the stat sheet in other categories to make up for his loss in scoring. Plus, voter fatigue within the NBA circle remains very real. After two straight years of Stephen Curry winning the award in resounding fashion (reminiscent of LeBron winning four in five years), voters will likely be more inclined to vote for someone else.

Enter Kevin Durant, who should emerge as Golden State’s leading scorer and will shine this season under the microscope. As the most versatile scorer on the Warriors, Durant will fit in seamlessly and get more easy looks than he has ever had in his career. With the ability to stuff the stat sheet along the way as he proves to skeptics that he made the right decision this offseason, Durant will capture his second career MVP award. 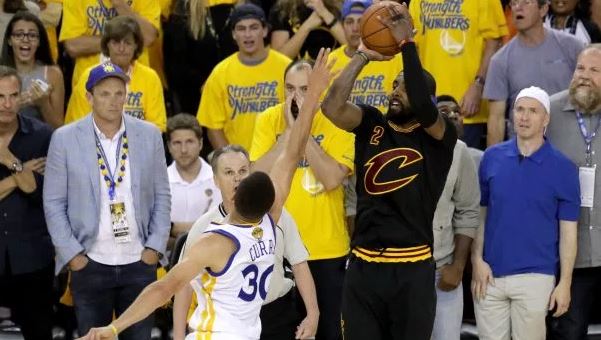