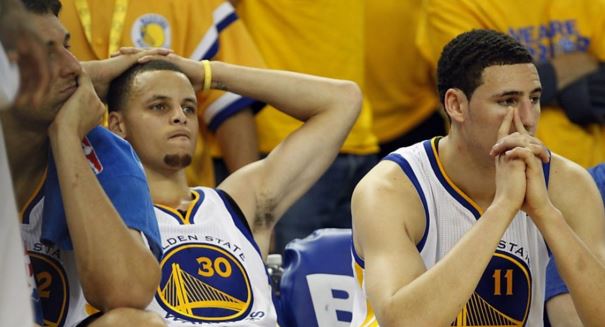 The playoffs are approaching, and despite an incredible 70-9 record, the Golden State Warriors are not clicking on all cylinders. Golden State has lost two of their last four games at home, and appear both physically and mentally exhausted.

Forward Draymond Green was totally transparent with the media following Golden State’s overtime loss to the Minnesota Timberwolves, saying the team has gotten distracted by the thought of breaking the 1995-1996 Chicago Bulls’ regular season record of 72 wins.

While the tiredness Green alludes to is completely fair, it’s a very different attitude from the one the Warriors were exuding heading into April. Golden State was 68-7, and only needed to finish the season 5-2 to break the all-time mark. But thanks to surprising home losses against the Celtics and Timberwolves, the Warriors will need to win their remaining three games to get to 73 wins.

One of those games will take place on the road against San Antonio, where the Spurs are a perfect 39-0 this season. No NBA team has ever gone a perfect 41-0 on its home court before, meaning the April 12 showdown could have historical significance for both squads.

And while it always remains to be seen whether Spurs head coach Gregg Popovich will even play his starters so close to the start of the playoffs, San Antonio actually has a chance at completing a record worth competing for.

History will be made this season – we just have to wait and see whether it’s the Warriors or Spurs on the right side of it.