In what’s been the biggest — and most surprising — trade of the NBA season, the Los Angeles Clippers have decided to jettison franchise icon Blake Griffin to the Detroit Pistons for a package primarily centered around draft picks and long-term cap relief.

There are a number of things wildly fascinating about this transaction. For one, Los Angeles just signed Griffin to a 5-year/$173 million contract this past summer. Rarely (if ever) have we seen a team commit max money to a player — only to then trade him in the ensuing season.

Secondly, we’d be remiss if not speaking to Griffin’s impact on the franchise. Let’s face it, the Clippers had been a laughing stock for decades prior to his arrival. It was an inept group stuck in perpetual mud. Playing second-fiddle to the Lakers didn’t help — though collective moments of both success and excitement were few and far between.

Griffin — a 5-time All-Star — led the Clippers to six-straight playoff appearances. It was by far the franchise’s most successful stretch from a winning standpoint. Paired with Chris Paul and DeAndre Jordan, “Lob City” was the best attraction in town (even over the struggling Lakers).

That’s all for naught — as the braintrust of Lawrence Frank, Jerry West, and Michael Winger decided to blow it all up in favor of going young.

From the Clippers’ standpoint, this deal largely was motivated by clearing Griffin’s albatross of a contract off the books. LA essentially placated the fan base by re-signing him during the offseason. A grandiose presentation included public intentions to make Griffin a lifelong member of the Clippers. With Chris Paul walking out the door, the franchise did need to offer the fan base something to keep them invested. Gutting the squad of its two-best players in one offseason certainly doesn’t send a message of “We’re chasing a championship!” As such, it could’ve been a case whereas owner Steve Ballmer and company were compelled to bring Griffin back into the fold. And also…this is the Clippers we’re talking about. It’s not too often to see them have a player of Griffin’s caliber.

Avery Bradley will be a free agent at year’s end. It wouldn’t be a shock to see him ultimately leave for greener pastures. At the very worst, he’ll help LA stay competitive in the interim — particularly since the Clippers are knocking on the playoff’s front door.

Tobias Harris does hold some value. The 6’9″ tweener can flip-flop between either forward spot. He’s not a great defender — though Harris is an exceptionally gifted offensive player.

The Clippers can utilize him in pick-and-roll situations. Harris also can create his own shot off the bounce — as well as spot up from beyond the arc. He’s currently shooting 40.9-percent from three-point range. These numbers would lend itself to seeing Harris in many pick-and-pop scenarios. Duly, he’ll offer the Clippers much more than Griffin in the way of spacing.

Boban Marjanovic is nothing more than a salary filler. While a high-character guy, his lack of stamina limits his overall effectiveness. Marjanovic is the quintessential 10-minute-a-game back-up center in today’s NBA. Detroit’s first-round pick could fall anywhere between the 10-15 range. The Clippers would be poised to add yet another controllable asset for a relatively minimal amount of money. Los Angeles will remain active up until the Feb. 8 deadline. DeAndre Jordan and Lou Williams are the two players with the most value. Jordan will likely opt out and test free agency after the season. Williams will be a free agent at the conclusion of this year. As such, LA would be foolish to try and not seek some sort of compensation — particularly since Williams is currently playing out of his mind.

There’s a large shift currently occurring from a philosophical standpoint. By uprooting virtually the entire roster, the front office is clearly trying to go in a younger direction. That’s not to say — however — that the Clippers won’t be highly active in free agency this offseason. There are few teams possessing enough cap space to sign a max free agent. With Griffin now in Detroit, LA has thrown its hat into the proverbial ring as a competitor to the likes of the Rockets, Pacers, and Lakers for a big-name player this upcoming summer.

As for Detroit, this deal represents much in the way of risk. There’s got to be some perspective when looking at the Pistons’ point of view. Detroit is not — nor will it ever be — a free agent destination. Smaller market clubs have to build primarily through the draft and via trades. Griffin would never have looked at Detroit as a potential destination back when he was a free agent. However, as fate would’ve had it, Griffin’s decision to get a guaranteed fifth year as opposed to four years + a no-trade clause unintentionally landed him in the Motor City.

Griffin is a very good player. He handles the ball as well as any power forward in today’s NBA. With his versatility, Detroit can go small with Griffin at the five. This would then (in theory) enable the Pistons to play at a much faster pace.

The pairing of Griffin with Andre Drummond is also intriguing. Drummond — like Griffin — is a fantastic passer of the basketball. Griffin is extremely comfortable bringing the ball up court. The possibilities off of pick-and-rolls involving Drummond and Griffin are plentiful. Though there are some similarities between Drummond and DeAndre Jordan, Detroit’s center is far more creative with the ball in his hands.

Credit should be given to Stan Van Gundy for rolling the dice on this move. Griffin is a top-15 player in the league. At only 28 years of age, Detroit has him under control for four more seasons. However, we should offer this caveat: Griffin is a top-15 player in the league when healthy. Many of Griffin’s injuries have been freakish in nature. However, the continual amount of them have piled up over the years. For a player relying heavily upon athleticism, it’s been apparent that Griffin no longer lives in the paint (and above the rim) like he once has. We’ll see flashes of this brilliance — though it’s occurring far less than it once did.

Due to his diminishing athleticism, Griffin has tried to expand his game out to the perimeter. He’s made gains in this category. When first entering the league, Griffin struggled with any shot beyond five feet. While he can make threes, he doesn’t necessarily hit them at a high clip. Griffin is shooting 34.2-percent from three. It’s not bad — though not great when considering the rest of the league.

Conventional wisdom states that a big man should be able to protect the rim reasonably well. Griffin currently averages a paltry 0.3 blocks per game. This will be mitigated a bit when Drummond is on the floor — though a potential small-ball lineup featuring Griffin and a combination of Stanley Johnson, Jon Leuer, Anthony Tolliver, or Henry Ellenson certainly won’t offer any semblance of rim protection.

Lastly, Griffin’s injury history — plus his gigantic contract — limits Detroit’s flexibility going forward. The trio of Griffin, Drummond, and Reggie Jackson are owed over $70 million annually over the next three years. Simply put, is this core good enough to make Detroit a contender in the Eastern Conference? Is it even good enough to make them a potential top-four seed?

This transaction between the Clippers and the Pistons was immensely striking. Detroit is attempting to vault itself into relevancy — while LA is trying to re-calibrate in the aftermath of trading away arguably the franchise’s greatest all-time player.

It will be fascinating to see how this all shakes out in the upcoming year. 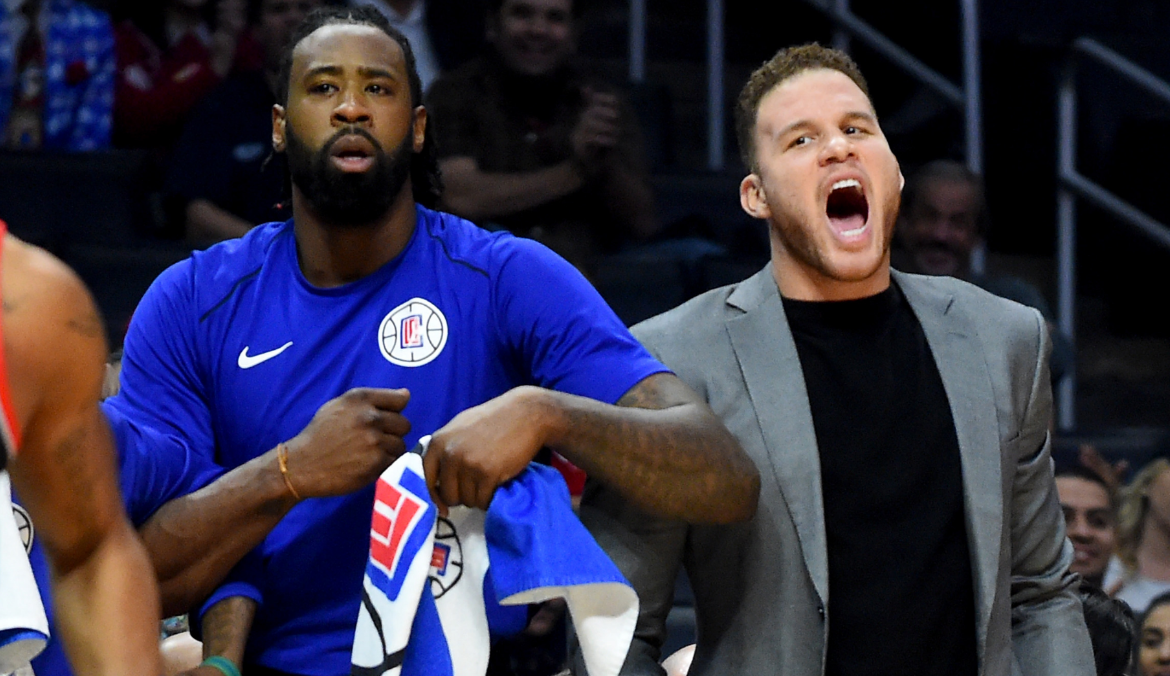