Next year’s NBA Free Agent class figures to be one for the ages. There are a plethora of elite players available on the open market. For some teams, a single signing could take them from toiling in lottery obscurity to becoming a sure-fire playoff threat.

There are a number of aspects guiding the path for any free agent. For one, is the player happy in his current situation? There are times when a player wants to leave for an enhanced role, or even for more money. Duly, the player may want to stay — though the lack of cap space by his current team could make this possibility unlikely.

Secondly, there’s the issue of player options, team options, and restricted free agency. Any team can sign a restricted free agent to an offer sheet — though the player’s original team can match the offer, whilst adding an extra year (and money) onto the back-end of it. Should the team be in charge of the potential contract option, it can keep the player at the agreed price — or let them walk. The same can be said for the player, whom may want to stick with his original team or look to opt out as a means to garner another contract.

This piece will look at the top free agents available in 2018. The players in question will be broken down into three tiers based upon a number of factors: Durant isn’t going anywhere. He’s fallen in love with the culture at Golden State, and has firmly taken the reins of the franchise as the guy. The Warriors’ front office will do everything in its power to come to an agreement with Durant — who appears to be unwilling to even entertain the idea of testing the open market.

The same can be said for restricted free agents Gordon, Capela, Parker, and Jokić. Gordon has broken out in a big way this season — averaging 18.3 PPG and 8.0 RPG on 49-percent from the field and 40.1-percent from three-point range. He’s solidified himself as the main building block going forward for the Magic.

Jokić has quickly developed into one of the league’s most versatile big men. Crafty as both a passer and play-maker, there’s not much he can’t do down on the block. At only 22 years of age, Denver will match any contract offer thrown his away.

Capela is the perfect fit for Houston’s up-and-down style of play. He runs the floor exceptionally well, blocks shots at a high clip, rebounds like a demon, and converts on virtually every look around the rim. In many regards, he’s the second-most important player on the roster after James Harden.

Parker is a bit of a gamble. He’s coming off of two ACL surgeries in the last three years. We’ve seen glimpses of his brilliance — though his inability to stay on the floor makes his long-term future a bit of a question mark. Regardless, Parker and the organization have a strong rapport with one another. It’d be highly unlikely to see the Bucks not match any deal.

Prediction: All will re-sign with their current clubs

Up In The Air Here is where things get interesting.

There’s plenty of star power within this tier. The obvious and most notable name within this group is James. Cleveland Cavaliers fans have been sitting on pins and needles in anticipation of what’s to come. The same can be said for those supporting the purple and gold in Los Angeles. Many of the Lakers’ faithful — delusional or not — firmly believe that James will sign up to play under the direction of Magic Johnson.

“Boogie” has been playing at an unbelievable level for the Pelicans (25.9 PPG, 12.1 RPG, 1.4 BPG). Unlike others mentioned within the piece, he’s an unrestricted free agent. As such, New Orleans has a much tougher time keeping him in the fold. It appears that he’s found some stability with the franchise. Paired with Anthony Davis, the duo is exceptionally good together. Still, there’s the thought that he may want to play in a bigger market.

Paul has been injured for much of his tenure with the Rockets. After turning down a huge sum of money from the Clippers, the perennial All-Star is betting on himself to bounce-mark in what appears to be the latter stages of his career. Though he’s lost some quickness and agility, Paul is still a highly productive player.

Bradley and Smart have some similarities. Both are younger, and are widely considered two of the most defensively-gifted guards in the league. Smart is essentially a power forward in a (burly) point guard’s body. He sets the tone for Boston on that end of the floor, and is often tasked with trying to check the opposition’s best player. Bradley is a far more advanced player offensively — which includes being a 40-percent shooter from beyond the arc.

See You In A New Zip Code Hood is in line for a hefty payday. Though he’s having a career year across the board, it’s been effectively squashed due to the emergence of Donovan Mitchell. Hood has seen his role recently teeter between being a starter and a top reserve. With the amount of money routinely thrown around, a team with cap space could opt to offer Hood near-max money. If this scenario ensues, Utah is unlikely to match.

Thomas is a very interesting one in this scenario. Despite his immense brilliance as a basketball player, there are questions as to how he will eventually evolve in the second-half of his career. Thomas has obvious defensive deficiencies. In order to be truly effective, the ball has to be in his hands. Also, it’s not certain as to how much a team will invest in a (generously listed) 5’9″ point guard with a serious hip issue. He’ll get money somewhere — though barring a Championship run, it’s doubtful he’ll continue his career in Cleveland.

With Jerry West running the personnel operation, it appears as if Jordan doesn’t stand to last long in Los Angeles. The Clippers face the real proposition of ‘blowing it up’ in order to build around an often-injured Blake Griffin. Jordan does hold a $24.1 million player option for next year — though it’s feasible to assume he’ll opt out in order to garner a lengthier contract. As he approaches his 30th birthday, this could be Jordan’s last big contract before his play inevitably tails off.

George has been involved in the NBA’s worst kept secret over the past year. Everyone and their mom knows of his intention to sign with the Los Angeles Lakers upon becoming a free agent. LA still remains the prohibitive favorite to land him — though there are rumblings that the Golden State Warriors could find themselves in the sweepstakes. How that happens remains to be known — though one can’t put anything past Bob Myers. 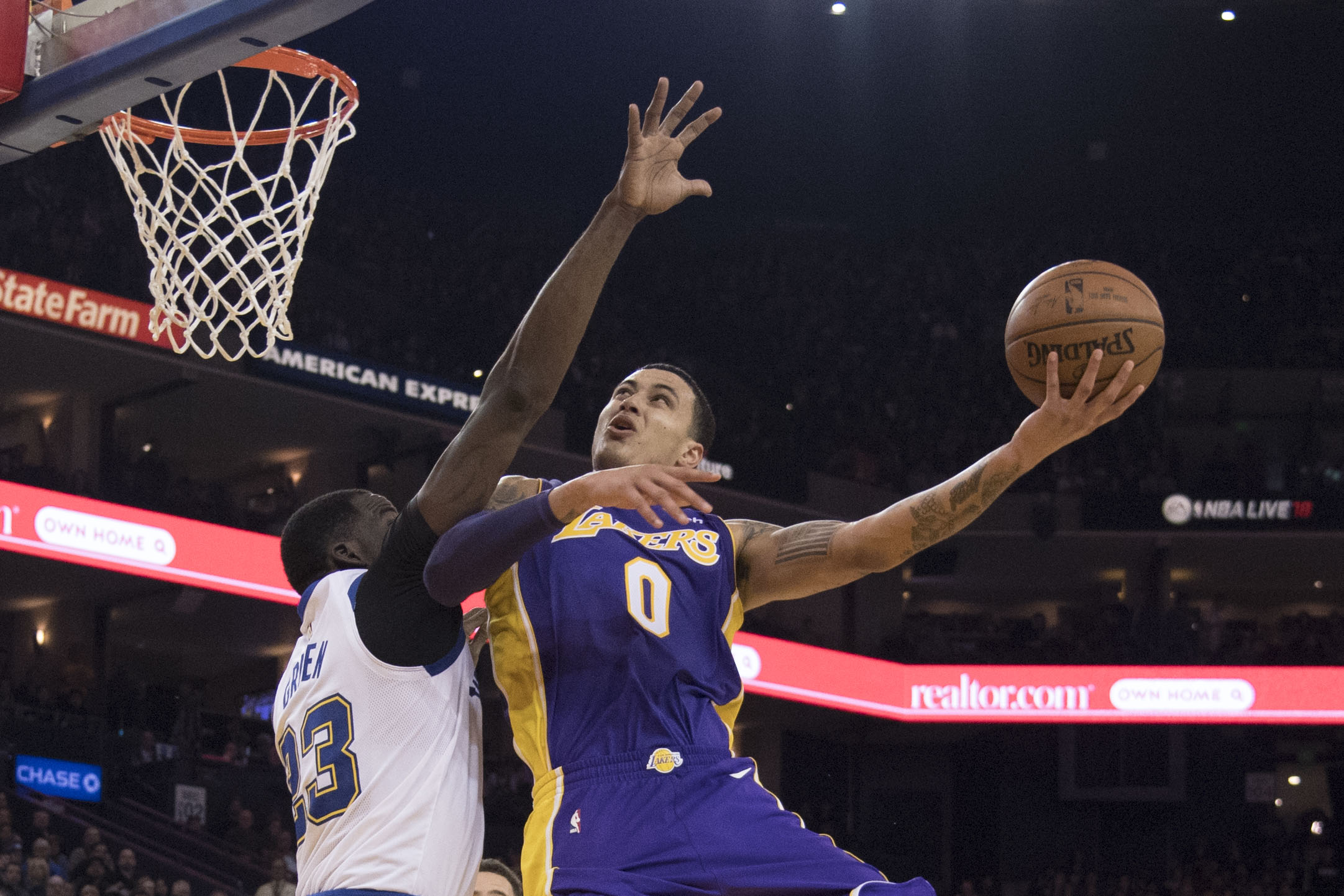