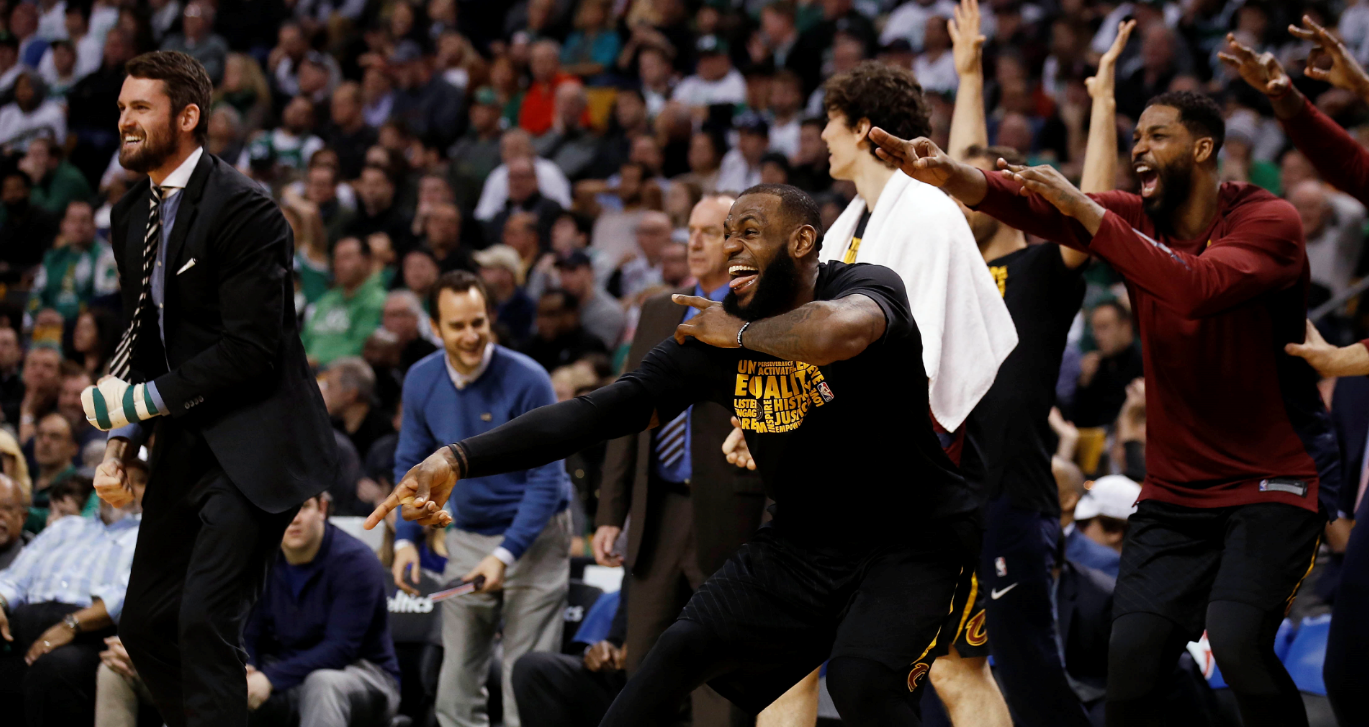 Cavaliers General Manager Koby Altman did everything he could before the trade deadline.  A chaotic first half of the season ensured there would be drastic roster changes across the board.

With top trade asset Kevin Love on the mend, and Isaiah Thomas playing horrifically, Altman was left with virtual scraps to construct a roster that would appease LeBron James. If the new group’s first game is any indication, the young GM seems to have done alright for himself.

With their new additions in tow, the Cavaliers destroyed the Celtics in Boston (on Paul Pierce’s jersey retirement night nonetheless). Cleveland dismantled the Celts — knocking down 16 threes and controlling tempo for the vast majority of the game. James was in peak form, notching 24 points, 10 assists, and eight rebounds in just 28 minutes of action. However, the real story in this game was the play of Cleveland newcomers George Hill, Rodney Hood, Larry Nance Jr., and Jordan Clarkson. The quartet combined for 49 points in the victory. Above all else, each was instrumental in upping the respective tempo with which the team played.

Only so much can be said about a regular season game in February. However, there’s plenty of reason to remain optimistic over Cleveland’s future outlook. The flurry of trades prior to the deadline has led to a younger, hungrier and faster roster. As such, it appears to be better equipped to breeze through the Eastern Conference Playoffs.

Hill replaces the disgruntled Thomas. Thomas was never going to be a perfect fit after his MVP-caliber season from a year ago. The former Celtics star figures himself as a No. 1 option, and plays accordingly. Hill offers a different dynamic as more of a combo guard. He can serve as the team’s primary ball handler, but thrives when moving off screens and playing away from the ball. He’s also a far more capable defender than Thomas ever was, and can guard either backcourt position.

Hood will eat up Jae Crowder’s minutes. It wasn’t long ago that Crowder was looked at as the secret gem in the Kyrie Irving trade. His 3-and-D versatility was thought to be a perfect match alongside an all-time playmaker in James. The pairing never quite worked out. In just his first game with the Jazz, Crowder explicitly made it clear how much he prefers “playing within a system”. With the Celtics, Crowder knew exactly when and where he was going to get his shots. Playing on a James-led team is a different story. He never adjusted, and struggled mightily from deep (32.8-percent). Hood is a more natural fit on the wing. He’s far more creative off-the-bounce than Crowder, and is a more accomplished long ball shooter (37-percent for his career).

Clarkson is essentially the offensive version of Iman Shumpert. He’s an athletic, one-way guard with an irrational sense of confidence. The latter fell out of favor in Cleveland due to injuries and a lack of offensive production. Clarkson adds a jolt to the second unit, and can run a little bit of point in spurts. He’s instantly the best scoring option Ty Lue has off of his bench.

Nance Jr. brings much needed energy to the formerly apathetic Cavaliers. He’s good for a few highlight reel plays per game, can defend multiple spots, and will hustle on both ends.

Altman made the Cavs better at the trade deadline. This was done despite possessing the league’s oldest roster — as well as not having the ability to trade an injured Love. Altman did this without having to relinquish Cleveland’s most valuable asset (Brooklyn’s 2018 first-round pick). They now have more shooters and capable ball handlers. Although Crowder and Shumpert are better individual defenders than anybody the Cavs added, the team’s defense already looks better with an injection of youth.

Additionally, James looked happier on Sunday than he has all season long. James having fun is great for Cleveland and absolutely awful for the other 29 teams in the league.

There’s no telling the long-term effects of Cleveland’s frantic acquisitions. Adding Hill and Clarkson meant also absorbing their hefty contracts that won’t expire for two more seasons. It’s an all-in move that certainly comes with risks. But the Cavaliers couldn’t afford to stand pat, and they made all the right moves to position them for a fourth-consecutive run to the NBA Finals. 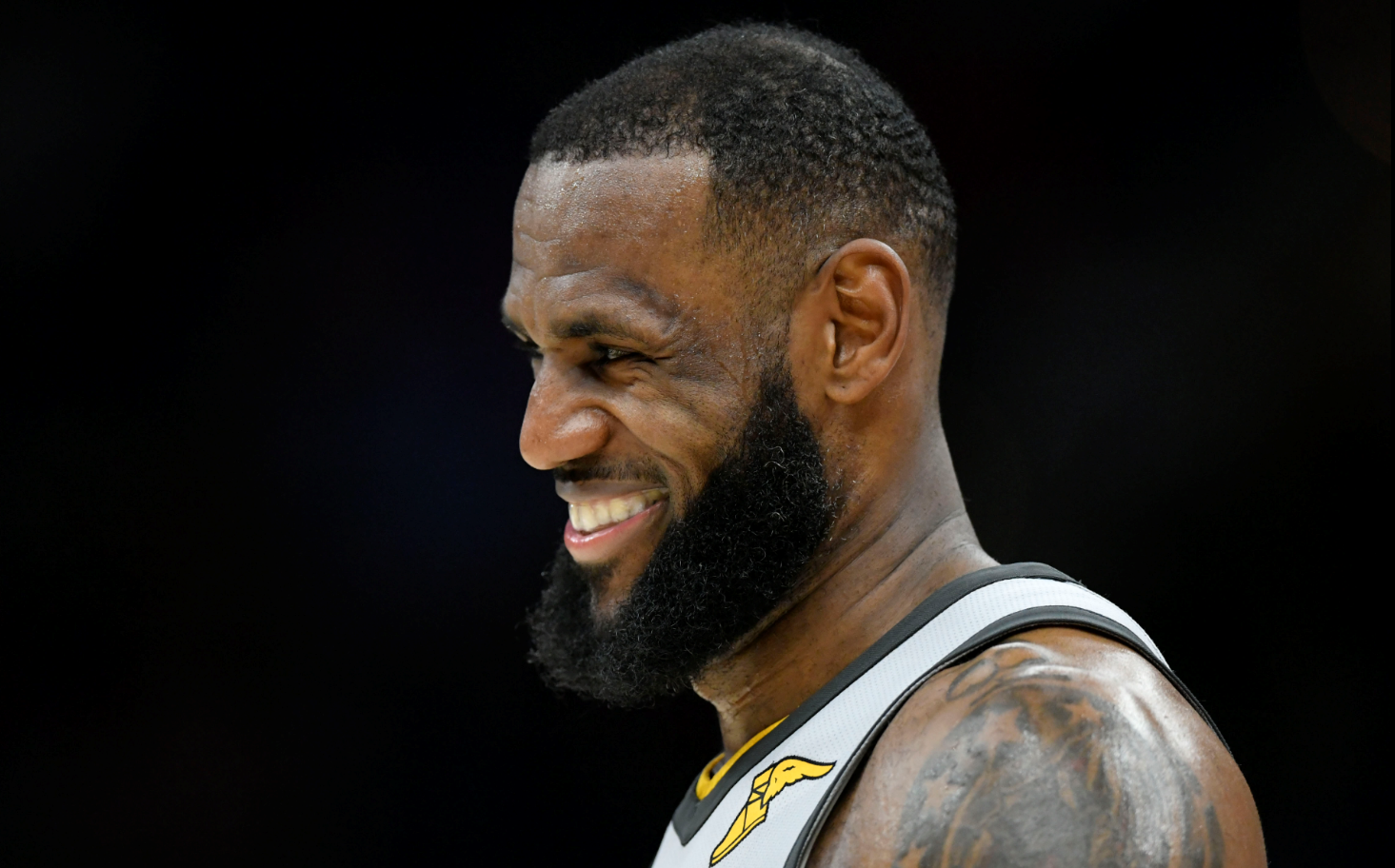 The Biggest Winners and Losers From An Insane NBA Trade Deadline