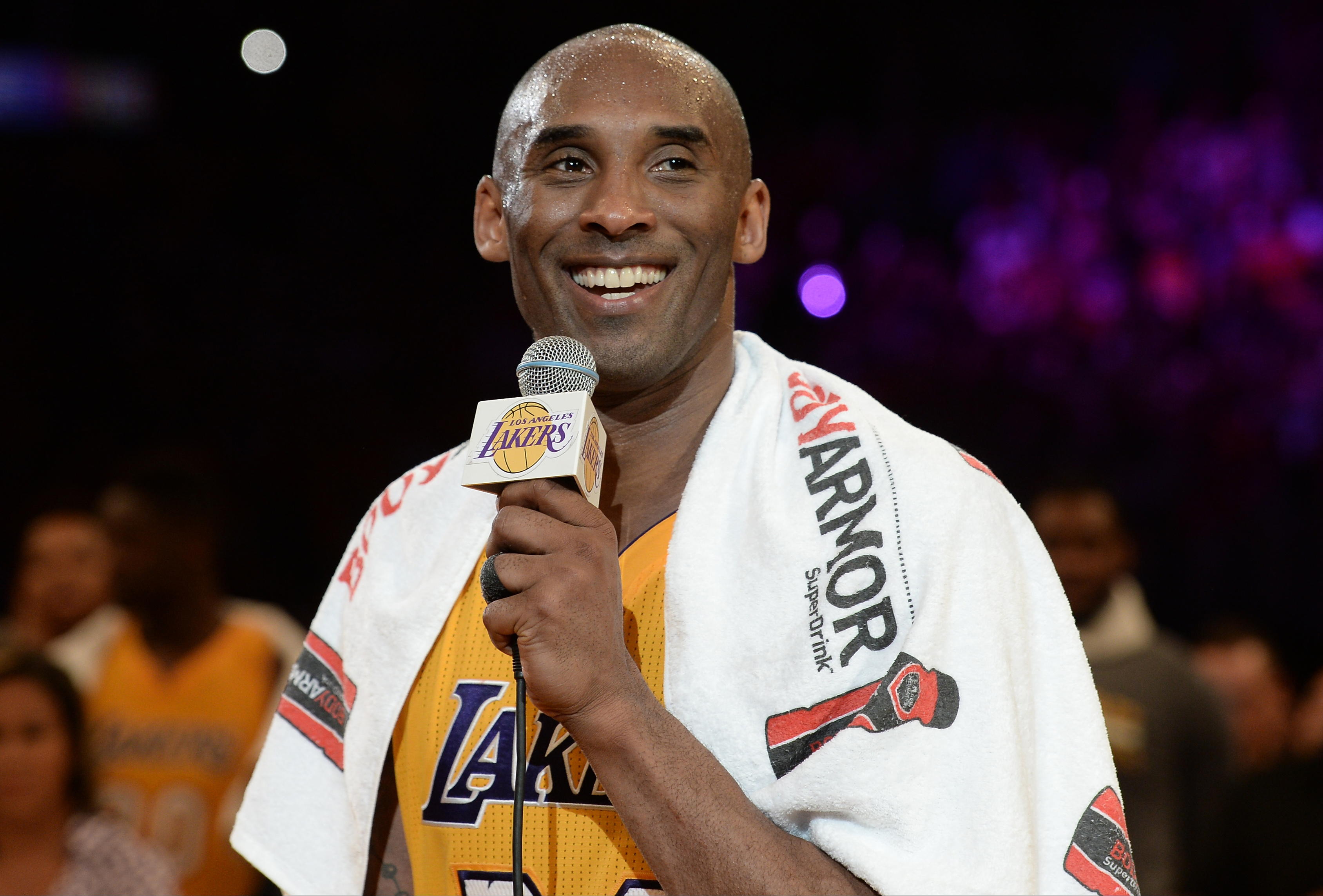 On Monday night, the Los Angeles Lakers will be honoring former great Kobe Bryant with a retirement ceremony. The celebration will include the unveiling of both of Kobe’s numbers (8, 24) atop the rafters at Staples Center.

Kobe’s laundry list of accomplishments is both vast and immensely impressive. One could easily make a list of the top 100 accolades achieved by the all-time great (such as making the most three-point shots in a single game, scoring at least 50 points in four-straight games, or dropping 61 in Madison Square Garden).

However, to save you time, we’ve narrowed it down to the 10 most iconic moments of Kobe Bryant’s illustrious 20-year NBA career:

The year 2008 was a special one for Kobe. At age 29, he took home his first — and inexplicably only — MVP award. While the Lakers did lose in the Finals to the Boston Celtics, Kobe still managed to taste some hardware in the ’08 Beijing Summer Olympics.

It was a case of redemption for Team USA. In 2004, the side was unceremoniously bounced in the semifinals by Argentina. Anything short of a gold medal the following cycle would’ve been a massive disappointment. After breezing through the first seven games of the competition, the United States faced rival Spain in the gold medal match.

Though the team possessed younger superstars in LeBron James and Dwyane Wade, it was Kobe stealing the show — scoring 13 of his 20 points in the final quarter. Team USA went on to win the hotly-contested game by a score of 118-107. It marked the first gold medal of Kobe’s career.

Kobe has demonstrated countless examples of an unabated obsession with the game of basketball. A microcosm of this love affair appeared on April 12, 2013. In the midst of a close contest versus the Golden State Warriors, Kobe drove the ball from the top of the key towards the paint. As Harrison Barnes attempted to defend Kobe, the 18-time All-Star immediately crumpled to the ground.

At that point, everyone in the building knew that Kobe instantly suffered a severe injury (which turned out to be a torn Achilles tendon). Instead of being helped off the floor, an injured-Kobe went to the free throw line and knocked down both shots.

As he slowly walked off the floor, the crowd gave him a standing ovation. The simple act of finishing the play whilst nursing a torn Achilles is simply mind-boggling. More than anything, it revealed Kobe’s desire to give back to the game that’s given him so much.

You’ve all seen it by now.

Matt Barnes carved out a nice niche for himself as an irritant. Brash and unapologetic, the pesky Barnes routinely got in the face of the star wing players he was routinely tasked with guarding. He was simply the type of player fans loved to hate.

During the 2009-10 regular season, Barnes — a then-member of the Orlando Magic — had drawn the unenviable responsibility of defending against Kobe. The two had been at one another’s throats the entire contest. While Barnes operated with a sense of trying to get into the opponent’s head, Kobe’s maniacal mind manipulation was even sharper.

I could opt to describe the scene, though the clip does a much better job in showcasing Kobe’s brilliance in this instance.

The Kobe-Michael Jordan comparisons have raged on ever since Kobe came into the league as a precocious youngster from Philly. While Kobe is not MJ, he’s the closest thing we’ve seen to the GOAT.

Throughout their careers, the two have squared off versus one another on eight separate occasions. Kobe holds a 5-3 edge in this category — though for virtually every one of these games, neither were in their respective primes.

However, the 2003 match-up did showcase Bryant in the midst of his emerging stardom. Bryant dropped 55 points on MJ in a 108-94 victory. The former Lower Merion product went 15-of-29 from the field — including 9-of-13 from beyond the arc. Bryant also made 16 of his 18 free-throw attempts.

As a team, the Lakers shot an anemic 32.5-percent from the field. Kobe himself went 6-of-24 from the field, and 0-for-6 from three-point range. Normally, this wouldn’t qualify as a great moment for anyone — let alone Kobe. However, the Lakers went on to win the contest by a score of 83-79. In the process, it truly cemented Kobe’s all-time greatness as a member of the franchise.

The Boston-Los Angeles rivalry is unparalleled. After losing to the Celtics in ’08, one knew Kobe couldn’t stomach yet another Finals loss to the hated foes in green and white. Though he didn’t play well in the series-clinching victory, this positive result enhanced Kobe’s legacy considerably.

Those in attendance at the old Rose Garden will not want to relive this nightmare.

During the 2004-05 season, the Lakers were deadlocked with the Sacramento Kings for first place in the Pacific Division. In order to garner the division title, the Kobe-led team had to beat a frisky Portland squad on the road.

With ‘Kobe stopper’ Ruben Patterson virtually in his shirt, Kobe rose up and drilled a perimeter jumper to force overtime with less than two seconds left. With one second remaining in the following five-minute period, Kobe connected on a rainbow which may have scraped the ceiling of the arena.

Not only did the Lakers go on to win the Pacific Division, but Kobe cemented himself as one of the most clutch players in the league.

The entire 2000 postseason birthed the beginning of arguably the most dominant one-two punch in NBA history.

The Shaq-Kobe tandem won their first NBA Title during this season — beating Reggie Miller and the Indiana Pacers in six games. During game 4, Kobe assumed the leadership role upon Shaq fouling out of the contest. He scored 28 points in the contest — including six in overtime to lead the team to a commanding 3-1 lead.

This further elevated Kobe into the stratosphere of a supreme talent within the league. It also helped in giving the franchise the inner belief that he could one day lead as “the guy” on the roster.

However in the series prior versus Portland, the dynamic duo truly had a coming out party. Down 16 at home in Game 7 of the Western Conference Finals, the Lakers roared back to win the contest. The most iconic moment in the game came courtesy of Kobe and Shaq.

3. The First Ring In Post-Shaq Era

The Shaq-Kobe break-up likely cost the Lakers at least two more championships. As Shaq departed for Miami, Kobe was dead-set on proving to everyone that he could lead a team to the promised land.

In 2009, the Lakers squared off in the finals against the Orlando Magic. In Kobe’s first finals game without ‘the big fella’, the dynamic guard scored 40 points to go along with 8 rebounds and 8 assists.

The Lakers went on to win the series by a score of 4-1. Kobe ultimately won the Finals MVP Award for the first time in career. Duly, this let everybody know that Kobe was capable of leading a team to the pinnacle of the sport. This victory truly did elevate his status when it came to the all-time greats conversation.

2. The Explosion Versus Dallas

No one has every questioned Kobe’s proclivity for scoring the basketball. There’s a case to be made that Kobe is indeed the most prolific scoring guard in NBA history.

Kobe showcased his full array of ball skills during a 2005 match-up versus the Dallas Mavericks. In 32 minutes (three quarters), Kobe scored 62 points. The Mavs as a team accrued 61 points after three quarters. So just to confirm, Kobe outscored an entire NBA team by one point through three quarters of a regular season professional basketball game.

Let that sink in for a bit. Had he played at all in the fourth quarter, Kobe could’ve very well eclipsed the accolade featuring at No. 1 within this list.

Lest we forget about the 81-point show Kobe put on against the Toronto Raptors.

Kobe played the game with a supreme confidence. Even if he was in the midst of an 0-for-24 night, he’d still take that 25th shot — fully believing that it’d go in. Couple this attitude with a night for the ages, and you’re left with a truly spectacular effort.

Kobe went 28-of-46 from the field, 7-of-13 from three-point range, and 18-for-20 from the free-throw line. In total, Kobe finished with an astounding 81 points. To this day, he ranks No. 2 All-Time in most points scored in a single contest. 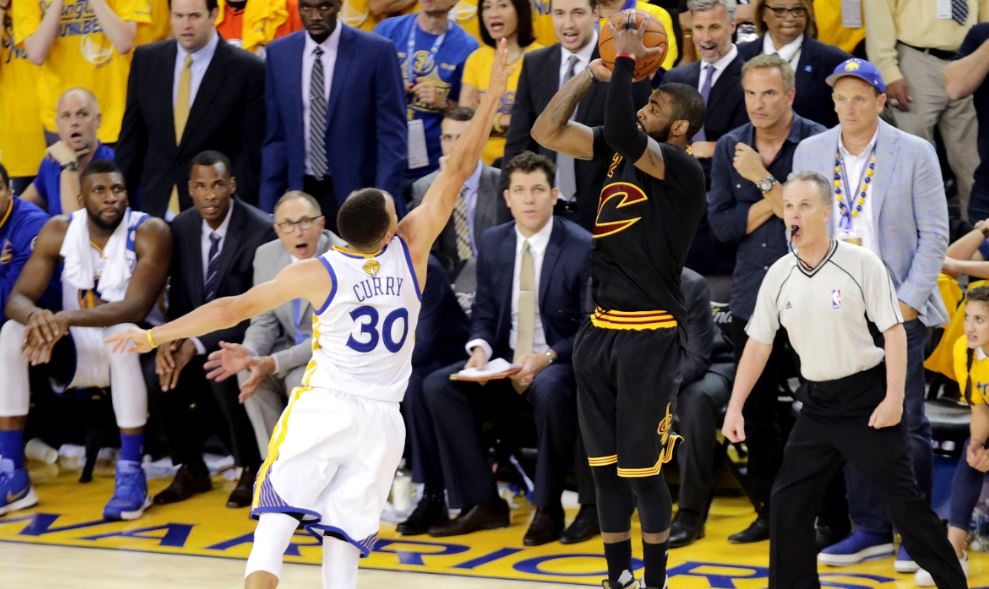 RANKED: The 20 Best Shooters In The NBA Right Now