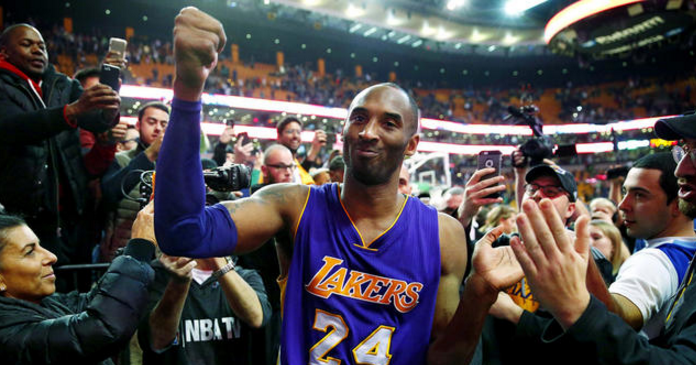 “Last night was the final chapter to an incredible story. I walk away at peace knowing my love for the game & this city will never be broken.”

What a way to go out. For those of us who grew up coinciding with Kobe’s remarkable career, his final performance reminded us how amazing he was. And for those who never saw Kobe at his finest, he provided a history lesson on his greatness.

“My kids saw me play like I used to play,” Bryant said.

I’m just one person out of millions inspired to play basketball like Kobe Bryant. My love for the Lakers and Kobe began with a vicious crossover on a legend in Scottie Pippen, a lob over the outstretched arm and golden dreads of Brian Grant, and a thunderous dunk by Shaq. The image of O’Neal ecstatically pointing toward the bench while running down the floor captured my heart.

The game-winners, 62 points after three quarters, outscoring the eventual Western Conference champion Mavericks, 55 points on Jordan, 81 on the Raptors and five championships will never be forgotten.

For the past 20 years, Kobe was more than a basketball player. The ‘Black Mamba’ was everything you wanted to be. For someone known to be hard to get along with, he forged countless friendships throughout my childhood. When Kobe hurt, my friends and I hurt. When he dominated, our outlook became brighter.

The pinnacle was Game 7 against the hated Boston Celtics. It was the last day of my junior year of high school. Already a cause for celebration, Kobe brought together 50 or so friends of mine, all glued to the TV waiting to erupt. The emotion shared during that game is something I haven’t experienced in the six years since.

The end of Kobe’s career is indeed the end of an era. The NBA will miss him, no doubt. For me, basketball will never be the same. For the last 18 years, Kobe has been more than just a stranger on the television – he has been that friend you could count on to lift you when you were down. He was proof that hard work can get you anything you desire.

On a day when my dear friends and I were prepared to cry, he provided one last inspirational moment. 60 points and 13 straight in the last 90 seconds had us smiling and yelling like we always used to.

It was simply one last ‘Mamba Moment.’

To my generations G.O.A.T. – we will never forget you; our love will never die. You have inspired a generation, and for that we are forever thankful.