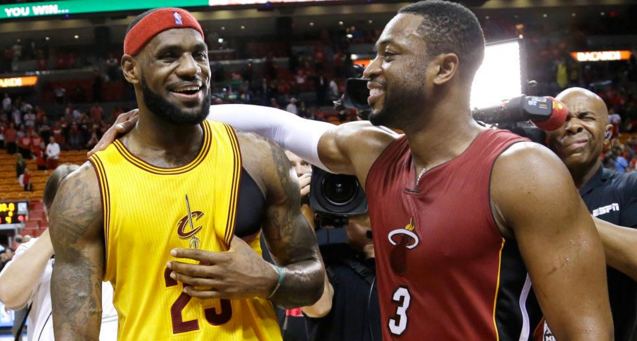 The NBA season is firmly underway, and has already provided plenty of exciting moments and intriguing storylines. On the day of giving thanks, let’s take a look at what we (NBA fans) should be most grateful for. We are witnessing greatness from both ends of the spectrum. Both the Golden State Warriors and Philadelphia 76ers are reaching new heights, but only Dub Nation has reason to celebrate. Setting an NBA record with their 16th consecutive victory to start the season, the Warriors show no signs of slowing down. The 76ers are now 0-15, and are in danger of becoming the first ever NBA team to lose their first 19 games of the season. While Warriors general manager Bob Myers is thankful Stephen Curry fell to Golden State in the 2009 NBA Draft, 76ers general manager Sam Hinkie has no such thing to be grateful for. With each passing game, it feels as if Kobe Bryant’s legacy takes a bit of a hit. We’ve heard over and over how ‘Father Time is undefeated,’ and Kobe surely isn’t an exception. Bryant’s latest 1-for-14 outing against the Warriors felt like the nail in the coffin, despite the Lakers having 68 more games this season. While it’s sad to watch a legend sink to this level, we must be grateful for everything Kobe has brought to the NBA.

3. The Nets’ Completely Unprotected First Round Pick Going To The Celtics Celtics general manager Danny Ainge might be the happiest man in the NBA. Sure, the Warriors are 16-0 and seem primed for a two-peat, but no one will have a bigger smile than the Hall of Famer at Thanksgiving dinner. After the blockbuster 2013 trade sending Paul Pierce and Kevin Garnett to the Brooklyn Nets, the Celtics now have Brooklyn’s unprotected first round pick in the 2016 NBA Draft. With the Nets now at 3-11, Ainge has to be in good spirits. Shrewd negotiating by Ainge has the Celtics in prime position, but it brings up an important question – how the hell is Billy King still the general manager of the Nets?

4. JaVale McGee Is Back! YouTube fans rejoice! After missing nearly all of last season due to injury, JaVale McGee is back and (probably) weirder than ever. The 7’0” center with freak athleticism is now a member of the Dallas Mavericks, and should become a major contributor as the season wears on. Whether he’s trying to dunk from the foul line, goaltend shots that are already in the basket, or struggle to post up against point guards, we should all be thankful for the humor McGee will undoubtedly provide throughout the season. Kevin Durant has missed six games and Chris Paul has missed three, but aside from their minor hamstring/groin injuries, the NBA’s biggest names have managed to stay on the court. Of course players are getting beat up along the way, but it’s nice to see that there hasn’t been a season-ending injury sustained by a superstar (knock on wood). With plenty of skeptics quick to point out how healthy the Warriors were last season en route to an NBA Championship, we can only hope teams will play each other at full strength in this year’s playoffs.