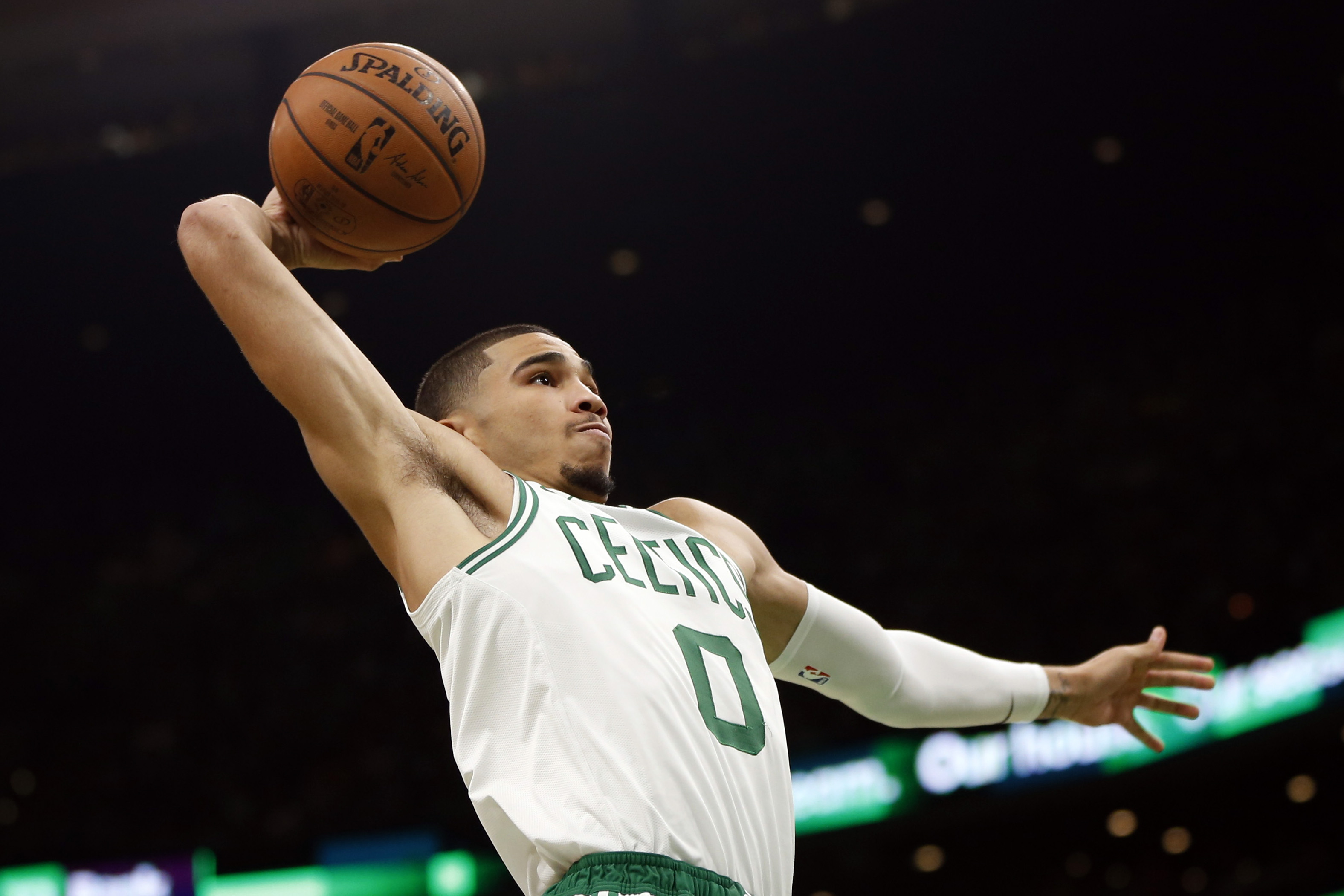 They call them the Dubs. By the end of last year, the nickname ended up being prophetic. As in they doubled up to win back to back titles. But triple up? I’m not so sure.

Right wing, for 3, good. Courtesy of Chef Curry, that was the way the evening began for the Warriors Tuesday in an eventual eight-point win over the Thunder. It was a win, but it wandered at times against an opponent missing its star. We saw a lot of that with the Dubs last year, and I’d expect more of the same this year.

They have all the talent, some would say literally, but there is one thing the Warriors absolutely cannot have that other teams do: hunger.

Don’t get me wrong, the Warriors do an amazing job of staying motivated to continue winning. But think of it this way: you can skip lunch, and you will be very hungry, but you won’t be as hungry as the homeless.

With that, here are five hungry teams that could give the Warriors a surprise run for their money this year.

We should coin a new phrase that will apply to most, if not all, of these teams. Youngry. That is they are young & hungry. Only three players on this roster have had their 30th birthday, so experience is a little light. In fact, there are a number of questions. Is Markelle Fultz through his physical and mental issues and ready to contribute? Is there a hangover for Robert Covington, who struggled in big playoff moments last year?

What’s not in question is talent. They have a ton of it, and seem to check multiple boxes in terms of chemistry. Ben Simmons is the ultimate distributor with star quality. Joel Embiid is the vocal presence and interior force. If Fultz works out, he joins Dario Saric and JJ Redick as versatile scorers on the floor. Their loss against Boston last year was close enough, and at times, embarrassing enough, to light a fire within.

We forget how good Kawhi Leonard is. Until his injury and soap opera experience in San Antonio developed, this was a perennial top-five MVP race performer. He squashed any injury questions immediately on opening night with a game high 37 minutes and responded with 24 & 12. Toronto is also littered with solid players who have never gotten to get their shine on in the postseason, like Kyle Lowry and Serge Ibaka. They get to hear about past playoff success from Leonard and Danny Green, which will wet the whistle even more. And never underestimate a team with a stated goal. Toronto’s stated goal this season is to impress, and subsequently keep, Kawhi Leonard. This is a strong organization that will play focused basketball this season.

In today’s NBA, every winning team has something in common: a star guard. We throw around the word star, but Utah has a legitimate budding superstar in Donovan Mitchell. They are constant overachievers who tasted some playoff success last year by beating OKC. They will want more. Utah’s organization stability, combined with a well constructed roster, is a weapon. Keep an eye on the role Jae Crowder plays this year, not only on the court, but off as well. NBA teams take time to gel into true contenders, so Utah is probably not ready to break all the way through, but having a guy like Crowder who can use his experiences to calm young players down in big situations is important.

This is my pick to finish as the No. 2 seed in the West. You don’t need me to tell you how LeBron James changes a roster and culture. It’s noted. But there are two things going on with this roster that are not getting enough chatter. First, the supporting cast James has is talented and tired of being called an embarrassment to the Lakers brand. They’re ready to do something about it. They play incredibly hard and now have the guiding force of James and Rajon Rondo.

Second, I keep hearing people say, “they can’t shoot threes.” That’s a GOOD thing, believe it or not. Sure, you need outside shooting in today’s NBA. But try to outshoot Golden State, and you’re done in four games. It’s like the radio business I’m in. If I’m doing a show during a big game in town that we are NOT carrying on our station, I’m going to talk about something else. I’ll counter-program. That’s what the Lakers did, by getting tough-minded, veteran dogs to mix it up with their talented young core and combat the Warriors’ finesse. The fact that one of those veterans is the best player in the game doesn’t hurt. The Lakers will be a problem for opponents.

They hosted Game 7 of the Eastern Conference Finals. Sure, they didn’t win it. Not sure if you’ve noticed, but LeBron James is pretty good at basketball. But they got all the way to the doorstep of the NBA Finals. And they did it without the two players who were supposed to lead them there. This year, those two players are back. Kyrie Irving and Gordon Hayward are ready to roll. Now, in their first game this year, roll is not the word I’d use to describe their play. The two combined to go 6-for-26 from the field for a combined total of 17 points. But they still won. By 18. Against the Sixers. The Celtics are that deep, and Jayson Tatum is that good. The Celtics are only a little bit less talented than the Warriors, with a lot more hunger. Watch out. 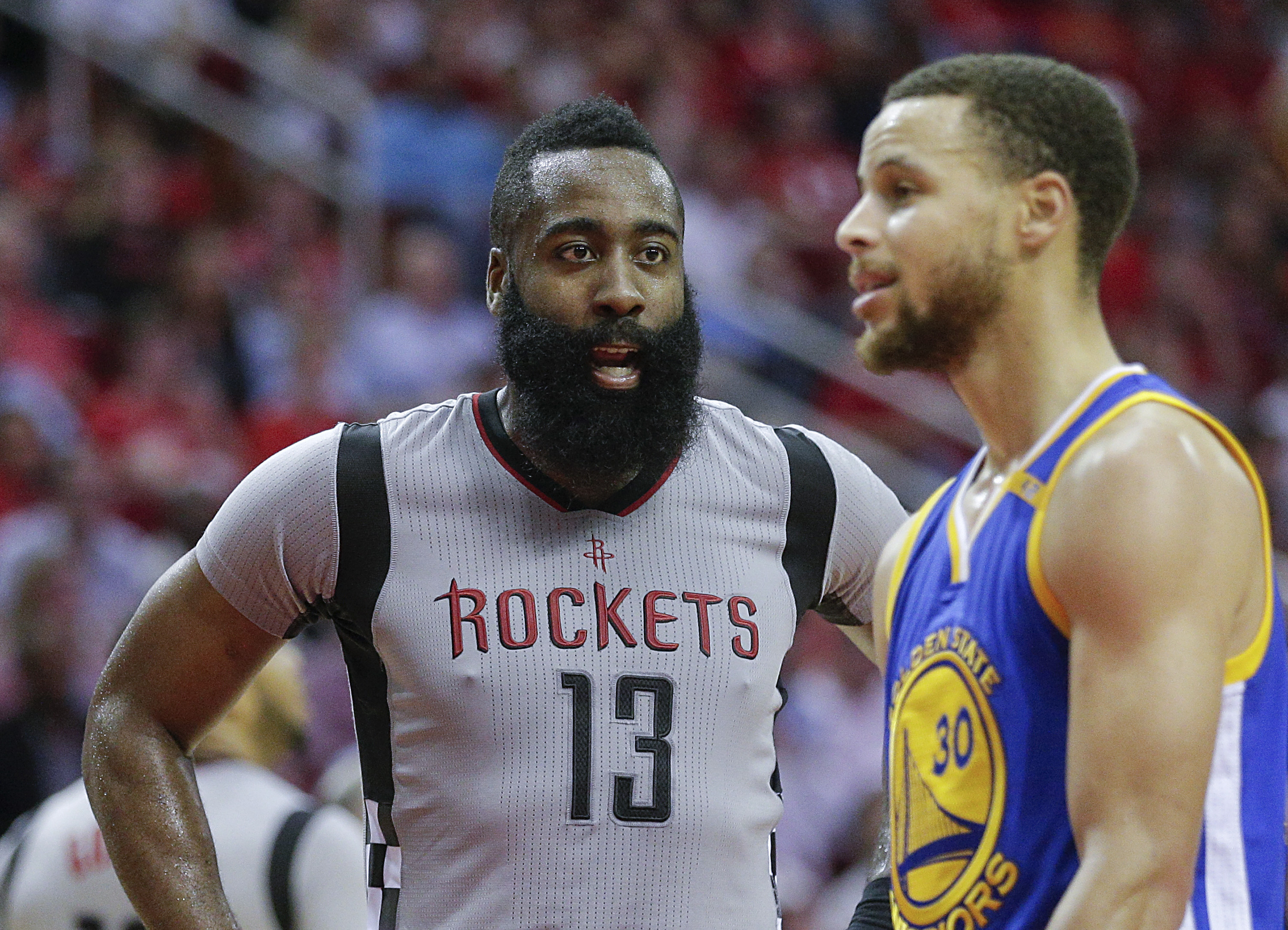 RANKED: The 25 Best Shooters In The NBA Right Now