The young Lakers have yet another first-round pick to add to their blossoming young core. At the 25th selection, there should be talented prospects available with the ability to fill various needs on the roster. Of players that may be available by the time the Lakers are on the clock, here are five they could potentially target: An area the Lakers could afford to address is the back-up point guard spot. With Lonzo Ball in tow, a stabilizing force off the bench that won’t sacrifice Los Angeles’ uptempo identity will be imperative moving forward. Brunson — a two-time NCAA Champion — could fill that role nicely.

Brunson’s measurables don’t jump off the page. He measured in at just above 6’2″, and isn’t a terribly impressive athlete. However, the diminutive guard makes up for his shortcomings by playing with relentless energy and passion. A natural leader, Brunson captained a Villanova squad that could potentially have three other first-round picks this year (Mikal Bridges, Donte DiVincenzo, Omari Spellman). He shoots it well (40.8-percent from three as a Junior), and has shown the ability to finish over length.

Brunson has Kyle Lowry-like potential down the line. At worst, he could develop into a rich man’s Frank Mason (a fellow former National College Player of the Year). The Lakers fell in love with the three-ball in 2018. Thanks to big contributions from Kyle Kuzma, Kentavious Caldwell-Pope, and Brook Lopez, LA set a franchise record by hitting 822 triples last year. They also shattered the franchise record for three-point attempts — though the Lakers did finish second-to-last in three-point percentage.

If Luke Walton is dead-set on hoisting up as many long balls as possible, the Lakers will need to add legitimate knockdown shooters. Trent is arguably the best pure marksman in the pool. He gets great lift on his jump shot, and has a clean release.

Duke was as stacked as any team in the nation this past year. Trent operated primarily as the team’s fourth offensive option. In this role, he converted on 40-percent of his three-point attempts. Had Trent been thrust into a bigger role, we could have seen even bigger numbers. The situation was much like the one Devin Booker was in during his lone year at Kentucky. We’ve all seen how that’s turned out. His brother Michael will be the first family member selected, but Jontay has a real chance to join in on the first-round festivities. The 6’11” Porter is a skilled player with the ability to play either big man spot. With the Celtics and Warriors finding success plugging in multi-dimensional players with positional versatility, the braintrust of Rob Pelinka and Magic Johnson appear to be following suit. Drafting Porter would confirm their desire to strive for position-less basketball.

While not gaudy numbers, Porter’s 9.9 PPG and 6.8 RPG averages came in just over 24 minutes per game. He’s an adept scorer in all facets. Porter finishes with finesse near the basket, and also can knock down the occasional deep ball. Although not quite as good an athlete as his brother, Jontay has a polished game well beyond his years.

Porter will likely make his NBA debut before his 19th birthday, thus making him one of the youngest prospects available. This sort of upside would fit in well with the other young Lakers’ talents. On the topic of versatility, SMU’s Milton has the potential to be the most well-rounded defender in this draft. The 6’6″ guard is an absolute freak of an athlete. He boasts an enormous 7’1″ wingspan, and is a springy leaper.

Decision making is key at this level. Milton is poised under duress, and is also an unselfish playmaker. Given his tremendous spot-up shooting (43-percent on a high-volume of threes), Milton projects as prototypical 3-and-D player.

His creativity off the bounce is spotty. He isn’t a great finisher at the rim yet, but the tools are there. If placed in a favorable situation, Milton’s upside could be unlocked — and thus would enable him to be one of the major steals in this draft.

Robinson is the unknown of this group. However, he may also possess the highest ceiling. The 20-year-old Robinson was formerly committed to Western Kentucky before pulling out of school completely to focus on getting ready for the draft.

The Lakers have stockpiled centers over the past couple of years. LA native Brook Lopez filled in as the starter last year. Young bigs Ivica Zubac (21) and Thomas Bryant (20) were used for added depth (and G-League fodder). There’s no guarantee Lopez returns next year. The plodding Zubac and Bryant aren’t quite suited for the Lakers’ up-and-down style. Robinson would be the team’s only legit rim-runner, and could provide some much-needed rim protection.

Plenty of question marks surround the athletic big — especially considering he decided to withdraw from the NBA Combine as well. It’s led many to believe he’s received a promise from a team in the first-round. Could the Lakers have already found their guy? 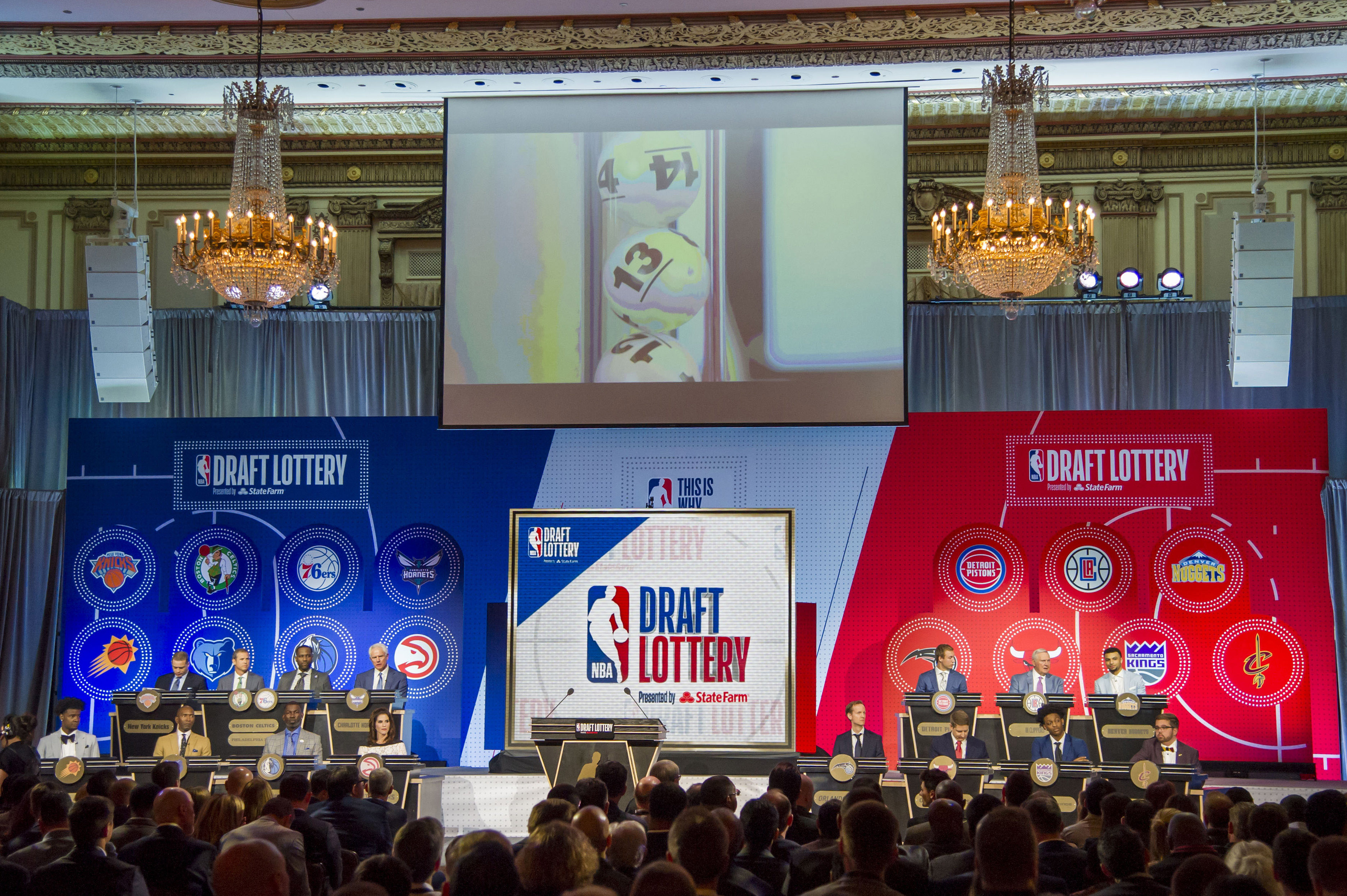