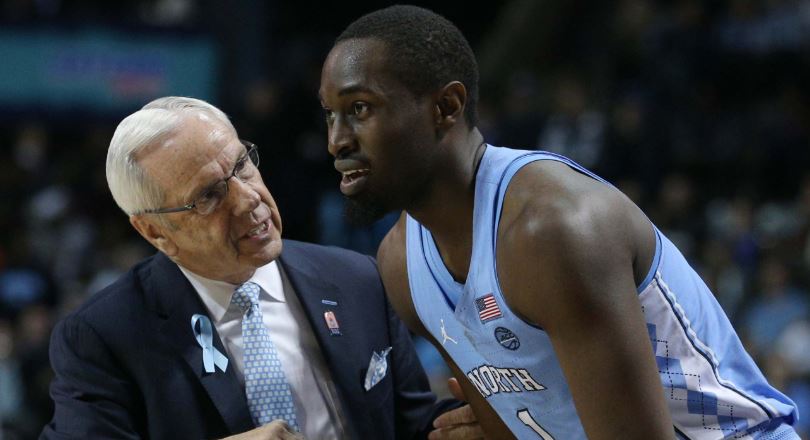 With the NBA Draft just days away, here are 5 guys who will drastically outplay their draft position:

An accomplished thief of the basketball, Carter will provide defense, energy, and effort to whichever team scoops him up. In four seasons, the 6’2″ guard compiled 330 steals. He also led the Mountaineers in scoring in each of the last two years, and took on a bigger play-making role as an upperclassman.

Carter absolutely abused Trae Young during the college basketball regular season. The future lottery pick turned the ball over 14 times in two games against the Mountaineers, losing both contests.

Given his defensive chops, and development as both a scorer and creator, he projects excellently as a back-up guard at the next level.

Over the past four years, Mykhailiuk has been an unsung hero for the perennially contending Jayhawks. As a freshman, three of Mykhailiuk’s teammates were higher ranked recruits than him (Kelly Oubre, Cliff Alexander, Devonte’ Graham). Throughout his career, he played with a slew of future NBA players including Oubre, Frank Mason, Josh Jackson, Wayne Selden, and Cheick Diallo. Despite Kansas’ star power, Mykhailiuk, a former three-star recruit from Ukraine, found a way onto the floor each year.

Outside shooting is a major reason Mykhailiuk developed into a full-time starter over his last two seasons. Playing alongside scorers like Graham, Mason, and Jackson, Mykhailiuk learned his role as a floor spacer. He sports a career 40.9-percent mark from three, and hit 44.4-percent on 6.6 three-point attempts as a senior. That skill will likely translate to the next level, as Mykhailiuk has plenty of range and a quick release.

His staying power in the league will be dependent on his development as a playmaker. In 2018, Mykhailiuk showed flashes of creating off the bounce, averaging a career-high 2.7 assists. If he can make defenders pay for closing out hard, he’ll become increasingly difficult to stop.

The eye test doesn’t provide much justice for Pinson’s NBA case. He’s a worse collegiate shooter than Marcus Smart (who happens to be the worst three-point shooter in NBA history). He’s not short, but 6’5″ also isn’t terribly big for an off-guard, and it’s magnified by the fact that he’s not freakishly athletic.

Pinson’s contributions go beyond the box score. A heralded perimeter defender and on-court leader, Pinson will find his way on the floor due to his intangibles.

Most notable of his NBA skills is his passing ability. He’s crafty in tight spaces, and possesses the vision of a true point guard. With teams desperate for ball movement, having an off-guard with Pinson’s passing ability is imperative to floor balance.

This touch pass off the offensive board to Maye was unreal.

Maye scored and got fouled, converted the 3-point play too. pic.twitter.com/wtmF5CctUd

The Penn State guard will be overlooked because of his school choice. While the school typically performs fairly well year-to-year, the Nittany Lions aren’t known for producing NBA talent. Carr will join Tim Frazier as the only active players from the program.

A 6’5″ combo guard, Carr can immediately provide scoring with a dash of play-making. In his sophomore year, Carr averaged just under 20 points per game. His best performances of the year came in three games against the Ohio State Buckeyes. In those match-ups, Carr posted scoring totals of 30, 28, and 25, and shot a combined 60.9-percent from the floor.

Plainly put, Carr knows how to score, and even had a 14-assist game in the NIT Championship. Just about every team in the league can use a multi-dimensional offensive player in their rotation.

Arizona will produce at least three NBA players in this year’s draft — the likely No. 1 pick DeAndre Ayton, scoring machine Allonzo Trier, and Alkins. While Ayton and Trier get most of the notoriety, Alkins was a key piece for the Wildcats over the past two seasons. He defended the opposing team’s best player, shot a respectable 36-percent from three, and played with an endless motor.

Most importantly, Alkins has an NBA-ready body. He possesses a strong upper body which should allow him to match-up with the league’s level of physicality. We’ve seen guys like Semi Ojeleye, Sindarious Thornwell, and David Nwaba get extended looks for having defensive versatility and stout frames. Alkins is more complete offensively than all three, and is arguably the best athlete of the bunch as well.

Rawle Alkins just did something that you usually only see in dunk contests pic.twitter.com/3zWAxbw75e