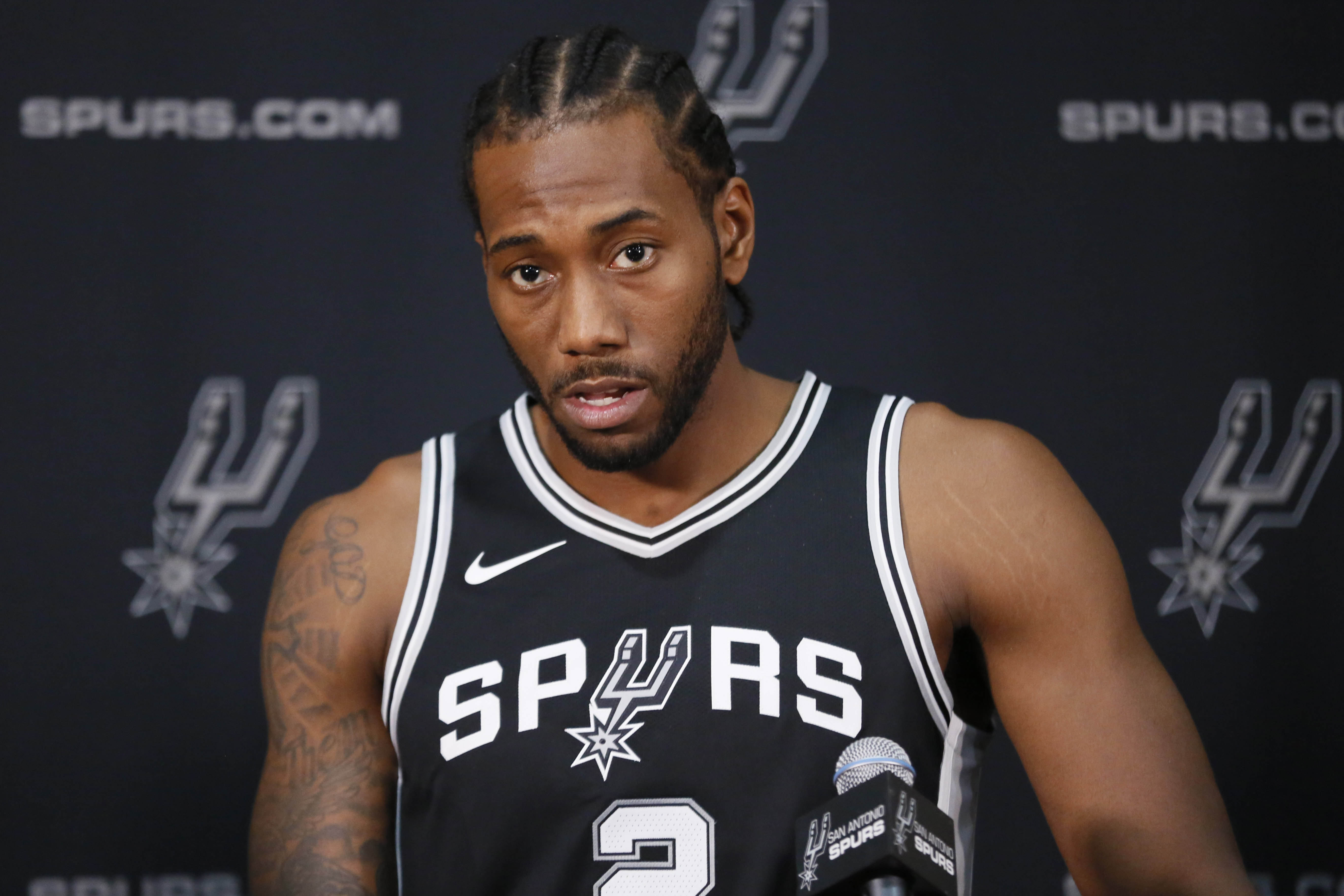 With rumors swirling over Kawhi Leonard’s future in San Antonio, teams across the league likely will try and tempt the Spurs’ front office brass with some attractive trade packages in the offseason.

There’s no guarantee that San Antonio will move its star player. With that said, it can’t hurt to at least speculate about the possibility.

Here are four potential trade packages the Spurs could get for Leonard:

Yes, Cleveland is involved in yet another blockbuster. No one knows what LeBron James will ultimately do in the offseason. Regardless of his choice to stay or leave, this trade makes plenty of sense both in the interim and for the future.

With one year left on Kevin Love’s contract, it’s unlikely the Cavs will re-sign him to a lengthy deal. His fit next to James hasn’t been overly smooth (despite the Championship in 2016). Love’s strengths as a player haven’t been accentuated with James running the show. As a premier passer and post player, the former UCLA star has essentially been relegated to the role of a spot-up shooter. Love’s defensive issues remain a problem for a team lacking any sort of identity on that end of the floor. Duly, Cleveland head coach Ty Lue lacks the mental acuity to essentially mask Love’s inability to consistently defend well.

From San Antonio’s perspective, Love fits into their pass-first offensive scheme extremely well. A high I.Q. player, Love would be slotted next to LaMarcus Aldridge up front. While the Spurs might not be a run-and-gun sort of squad, it doesn’t take a genius to know that Gregg Popovich will get every ounce of productivity out of a Love-Aldridge pairing. If anything, the Spurs will diversify themselves from the rest of the league with a truly potent one-two punch up front (save for a healthy Boogie Cousins and Anthony Davis). Brooklyn’s first-round pick could end up within the top-seven — if not higher.

Cleveland will receive either a major building block to build around in the post-LeBron era, or a very capable sidekick alongside the NBA’s best player. Either way, Cleveland should be set up well to tackle the next three-to-five years. Portland needs to shake things up.

It’s long been bandied about that the pairing of Damian Lillard and C.J. McCollum won’t be good enough to make Portland real contenders in the ferocious Western Conference. This may or may not be true — though it’s clear that the Blazers are behind Golden State and Houston in the conference’s pecking order (with Minnesota, Oklahoma City, Utah, Denver, and San Antonio all nipping at their proverbial heels).

Landing Leonard in a trade would — at the very least — make Portland much more interesting. When healthy, Leonard is an elite defensive player and an annual MVP candidate. He’d help to solve Portland’s longstanding issues with not possessing quality wing play. As Lillard and Leonard both approach their respective primes, this duo could do some serious damage in the conference (especially if Zach Collins develops into the player many in Portland expect him to one day be).

San Antonio would land an explosive combo guard with the ability to score from anywhere on the floor. Popovich’s scheme is excellent in working to get players quality looks. McCollum would not only become a more prolific scorer, but also one operating with better collective efficiency.

Swanigan is a virtual clone of DeJuan Blair — a player previously enjoying plenty of success under the Popovich-San Antonio umbrella. He could play as a small-ball five in a pinch, and — at the very worst — provide the Spurs with an interesting player. The 2018 and 2020 first-round picks are also valuable commodities, particularly since San Antonio has such a sterling draft reputation.

With this trade, the Lakers will finally get their superstar so desperately desired by all of Los Angeles (and Magic Johnson).

It would be a major boon for the franchise. Leonard — a native of Southern California — would get the chance to come home and perform in front of family and friends. He’d also get much more exposure under the bright lights of Los Angeles (which could help his marketability as an athlete with apparel and merchandise exponentially).

From a talent standpoint, the Lakers would scoop up a legitimate two-way player. A potential addition of Leonard could also be a major factor for free agents thinking about joining up with this young core.

As for San Antonio, they get a prized possession in Ingram, an up-and-comer in Hart, a quasi-talented center in Zubac, and an alluring first-round pick. Ingram struggled with inconsistency as a rookie. It’s to be expected with all young players. With that said, there’s no denying his upside and potential.

Ingram has arms that virtually extend like Inspector Gadget on the court. Every major offensive category has improved in his sophomore year, and this should be the case well into the future as Ingram gets physically bigger. Ultimately, his play-making ability as a 20-year-old makes him a very intriguing player.

Hart will instantly become a favorite in San Antonio. He’s eerily similar to Danny Green — though he’s a much better rebounder. Hart fits perfectly with the preexisting culture set in place. Boston possesses more assets than any other team in the NBA. With young talent and a pile of first-round picks, Danny Ainge has this team set up brilliantly for eventual success at the highest level.

As mentioned above, Cleveland appears to be headed for a transition — particularly if LeBron ends up leaving. Philadelphia looks like a major threat going forward, though no one else in the Eastern Conference possesses Boston’s ceiling.

Pairing Leonard with Kyrie Irving, Jaylen Brown, Gordon Hayward, Al Horford, and [insert top draft picks] would make Boston even more of a juggernaut than they already are. The possibilities of switching on defense and versatility on offense would simply be mind-boggling with this group. Leonard immediately improves an already solid defensive team. No one will boast a more talented wing trio than this group.

San Antonio won’t be coming away short-handed in any way, as Tatum is a true No. 1 scorer in-the-making. He’s vastly skilled for his age, and has the maturity to thrive for years to come. Additionally, Tatum has many of the same traits synonymous with some of the recent greats (Tim Duncan, Manu Ginobili, Tony Parker, Leonard) to have played for Popovich in San Antonio.

When further collecting a first-round pick, this move would signal a slight retooling rather than a complete rebuild.