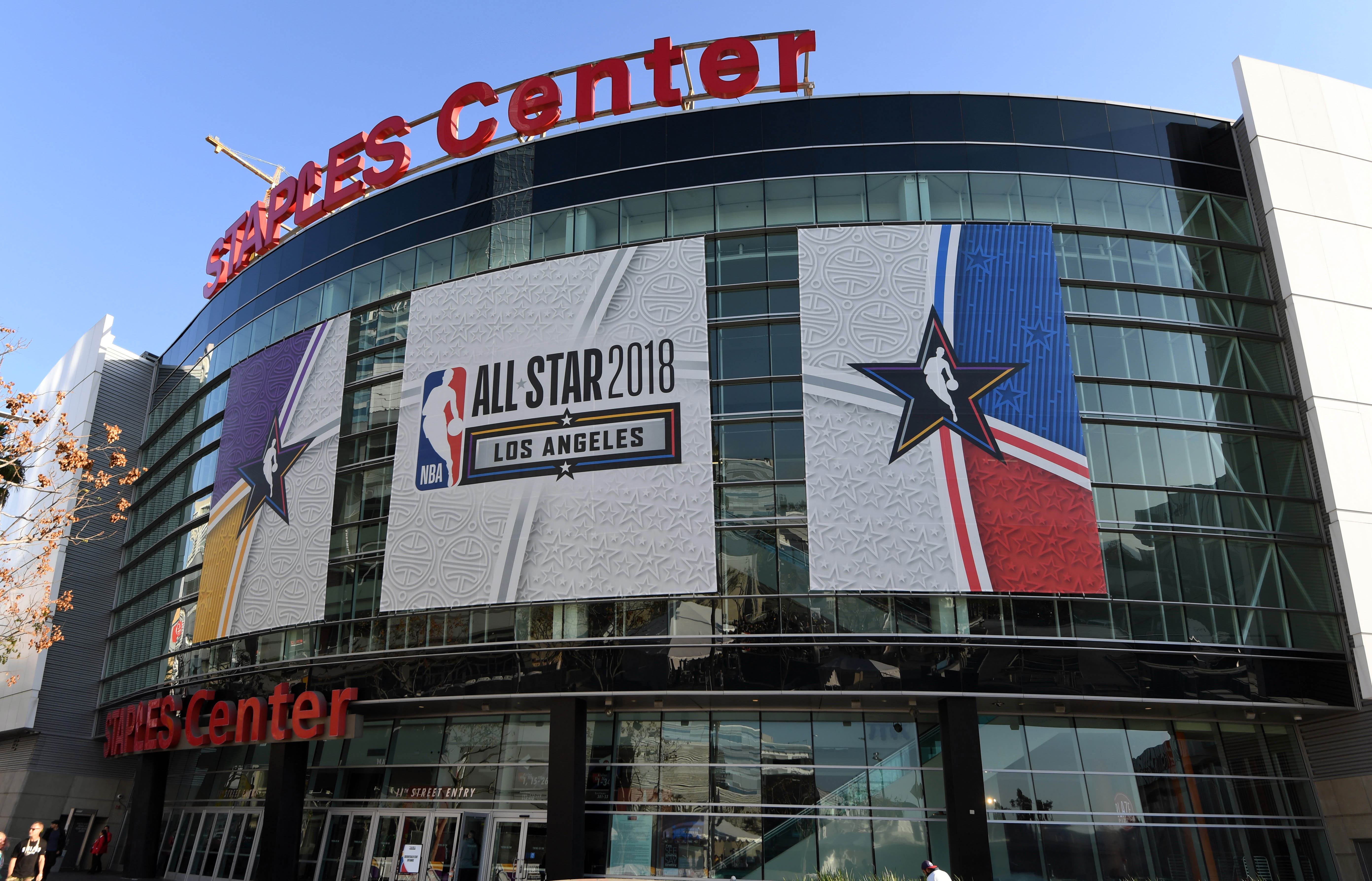 The 2018 NBA All-Star Weekend is here! Fans from all over will be treated to three days of exciting events featuring the best basketball players on the planet. For the third straight year, the Skills Challenge will pit frontcourt players against backcourt players. Big men have gotten the better of the guards in each of the last two seasons, and it seems overdue for the little guys to get a victory here.

Conventional wisdom would be to select a true point guard, as their overall skill-set would likely cover all of the obstacles. However, that doesn’t always end up being the case. John Wall, one of the best passers in the league, went zero-for-five on chest passes during last year’s event. On-court skills don’t translate 100-percent in the Skills Challenge. Instead, the traits that are most desired are effort and motivation.

Williams was jilted from All-Star game inclusion on multiple occasions, and will be playing on his home floor. If it comes down to the final three-point shot, I wouldn’t bet against Sweet Lou.

The casual NBA fan might not know who Spencer Dinwiddie is. However, those in Brooklyn are more than knowledgeable on the impact he’s made for the franchise this season. The former second-round pick of Detroit has come out of nowhere to average career-highs in points (13.6 PPG), assists (6.7 APG), and three-point percentage (33.8-percent). The likes of Lou Williams, Lauri Markkanen, and Al Horford are strong favorites in this competition. However, I’m banking on Dinwiddie pulling the upset. People don’t realize that the 6’6” athlete was a point guard both in high school and in college. Dinwiddie has the skill-set to thrive in this challenge. Plus…he’s a native of Los Angeles. He’ll want to perform well in front of family and friends.

The Skills Challenge is now the most underrated part of the All-Star festivities. The guard vs. big man March Madness-style bracket is thrilling, and adds a fun dynamic to the whole event. Since the NBA altered it to this format, the big men are surprisingly 2-0 — with Karl-Anthony Towns (2016) and Kristaps Porzingis (2017) taking home the title. I think the bigs make it 3-for-3 behind Finnish prodigy Lauri Markannen. With the ball-handling skills and shooting stroke of a guard, the 7-footer will use his long strides to take down Lou Williams in the finals. Easily my favorite competition of the weekend, the Three Point Contest always does the great job of having star power and not over staying its welcome. The one-minute rounds keeps it at a good pace, and there always seems to be underlying story lines that add to the theater of the event (see Steph Curry vs Klay Thompson in 2015 and 2016).

Thompson opens as an early favorite having already won the competition once before. Explosive scorers Kyle Lowry, Devin Booker and Paul George have experience in this competition, while newcomers Tobias Harris and Wayne Ellington look to stake their claim. However, I’m going to give the nod to Beal — the guy with the prettiest jump shot in the league.

Beal will be revving to go after making his first All-Star team this year. He’s been shooting the ball with extreme confidence recently. Washington’s gunslinger has already made a final in this competition before, narrowly losing out to a scorching Marco Belinelli in a tie-breaker round in 2014. He’ll get the job done this time.

It’s difficult to believe that Klay Thompson has only one three-point contest trophy. The winner of the competition in 2016, Thompson was edged out last year by Eric Gordon. The two will be competing once more against each other this season. Thompson’s prolific nature as a shooter comes without any surprise. A picture-perfect stroke has him already considered as one of the best in the history of the game. This year, Thompson is shooting an eye-popping 45.4-percent from beyond the arc (and 48.3-percent in his last five games). An underrated aspect of the contest is the fatigue encountered by participants. Those with more of a traditional jumpshot tire more quickly. Thompson’s clean and relatively stationary jumper will work well yet again within the parameters of the competition. He’ll bring the hardware home for the second time in three tries.

Booker returned from a hip injury just in time to be able to compete in this contest. The 21-year-old is no stranger to the event, as he lost in the finals to Klay Thompson in 2016. While every guy in this competition is a dead-eye shooter, Booker’s effortless stroke is advantageous when needing to shoot 25 times in 60 seconds. In a thriller, Booker avenges his 2016 loss — beating Thompson and Paul George for the title. This could go in any number of directions. Victor Oladipo has had a strong performance in this contest once before, and is enjoying the best season of his career. The newly minted Cavalier Larry Nance Jr. has been dunking on people at will over the last couple of years. Donovan Mitchell has helped lead the Jazz to an 11-game winning streak, and is an absolute dynamo when attacking the basket. It’s easy to imagine any of these great athletes winning. With that said, it’s hard to pick against the favorite. Smith Jr. is an absolute treat to watch during warm-ups, and there are very few dunks that he couldn’t conceivably do. Dallas hasn’t had a whole lot to cheer for this season. However, Smith Jr. will make the Maverick faithful proud.

This is the contest that offers the most in the way of excitement. The dunk contest has always been a spectacle — though in recent years it’s ratcheted up even more with the inclusion of props. This year’s version features a quartet of young, exciting athletes. All four can jump out of the gym — and it wouldn’t be a surprise for any of the participants to come away with the trophy. From what we’ve seen, Dennis Smith Jr. has been the most violent — and most willing — in-game dunker. Whether it be the preseason or the regular season, Smith Jr. isn’t afraid to force the issue when attacking the rim. A freakish athlete, there’s no telling what he’ll come up with on Saturday evening.

Here’s to hoping this year’s dunk contest is more like 2015 and 2016, and less like 2017’s version. Between Victor Oladipo, Larry Nance Jr. and rookies Donovan Mitchell and Dennis Smith Jr., we should be in for a treat. While Smith is the odds-on favorite, Mitchell has defied the odds all season. I expect his combination of leaping ability and power to be enough to take down Smith in the final. The game itself has almost become an afterthought on All-Star weekend. With an over/under set in the 300-point range, expect plenty of buckets and approximately zero defense to be played on Sunday.

An instant disqualifier for MVP hopefuls is not being a starter. Since 2000, only one bench player has taken home MVP honors. Coincidentally, that player was Russell Westbrook (who won the award in 2016). However this season, there’s a better chance of Brodie giving up 18-foot pull-up jumpers for Lent than him going five-of-nine from three in a game again. Additionally, a player hasn’t won the MVP in a losing effort since Magic Johnson did it in 1990. I’m picking Steph’s team to win, and the Greek Freek to have about 27 dunks in 18 minutes played.

I know, I know… this isn’t an out-of-the-box pick by any stretch. We all know how lethal Kevin Durant is on the basketball court. He can score the ball in every humanly possible way. At 6’11”, there’s not a single player on the planet capable of defending him on an even adequate level. The crowd for this game will resemble a mixture between the Academy Awards and the Grammys. The bright lights of LA will be focused on this weekend. As such, look for Durant to completely ball out. He’s shooting a blistering 52.3-percent from the field on the year. Durant is also converting on 42.1-percent of this three-point attempts (including a 46.7-percent mark over the last five games).

Durant will continue with this trend in a big way. As for the game, Team Curry does have the best mix of playmaking guards and three-point shooters (Steph Curry, Klay Thompson, James Harden, Damian Lillard) on its roster. However, Team LeBron comes equipped with James, Durant, Russell Westbrook, and Anthony Davis. This amount of starpower will be too much for Team Curry to overcome.

Obviously, this pick starts with predicting Team James will defeat Team Curry in this defense-less showdown. In the drafting process, LeBron selecting Kevin Durant first and adding Kyrie Irving to his team proved his immense desire to win this game. Add in the fact that it is being played in Staples Center — a place he very well might call home next season — and he is due for a monstrous stat line. I’m expecting a triple-double for the King, and a 3rd All-Star Game MVP to add to his trophy case.