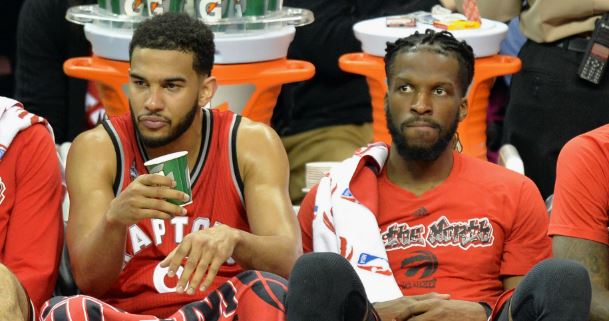 In the early morning before a pivotal Game 5 matchup against the Cleveland Cavaliers, two Toronto Raptors players were seen out at a casino. It’s not a good look for a team that ended up getting destroyed in a 116-78 beat-down.

The players, forward DeMarre Carroll and guard Corey Joseph, were seen at around 2 a.m. the morning of the biggest game in franchise history. Carroll and Joseph were spotted at the Jack Casino, which is located minutes away from the Quicken Loans Arena.

The game was at 8:30 p.m. and the Raptors didn’t need to be at the stadium until two hours before tip-off, so Carroll and Joseph still had plenty of time to rest up. However, their performances didn’t help their cause in any way.

Facing elimination in Game 6 Friday night, perhaps a good night of sleep for Carroll and Joseph is all Toronto needs to send the series back to Cleveland for Game 7.

Besides, there will be plenty of time for the Raptors duo to play blackjack and roulette in the offseason.