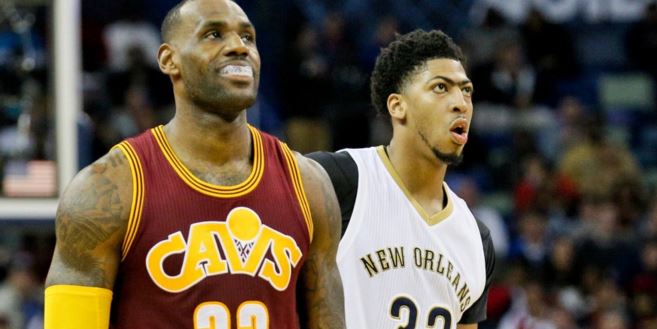 New Orleans Pelicans star Anthony Davis signed a maximum five-year, $145 million extension last summer. As part of the CBA, Davis was eligible for the “Rose Rule” to earn all $145 million on his contract. However, an absence from First, Second, or Third Team All-NBA honors this season would result in Davis missing out on $25 million of the $145 million.

Davis was not voted as an All-Star starter this season, and with Curry having essentially locked up MVP, Davis’ best chance is to make one of the All-NBA squads this season. Averaging an impressive 24.3 points, 10.3 rebounds, 2.0 blocks and 1.3 steals per game, it seems Davis has done enough this year.

However, a nagging knee injury could result in Davis being benched the rest of the season. Missing out on the opportunity to finish the season strong could severely impact his chances of locking up All-NBA honors.

“I wouldn’t say no to that (in regards to shutting Davis down),” Pelicans head coach Alvin Gentry said. “I think we’ve gotta be smart collectively, along with him. And like I said, I think we’ll know a lot more after they talk to the doctors today. And then I think there can be some decisions made. I think that’s something that he would definitely have to consider.”

With the situation at hand, Anthony Davis could be an even wealthier man if he finds a way to stay on the floor. But as he so wisely pointed out, “One hundred twenty-five million is still a lot of money … a lot of damn money.”