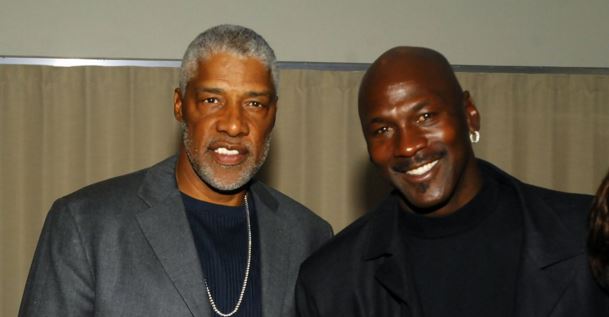 Despite finishing with the greatest regular season record in NBA history, the Golden State Warriors continue to be slighted by living NBA legends. Whether it’s former greats bragging about how they would shut down Stephen Curry or claims of their team steamrolling this Warriors squad, it should come as no surprise to hear Dr. J’s most recent comments.

“There’s always this consensus that the better teams are in the West, but Cleveland will be a tough matchup, offensively and defensively, for whoever comes out of the West. Because that’s not the team that played in the regular season. This team right now, they’re on to something that just kind of makes them a force to be reckoned with, and they’d have to be the favorites right now, in my book. …

The Cavaliers are the only team this postseason that has yet to lose a game, but it seems far-fetched to call them the best team in the league right now. Cleveland defeated two inferior opponents in the Detroit Pistons and Atlanta Hawks while being backed by hot shooting that will be virtually impossible to replicate.

While Cleveland seems to be a surefire bet to make the NBA Finals based on the horrendous play taking place in the Raptors-Heat series, it’s still ridiculous to consider any team other than Golden State as the perennial favorite.

Despite their 2-time MVP missing more than half of the postseason due to ankle and knee injuries, the Warriors find themselves one win from a second consecutive Western Conference Finals. And if his play in overtime of Golden State’s Game 4 win was any indication, Curry is fully healthy and ready to lead this team to another championship.

Perhaps an 82-0 regular season next year will finally convince NBA legends that the Warriors are a historically great team. Until then though, these all-time greats will simply be left eating their own words.