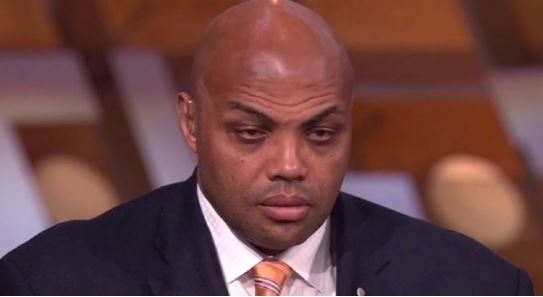 Of the many former NBA greats who have been critical of the Golden State Warriors’ success, few have been louder than Charles Barkley. The always-entertaining TNT analyst frequently refers to Golden State’s reliance on the long-ball as a potential pitfall, and was quick to pick the Thunder to advance to the NBA Finals after a resounding Game 3 victory.

Hours after Barkley made his prediction, hilarity ensued at a bar near Oklahoma City’s Chesapeake Arena. A report stated one Warriors fan was so insulted by Barkley’s lack of faith in the Warriors that he challenged the NBA Hall of Famer “to an actual fight.”

Security quickly stepped in and removed the fan from the bar before things escalated, which was probably a blessing in disguise for him. Barkley got into plenty of fights throughout his NBA career, and usually came out looking better than his opponent.

To make matters worse for the Dubs fan, Barkley’s prediction only looked wiser after the Thunder once again humiliated Golden State in Game 4. With Oklahoma City now holding a 3-1 series lead on the defending champs, Barkley is one Thunder victory from seeing Golden State succumb to the weaknesses he has predicted all along.

In celebration of being correct, maybe Barkley will fight the enraged Warriors fan for fun.