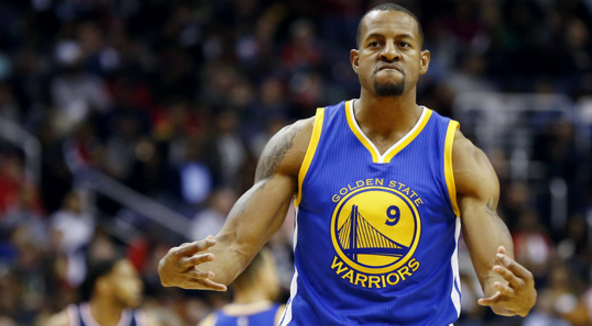 After the biggest collapse in NBA Finals history by the Golden State Warriors, most were quick to tip their cap to the Cleveland Cavaliers. LeBron James fulfilled his promise to end Cleveland’s 52-year championship drought, as the Cavs finished the season with the Larry O’Brien trophy in their hands.

However, don’t include Warriors wingman Andre Iguodala on the list of those who came away impressed by LeBron’s team.

In fact, Iguoldala went so far as to say the Cavs weren’t even the best team they faced in the postseason. Iguodala handed that praise to the Oklahoma City Thunder in an interview with Power 105.1 radio in New York, saying, “They [OKC] played us better than anyone. They played us better than Cleveland. Some of the stuff they was doing, it’s like … ‘Oh, man. We gotta play perfect.”

Many agreed with Iguodala’s notion that the Thunder looked like the best team for much of the postseason, but for Iguodala to say it publicly after losing to the Cavaliers seems petty.

With the Warriors adding Durant and becoming the new villains of the NBA, there was already plenty of motivation to take down this ‘Superteam.’ But after Iguodala’s recent comments, you can be sure LeBron and the Cleveland Cavaliers will be more motivated than anyone to prove this year was no fluke.