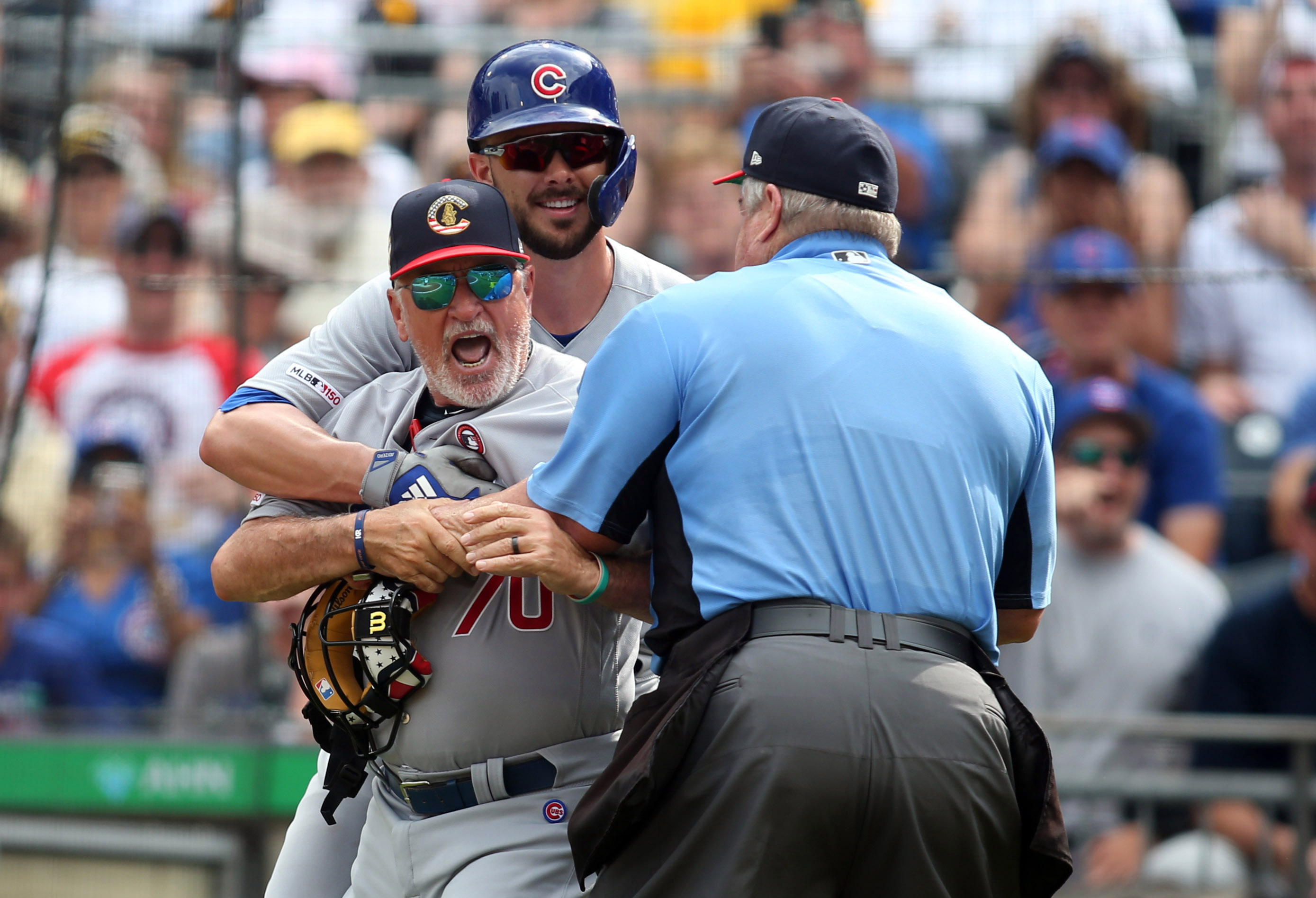 After a big win in 2012, Bart Scott of the NY Jets uttered those words in reference to an upcoming game in Pittsburgh. He’s been synonymous with the phrase ever since. He now has company.

Cubs manager Joe Maddon was asked about this weekend’s series at Wrigley against the Pittsburgh Pirates, and he responded accordingly.

The implication is much more threatening this time, though. Maddon’s quote was clearly indicating the Pirates should expect some fastballs to come uncomfortably up and in during the series. And if the Pirates deem those pitches to be purposeful, boys will be boys, benches will clear, suspensions will be on the way. Yawn.

This whole thing is in response to last week’s series when the Pirates came high and tight a few too many times for Maddon’s taste. The Cubs believe the Bucs have a philosophy that is a little too reliant on inside pitching and a little too light on caring about the other team’s health.

Baseball’s culture is the subject of much debate in 2019. A new generation of phone obsessed fans might be having a hard time stopping to smell the grass. A dog and a beer now sounds a little too unhealthy, even for gamers. It can also run you and your friend $50 just to get a couple of each. Baseball is aware of the issue, even if those in charge haven’t pinpointed any solutions yet. They started by limiting mound visits, and boy hasn’t that turned the game into a hoot.

It’s never been about speeding up the game. It’s about the value of what is happening during those 3 hours. The NBA and NFL ask for 3 hours of our time, and no one seems to have trouble with that, so baseball would be wise to start asking questions about its tone as opposed to its time.

MLB launched an ad campaign this year that seemed to indicate the fans’ cries for personality in the game were finally being heard. “Let the kids play,” say the ads. Maddon is among those who need to be tied to a chair and forced to watch these ads on a loop.

There’s a fine line between personality and emotion versus old school machismo. If the Cubs end up purposefully throwing at the Pirates, they’ve crossed the line. And it’s not about whether you or I think it’s right or fair or just or whatever. It’s about the fact that this kind of approach just doesn’t work in 2019 entertainment.

Most baseball fights are born from the idea that an opposing player or team is doing their job well. The other team doesn’t like that and starts to play unfair, like pitching unnecessarily inside. This all ends with everyone running onto the field to act like they’re going to fight even though they rarely do. This is not what fans are looking for.

However, emotion and personality are requirements for fan attachment. There is a happy medium, as evidenced by a recent Giants-Dodgers series.

A few weeks ago, the rivals got into it because Madison Bumgarner did not like how much Max Muncy was enjoying a long home run into the water in San Francisco. He started to stalk Muncy as he rounded first. Bumgarner yelled at Muncy to run instead of watching the ball. Muncy’s response: “If you don’t want me to watch the ball, go get it out of the ocean.”

Ok first of all, I’m not sure how getting the ball out of the water would solve this. And second, the ball was in the bay, not the ocean, but I digress.

The quote made the rounds and was printed on t-shirts worn by the Dodgers during batting practice a week later when Bumgarner was scheduled to face his rivals again, this time in LA. There was a buzz when the two faced off. Muncy ripped an RBI single to right. The crowd went nuts. This, was entertaining.

Indeed it is a fine line, but a significant one. Bumgarner and Muncy got to act like boys and pound their chests, but no one ever tried to hit the other one with a ball or a bat. No benches clearing, no suspensions, no nothing. Just personality, emotion and, therefore, entertainment.

So let’s transfer this tone to the Cubs and Pirates this weekend. Maybe the Pirates should all get really short haircuts and make t-shirts that say “high and tight club.” Maybe the Cubs could hand out paper plates to the fans with the word “scared” printed on it, because the Pirates are “scared” of the plate. Look, just spit-ballin’ here, but this is how you troll in 2019.

Before the purists scream at the immaturity of it all, understand that throwing a 95 mph hard-bound orb at someone else because they got a hit their last time up is way more immature.

At the fundamental base of all of this is that newer fans, I think, have a better grasp on the big picture of sports. Yes, sports matter, but they’re also supposed to be fun. Since Kobe Bryant retired, anger isn’t cool anymore.

Maddon has an opportunity this weekend. The only thing he needs to throw at the Pirates is some creativity. 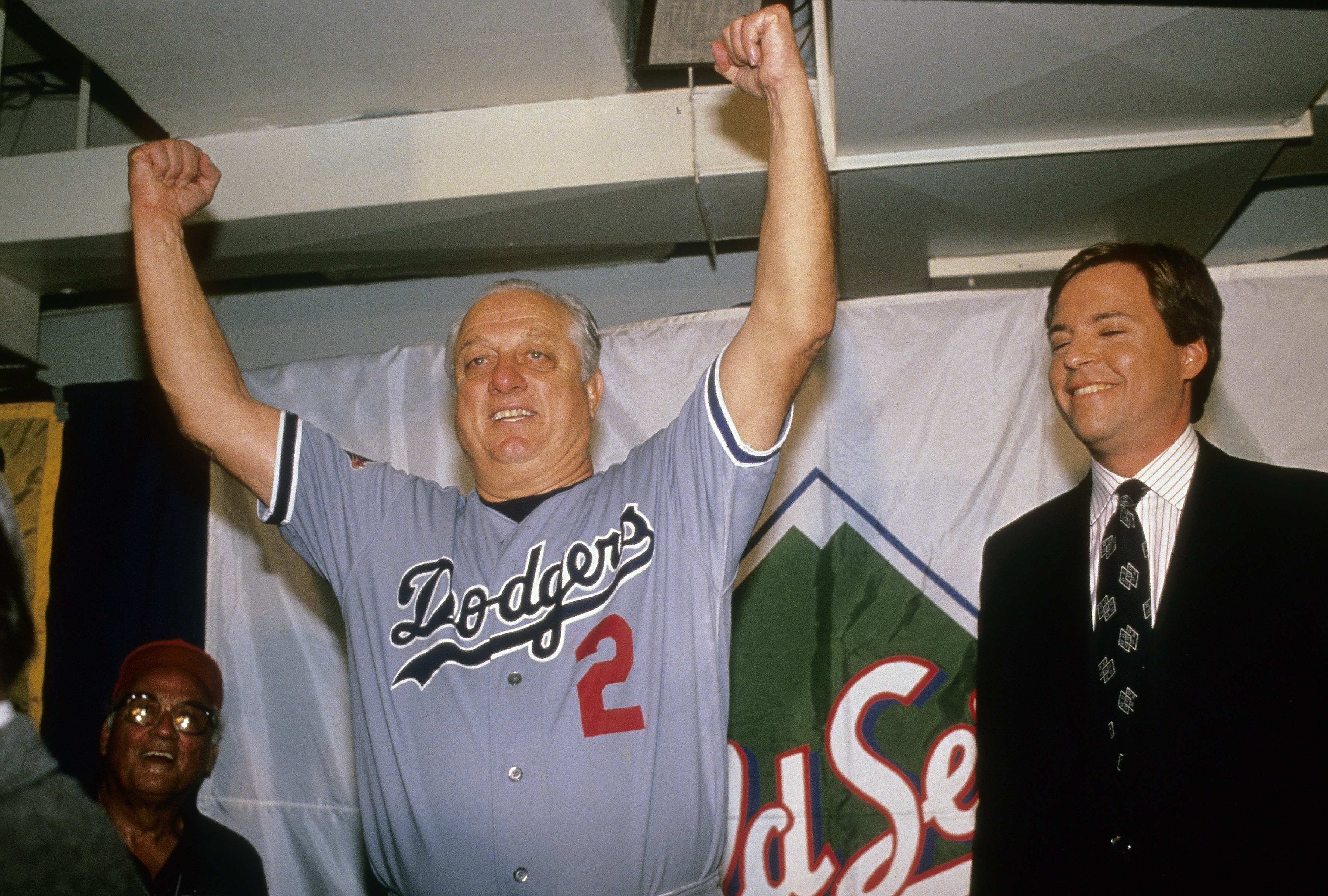 The 25 Greatest Managers In MLB History