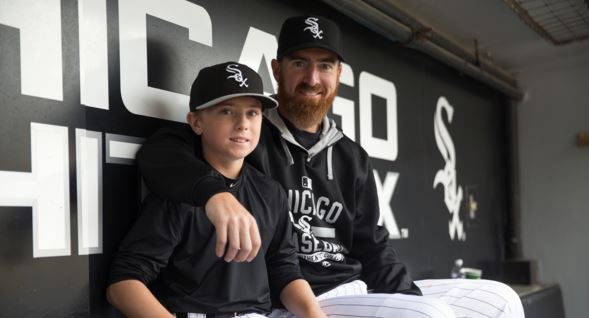 Adam LaRoche has decided to step away from baseball, choosing his son over the game they love. LaRoche, a 12-year veteran, has left the Chicago White Sox and $13 million on the table due to a disagreement with executive vice president Kenny Williams.

While LaRoche’s sudden retirement was a surprise to many, the reason for his departure has shocked the baseball community. Williams reportedly told LaRoche that his 14-year-old son, Drake, was no longer welcome in the clubhouse. According to LaRoche, an agreement was made before signing with the White Sox.

“Prior to signing with the White Sox, my first question to the club concerned my son’s ability to be a part of the team. After some due diligence on the club’s part, we reached an agreement. The 2015 season presented no problems as far as Drake was concerned.”

LaRoche later stated that he was “told not to bring him to the ballpark at all.” While Williams continues to dispute LaRoche’s side of the story, star pitcher Chris Sale, among many others, has come to LaRoche’s defense.
“Somebody walked out of those doors the other day and it was the wrong guy,” Sale said. “We got bald-faced lied to by someone that we trust, this isn’t us rebelling against rules; this is us rebelling against B.S.”

In an attempt to limit the distractions in the clubhouse, Williams has created the biggest distraction of the new season thus far. Gone is a player beloved by his teammates and the child Sale referred to as the ‘team mascot.’
Williams has induced friction amongst the White Sox – a team that has to deal with the defending champion Royals, and a tough AL Central division. Sale went on to say that “there was absolutely no problem in here with anyone. [Williams] kind of created a problem.”

While the White Sox are left to deal with the messy aftermath of Williams’ decision, LaRoche seems to have already made peace with his: “In life, we’re all faced with difficult decisions and will have a choice to make. Do we act based on the consequences, or do we act on what we know and believe in our hearts to be right? I choose the latter.”