The Rockies have ridden an incredible rookie-led pitching staff to a 56-41 record (as of July 20). Interestingly enough, their dirty little secret is that their offense isn’t that great. We tend to overrate Coors Field offenses because of the boost they get, but beyond Nolan Arenado and Charlie Blackmon, the Rockies group is downright ordinary. Ozuna would be a huge shot in the arm to replace the lack of production from Carlos Gonzalez. He would slot into the cleanup spot to protect Arenado. Straily would be a huge help to a rotation that’s been performing above its head. The Marlins are open about wanting to unload salary, and this would allow them to pick up some young talent.

9. Boston Gets A Moose

We all know the Red Sox need a third baseman. Though they have Rafael Devers lurking in AAA, they have been very slow to progress him. Moustakas would help Boston put some distance between themselves and their competitors (Rays, Yankees) atop the AL East. He’s having a great power season, and is very competent at the hot corner. With Boston’s rotation being full of question marks behind Chris Sale, Vargas would be a stabilizing force. Groome is currently the 34th-ranked prospect in baseball. A 6’6” frame and easy delivery makes him a potential frontline starter down the line. The Royals have talked about buying. But in all actuality, they should be selling.

The Dodgers are the class of the National League. They have a deep lineup anchored by two young studs in Cody Bellinger and Corey Seager, a rotation led by the Earth’s best pitcher in Clayton Kershaw, and a lights-out closer in Kenley Jansen to shut things down. For as deep and as talented as they are, they have one big question: Who starts Game 2 of a playoff series? Alex Wood has been a revelation — accruing an 11-0 record with a minuscule 1.56 ERA thus far. With that said, he’s a guy who always raises health concerns, and has never thrown 190 innings in a year. Beyond Wood, LA could roll out Rich Hill, but his lack of consistency can be maddening. Enter Sonny Gray, a bona fide #2 starter, and a righty to break up the Dodgers’ string of lefties. Add in a relief wild card in Treinen, and you’ve upgraded both ends of an already-good pitching staff. Verdugo, Stewart, and Lux are a significant package, but the Dodgers’ farm is loaded, and they’d be getting Gray for 2018 as well. Cueto is such a strange trade target. A perennial Cy Young contender, his ERA has ballooned to 4.59 this season — and the underlying stats say he really has been that bad. Add that concern on top of that $92 million that’s still owed to him in the next few years. That seems like a lot to take on for the small-market Brew Crew, but he also has the ability to opt out after 2017. It doesn’t seem likely that Milwaukee is ready to deal its best prospects for Darvish or Gray, but they do want to at least show their fans they are going for it this year. While the Brewers might prefer him to opt out, $22 million per year actually isn’t that bad — especially given the difficulty of luring big stars to the Midwest. I have the Giants getting back Ortiz — who is MLB.com’s 51st ranked prospect. He’d be a nice get given Cueto’s lack of production this season. They also reacquire Bickford to add another arm to the system, and take a flier on Phillips being a post-hype sleeper.

6. Indians Go All In Cleveland got oh-so-close last year to breaking their own World Series drought. But, it’s a “what have you done for me lately?” sort of World, and the Tribe are old news. The Astros and Yankees have dominated headlines in the American League, and though the Indians lead the AL Central, they aren’t publicly discussed as a serious title contender. That’s where Josh Donaldson comes in. Though he’s been below his usual standard this year, he’s been recovering from injury and should get stronger as the season goes on. Plus, he’s under contract for 2018 (meaning he won’t be a rental). Rising star Jose Ramirez can move over to 2B to make room for Donaldson. Happ is a nice rotation piece to slot in behind Corey Kluber and Carlos Carrasco for the Indians. I have Cleveland surrendering their #2, #3, and #4 prospects, along with reclamation project Brady Aiken and pitching prospect Shane Bieber. With a last name of Bieber, he certainly does belong in Canada.

5. Mets Throw In The Towel

The Mets have built a flawed team. It’s as simple as that. Matt Harvey can’t be relied upon, and as much as we all love the thunderous right arm of Noah ‘Thor’ Syndergaard, his health is a huge question mark right now. Giving up deGrom is a big gamble, as he’s still got three controllable years. However, this trade has four quality young players heading back to Queens. The Mets’ brass has to look to their next young core of Conforto, Syndergaard, and Amed Rosario for hope. As such, why not consolidate in order to aim to compete in 2019 — at which point the Nationals could be without Bryce Harper and Stephen Strasburg thanks to free agency.

The Cubs are all in. Despite their 2nd place standing, Theo Epstein & Co. know they have a better team than Milwaukee. They’ve already made the biggest summer splash in bringing in Jose Quintana to the north side, but they’re not done yet. Darvish gives them a third reliable starter, and if Jake Arrieta can find his form, they could be set for another playoff march. Would the Cubs actually sell low on Schwarber? The thing is, he will always be more valuable to an AL team — as he was born to DH. Texas would do well to get a controllable guy with upside like Schwarb for a half-season of Yu. Throw in De La Cruz (the Cubs’ best remaining prospect after the departure of Eloy Jimenez) and you have a pretty sexy package. Do the Nationals need McCutchen? Certainly not to win the pathetic NL East. This trade is all about October, when offense dries up and battle-tested bats come in handy. If you add ‘Cutch to the already-loaded Nats lineup, they might have the best collection of hitters in either league. Throw in Rivero, who the Pirates got from the Nats just 12 months ago, and suddenly Washington has a deep and lethal bullpen. Robles might be the best hitting prospect in the minors, but given that Bryce Harper is just a year and a half from walking in free agency, you’ve got to pull the trigger and try to win now.

Is this likely? No. But is it fun as hell to consider? I think so. Stanton’s contract is almost impossible to move, and all the chatter is that he’s more a candidate for an offseason trade — when front offices have time to get their books in order. The Twins are showing signs of life this year. The only way they agree to take on Stanton’s massive contract is if they get Yelich as well, giving them a cost-controlled star to go along with a potential albatross contract. Stanton’s contract is the reason the Twins wouldn’t have to surrender a massive prospect haul, but they still give up their #1 guy in Nick Gordon, and a high-upside bat in Wander Javier. The key to all of this is that Stanton is actually mashing this year, and has been healthy thus far (fingers crossed). The Astros are loaded, but a Twins lineup featuring Stanton, Yelich, and Miguel Sano in the middle could vault this team into World Series contention. There’s a reason this is #1. Simply put, it ain’t happenin’. The Angels know what they have in Trout, and are content to surround him with mediocre teams as long as they keep raking in profits. It’s really a shame, because we all deserve to see the game’s best player actually competing in October. For the sake of argument, let’s assume Bryant and Rizzo are off limits, as is Willson Contreras — because the Cubs need a catcher. The package would have to start with Addison Russell, Kyle Schwarber, and Ian Happ – three talented young players who’ve had some success in the majors. Add to that haul the Cubs’ five-best prospects, who are Jeimer Candelario, Oscar De La Cruz, Mark Zagunis, Trevor Clifton, and Jose Albertos. The Halos would remake their future in one fell swoop. The bigger question though – would any Angel fans remain? 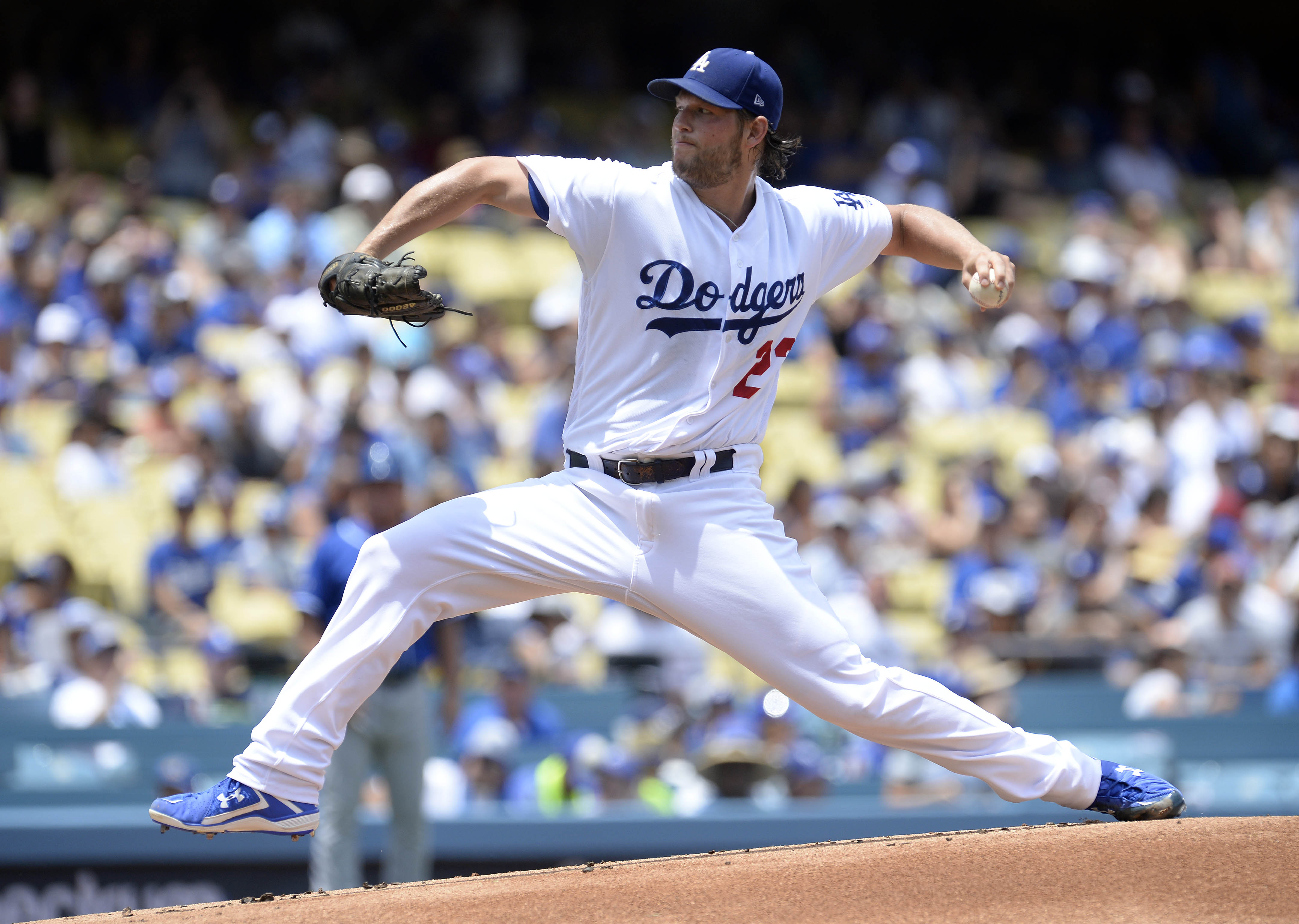