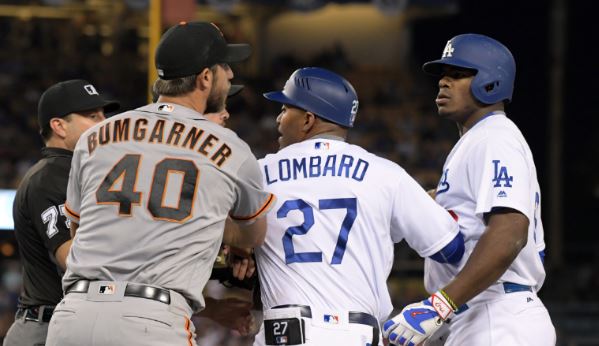 The San Francisco Giants are in absolute free-fall after sitting with the best record in baseball at the All-Star break. Entering Monday night’s game five games back of the Los Angeles Dodgers in the NL West, San Francisco left Dodger Stadium six games back after blowing another 9th inning lead.

Even though the key storyline of this one was supposed to be another Madison Bumgarner-Clayton Kershaw showdown, the renewed Bumgarner-Yasiel Puig feud and San Francisco’s official Twitter page stole the show.

In the 7th inning with the Giants holding a 1-0 lead, Puig grounded out. When Bumgarner and Puig made eye contact after the at-bat, words were exchanged, leading to both benches clearing. Ultimately, nothing happened, but if you thought the Bumgarner-Puig beef was over, you were sorely mistaken.

The drama didn’t end there though, as the Giants’ Twitter account got into some trouble when discussing Bumgarner’s dominance: While “KKK” was clearly intended to point out how San Francisco’s ace struck out Kikè Hernandez three times in the game, the same abbreviation is used to represent the Ku Klux Klan – a right wing extremist organization. As if that wasn’t bad enough, the Giants also left out the accent mark over the “e” in Kikè, resulting in the spelling of an offensive slur for Jewish people.

It certainly wasn’t a good night for Giants fans, and even though it is an even year, that phrase has become more and more frequent since the All-Star break. 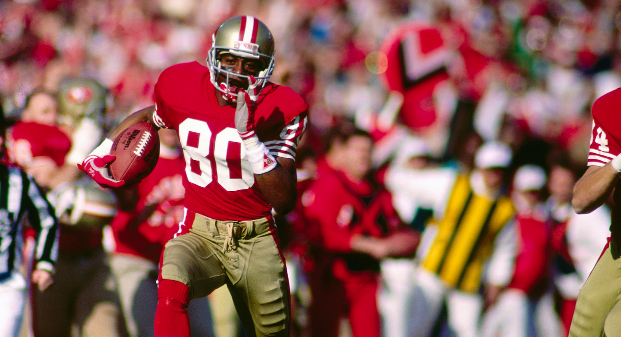 The 10 Craziest Records In Sports That Will NEVER Be Broken