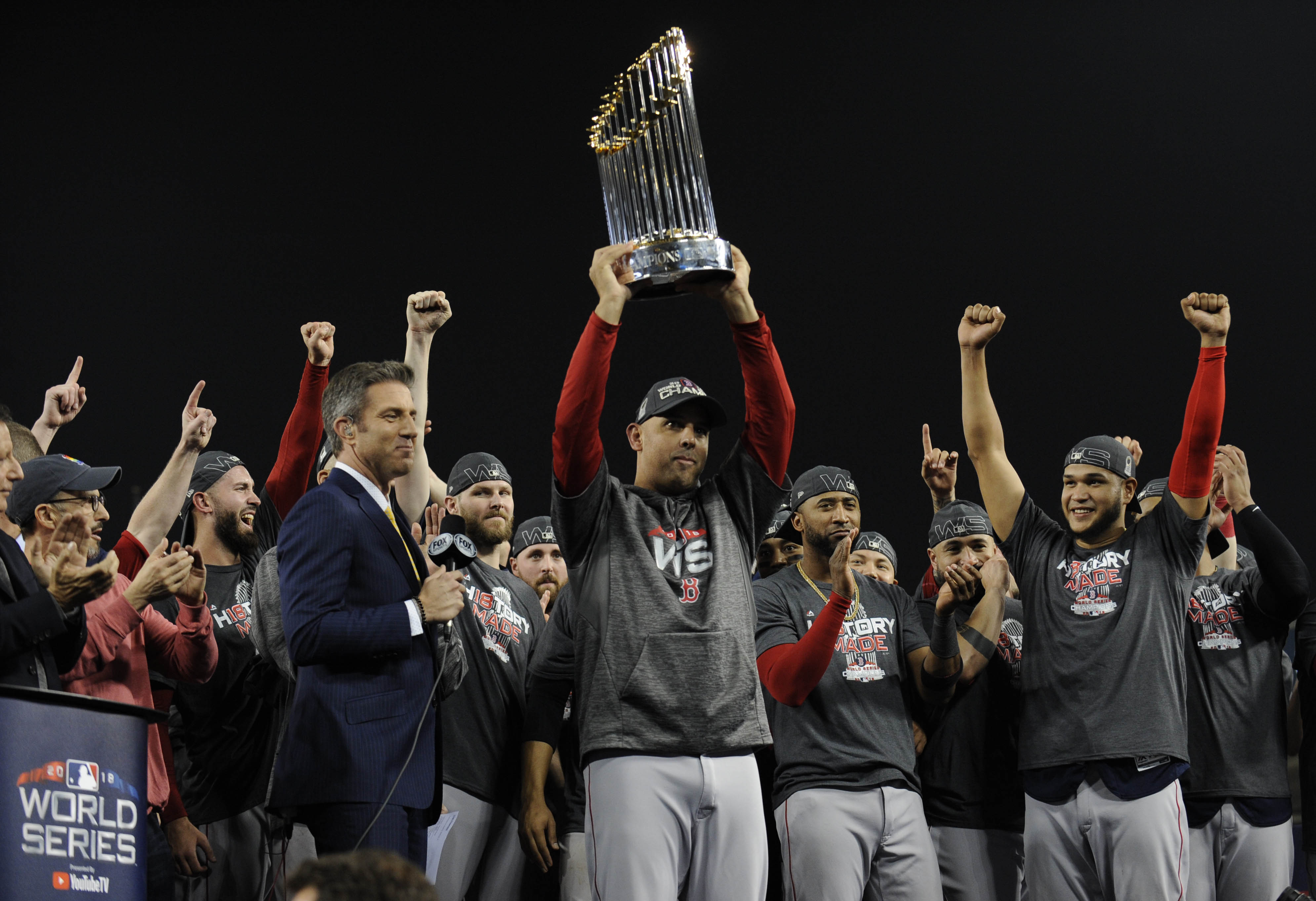 The greater Boston area didn’t have to wait long for another championship banner from one of their professional sports teams.

After eight grueling months of grief and despair following the New England Patriots loss to the Philadelphia Eagles in Super Bowl LII, Boston found its next champion with the 108-win juggernaut Red Sox. After dropping just three games in the postseason — and outscoring their opponents 84-51 in the process — Boston hoisted its fourth championship trophy in the last 15 years. While a tough Dodgers squad gave the Red Sox everything it had, that proved to not be enough.

Boston’s sheer dominance throughout the postseason was remarkable. A one-sided run-differential doesn’t tell the whole story. The Red Sox obliterated three of the best teams in the majors. A 100-win Yankee team thought they had the rival Red Sox on the ropes after chasing David Price early in Game 2, and thus picking up a 6-2 victory in Fenway. Boston answered with a 16-1 shellacking two nights later in Yankee Stadium.

The defending champion Houston Astros won 103 games in the regular season. A.J. Hinch’s team became the first squad since 2004-05 Cardinals to put up triple-digit win totals in back-to-back years. The Astros actually entered the series against the Red Sox as favorites despite not having home-field advantage. After winning Game 1 in Fenway, many baseball pundits thought the Astros had the series in hand. However, the Red Sox ripped off four-straight victories — including a trio of wins in Minute Maid Park.

After disposing the American League’s best, the Red Sox turned their sights to the mighty Dodgers. Los Angeles made its second-straight appearance in the Fall Classic. While the Dodgers struggled throughout the regular season (92 wins in ’18 after 104 wins last season), they were still considered a top team. LA finished the season with the most home runs in the National League, and the third-best run-differential in the Majors. Of the 13 position players on the Dodgers’ World Series roster, 10 have previously made an All-Star team. The Red Sox made the Dodgers look like they didn’t belong on the same field during spurts.

This Red Sox team will go down as one of the most dominant clubs of the modern era. Along the same lines, they’re also one of the most puzzling. We’ve spent the entire year questioning how it all works. Chris Sale has been one of the five-best pitchers of this generation, and they barely needed him to clinch either of the last two series. Mookie Betts will likely be awarded the American League MVP in the coming days. He batted .210 during postseason play. Playoff star Andrew Benintendi didn’t even scratch the starting lineup in two games against LA. J.D. Martinez and Eduardo Nunez were essentially on one leg by the time the series was over.

Take solace in this LA fans: The Red Sox were not just the better team of the two, they were the best team in the league…and it wasn’t all that close. From top-to-bottom, Alex Cora’s club got contributions from every player on the roster. The 2018 Red Sox are the epitome of a team clicking on all cylinders.

For instance, how many batting lineups in the league would you take over the Red Sox? The Yankees have a pretty nasty order — though their propensity for striking out and not making contact limits their overall ceiling. Same goes for the Dodgers. Teams like the Brewers, Indians, Nationals all have a say, but none of those clubs have the consistency or collective approach this Red Sox team has. Where were the easy outs in Boston’s lineup? We know about the stars, but Jackie Bradley Jr., Brock Holt, Rafael Devers, Nunez, and World Series MVP Steve Pearce all had multiple big-time at-bats throughout the postseason.

By the same token, is there a pitching staff you’d trust over Boston’s? Sale clearly didn’t have his best stuff during the postseason. Regardless, he was picked up by the emergence of Nathan Eovaldi, Joe Kelly, and the resurrected Price. Closer Craig Kimbrel looked shaky throughout the ALDS and parts of the ALCS, but eventually cleaned up his issues and looked nearly unhittable against the Dodgers (aside from a meaningless Kike Hernández home run at the end of Game 4). Righty middle-relievers Matt Barnes, Ryan Brazier and Heath Hembree allowed just two total runs in nearly 25 innings pitched.

The Brewers have a better bullpen, and nobody can compare to Houston’s caravan of filthy starters. But Boston’s ability to blend their starting staff and relievers together is preposterous — particularly when the Red Sox have the option to bring in guys like Eovaldi, Price, or even Sale to pitch an inning or two out of the bullpen.

Then there’s Cora, who looked like anything but a rookie throughout his first year as skipper. Boston’s leader pushed all the right buttons during their run, and rightfully earned a ton of praise for the calculated risks he took. On the other end, Dodgers manager Dave Roberts has been lambasted for some of the decisions he made. While it’s ultimately up to the players to execute, the managers have a hand in putting the right players in the spots to succeed. Cora was prepared for every situation, and didn’t hesitate to go for the jugular when the opportunity presented itself.

All of the parts working in cohesion led to Boston’s ninth World Series title. It wasn’t as easy as the team made it look, but the Red Sox proved they were in a class of their own in 2018. With a majority of the core set to return, there’s no reason the Red Sox shouldn’t be a heavy favorite entering next season. 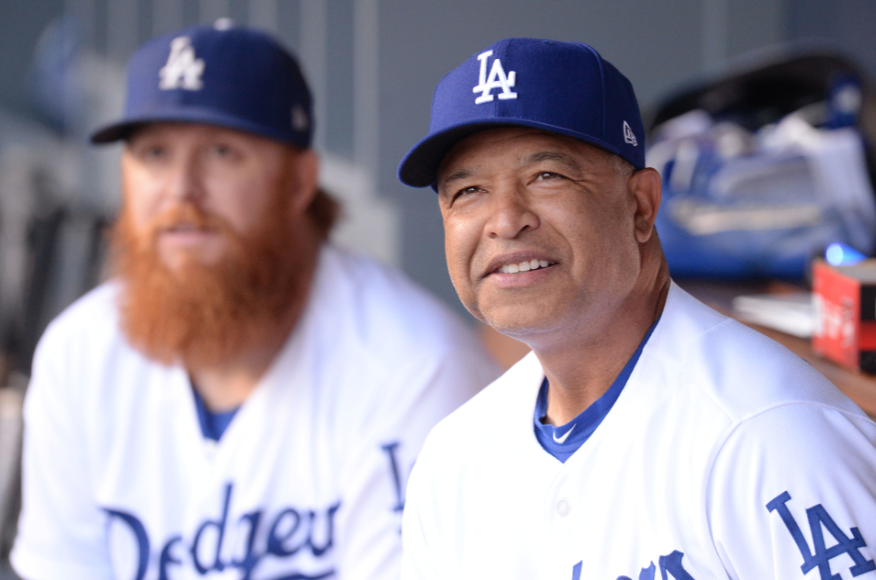 Dave Roberts Should be Retained as the Dodgers' Manager