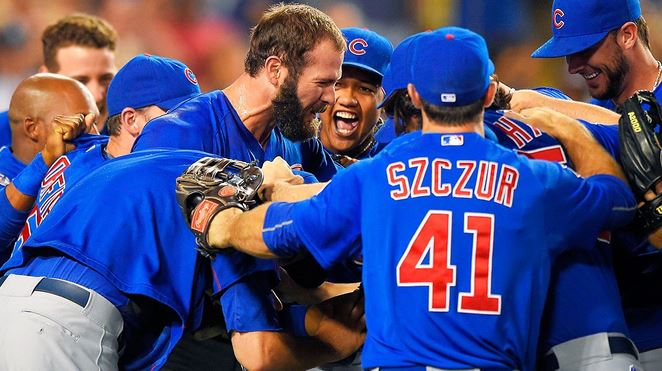 Wednesday night, the National League gives us the most appealing Wild Card matchup since the current format was introduced in 2012 in a showdown between two of the most exciting clubs in baseball. These are complete rosters loaded with some of the game’s brightest young talent that combined to win 64 percent of their ballgames after the All-Star break. The NL Central rivals faced each other 19 times this year, with the Cubs taking 11.

Newsflash: these guys can deal. Cy Young candidate Jake Arrieta has allowed nine(!) runs in the second half of the season, and currently owns a streak of 22 scoreless innings. The Bucs should be happy to see him again, considering how they’ve hammered him for three combined runs over 36 innings this season. 25-year old ace Gerrit Cole hasn’t been too shabby either, posting 19 wins and a 2.60 ERA for the Pirates. He saw the Cubs four times this year (including twice in September), and handled them just fine, allowing six total runs. Most importantly, these are two of the most competitive players in baseball who absolutely want the ball in this type of environment. The bullpen edge goes to the Pirates’ strong cast, featuring baseball’s saves-leader Mark Melancon.

Since the All-Star break, both lineups rank in the top four in the NL in runs scored. Joe Madden’s team employs a contemporary home run-or-strikeout approach, finishing second in the NL in post-All Star break homers while leading all of baseball by a mile in strikeouts. This is a lineup budding with young sluggers. Kris Bryant celebrated his first September in The Show by hitting .336 with five homers. Newly-minted second basemen, Starlin Castro, scorched to a 1.202 OPS and 20 RBIs in the final month.

The Bucs, meanwhile, possess a versatile lineup that produced the fourth-most runs in the NL in the second half. Losing Jung Ho Kang and his .815 OPS was a blow, but this is a deep roster with solid interchangeable pieces like Sean Rodriguez, Michael Morse, Jordy Mercer, and Aramis Ramirez. Oh, and they still have Andrew McCutchen, too.

Prediction: Arrieta isn’t fazed by the raucous atmosphere and hurls a gem. The Cubs get one clutch blast off Cole and win a trip to St. Louis, 3-1.

Better Prediction: PNC Park will be absolutely electric, and this game will look awesome on TV. Also, the commentators will talk non-stop about how much potential is oozing from each of these ball-clubs.