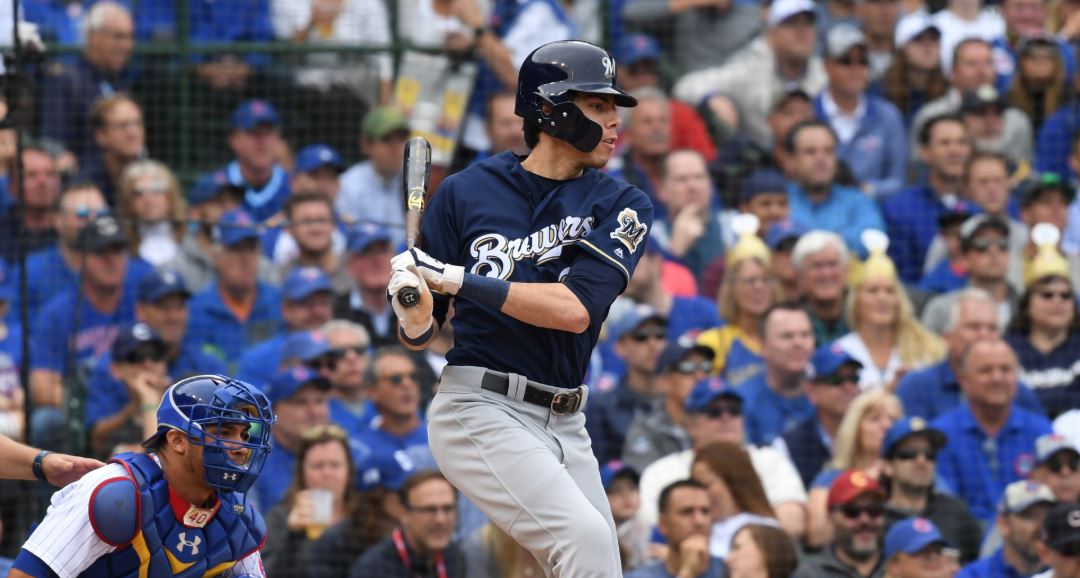 Baseball is down to its final four teams:  The Los Angeles Dodgers and Milwaukee Brewers in the NL, and the Boston Red Sox and Houston Astros in the AL. We’ve decided to break down each series, position-by-position.

Up first, Los Angeles vs. Milwaukee:

While the two teams match up quite well on paper, this category holds the biggest gap within the series. Clayton Kershaw has been announced as the Game 1 starter for LA. Hyun-Jin Ryu and Walker Buehler are set to follow. Gio Gonzalez gets the call for Milwaukee in Game 1, followed by Wade Miley in Game 2 and Jhoulys Chacin in Game 3.

Kershaw and Buehler are the two best starting pitchers in this series. With the Brewers’ bullpen being their biggest strength, the team will not rely on their starters going deep into games.

On the season, Yasmani Grandal has hit 24 HR. A majority of them have come hitting left-handed. Milwaukee will rely on Erik Kratz to handle the pitching staff. While Kratz has struggled to hit this season, he may be turning it on at the right time. Kratz went 5-for-8 against Colorado in the NLDS. If anything, Grandal’s reputation as an elite pitch-framer could give him a slight edge. The biggest difference between the two is offensively — and Grandal easily tops Kratz in that department.

Both players have come out of nowhere this season — going from marginal players to All-Stars. Max Muncy (LA) and Jesús Aguilar (MIL) both hit 35 HR on the year. Aguilar knocked in nearly 30 more runs than Muncy. He also hit slightly better overall (.274 vs. .263). Defensively, both are comparable. The biggest difference here may be Muncy’s ability to get on base at a higher rate. Muncy walks more and strikes out less. More or less, these two players offer much of the same.

Kiké Hernández (LA) and Travis Shaw (MIL) both offer tremendous value to their respective teams. Both players are capable of playing multiple positions — the difference being Kiké’s ability to play in the outfield as well. Shaw provides a ton of pop in the middle of Milwaukee’s lineup and puts stress on opposing staffs. Kiké is hitting well coming into the series, but Shaw’s potential to make a big impact is higher. Out of all the infield positions, Manny Machado holds the biggest advantage over his counterpart. Hernán Pérez is a fine player, but Machado is a superstar. Both teams pursued Machado at the All-Star break, and now the series could be determined by his play.

In lieu of losing the Machado derby, Milwaukee made a splash by trading for Mike Moustakas. Moustakas, a slick-fielding third baseman, gives the Brewers another powerful bat in the middle of their lineup. His postseason experience with Kansas City could pay dividends. However, as good as Moustakas is, he’s not Justin Turner. Since returning to the Dodgers lineup, Turner has been one of the best hitters in baseball. Turner may not be as good defensively, but he is still above-average fielding his position. At the end of the day, Turner is a more consistent hitter and reaches base far more often.

One outfield features a former Rookie of the Year and a Wild Horse, while the other features the likely 2018 NL MVP, the 2014 ALCS MVP, and the 2011 NL MVP. Joc Pederson, Cody Bellinger and Yasiel Puig provide plenty of pop and range defensively, but they also strikeout far too often.

Ryan Braun, the third banana in Milwaukee’s outfield, is still dangerous at the plate. Lorenzo Cain has been tremendous in center, and finished second among position players with a 6.9 WAR. Christian Yelich — the NL leader in WAR (7.6) — has been unstoppable since the All-Star break. Cain and Yelich are the heart and soul of Milwaukee’s attack. The Brewers will go as far as they can carry them.

The Dodgers are the deepest team in baseball. Depending on the opposing pitcher, LA has an entire lineup ready to face either a lefty or righty. Chris Taylor, David Freese, Matt Kemp, and Brian Dozier will all likely see time this series.

While the Brewers don’t possess the same fire power as the Dodgers, they do have some good talent on their bench. Jonathan Schoop is a former All-Star who may start against left-handers. Orlando Arcia played well in the Division Series, and should be utilized frequently. When it comes down to it, the Dodgers’ ability to mix-and-match throughout the lineup plays to their advantage.

This is another area where Milwaukee holds an advantage — though it may not be as great as many believe. The Brewers have four guys capable of closing at their disposal: Joakim Soria, Corey Knebel, Josh Hader, and Jeremy Jeffress. These four are good enough to control a game from the fifth inning on. Because of their ability, the Brewers will most likely pull their starter before they get too deep into the game.

When it comes to the Dodgers, their bullpen isn’t as shaky as one might assume. Sure, Kenley Jansen hasn’t been himself this year. However, he has shown signs of regaining his form. Jansen’s two appearances against Atlanta in the NLDS may have been his best all year. Kenta Maeda has been great as a setup man, though also has the ability to pitch multiple innings if need be. Pedro Baez, one of the slowest workers in baseball, has been stellar this season. With former All-Star Alex Wood and a returning Julio Urías also possibilities out of the pen, the Dodgers have plenty of depth.

The Brewers feature the better and scarier bullpen, but the gap isn’t insurmountable.

The Brewers and Dodgers are both led by coaches who are relatively new to the profession. Craig Counsell is in his fourth season as Milwaukee’s skipper. After winning only 73 games in 2016, Counsell has guided his team to 86 and 96 wins the past two seasons. Dave Roberts, in his third season with the Dodgers, has led LA to the NLCS each year he’s been at the helm. In this case, Roberts gets the slight edge due to his experience coaching in the postseason.