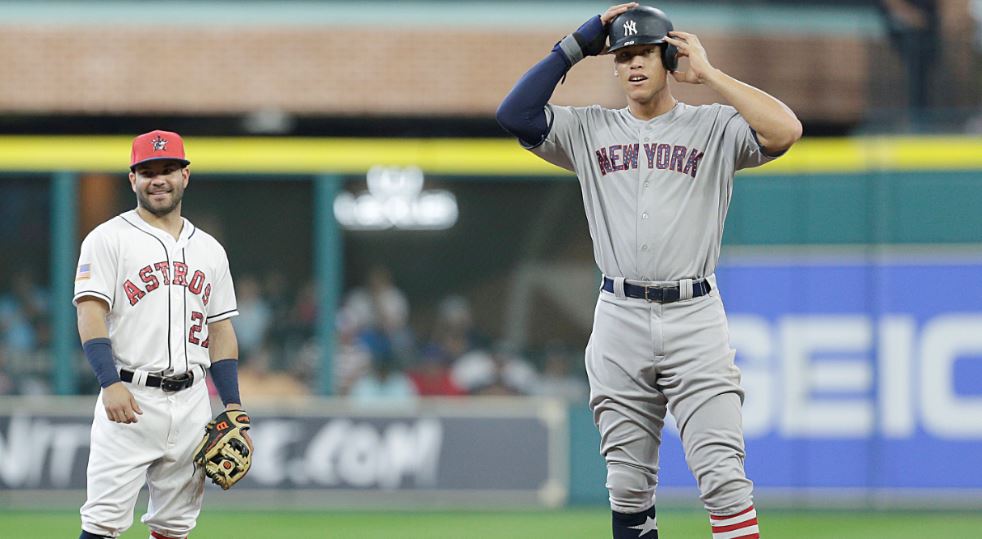 Wild Card races are heating up. The Dodgers are colder than a polar bear’s toenails. The Indians have been setting the world on fire with one of the most impressive winning streaks in baseball history. Giancarlo Stanton is chasing the Babe (spoiler alert: he won’t catch Barry). It’s all setting up for a dramatic stretch run and playoff picture.

So before the madness gets turned all the way up to 11, let’s take a moment and examine the best of the best from the 2017 regular season. Here are my picks for the major MLB awards, presented to you three weeks early so I have plausible deniability when I inevitably make a dumb choice. Well this one is obvious, isn’t it? I’m tempted to take away the award from Bellinger after the Dodgers’ embarrassing August nosedive, but even if he were hitting well, they would still find ways to lose. Cody has an outside shot at 40 homers, has racked up 4+ WAR, and has the added bonus of being a versatile fielder capable of handling the outfield. The sky is the limit for this kid, and if he can cut down on his strikeout rate while continuing to walk, he will be a force for years to come. All rise. The best rookie we’ve seen since Mike Trout is now in session. It’s in vogue to talk about Judge’s second half decline, but really, what did you expect? That he’d get better? No, regression was always coming, and for my money, Judge has survived it admirably. While his batting average and power totals have come back down to earth, Judge has maintained Votto-esque plate discipline, allowing him to reach base frequently via the walk. The fact that he still boasts a .411 OBP (tied with Altuve for fifth in MLB!) even after his extended slump is a testament to his unwillingness to alter an approach that will serve him for years to come. He’s both a physical specimen and a baseball wonder – how else could you lead the American League in runs, home runs, walks, and strikeouts? Judge is the one true outcome. Did I flip a coin in order to choose between Counsell and the Diamondbacks’ manager? Do you know the Diamondbacks’ manager’s name? Only one of those answers is a yes (and Torey Lovullo is Arizona’s skipper). The job that Counsell has done to keep the Brew Crew relevant throughout 2017 has been staggering. Milwaukee has been rising from the ashes of a rebuild – there’s no way they thought they might challenge for the NL Central crown this season. And it’s true that they’ve faded – and that they just lost ace Jimmy Nelson, womp womp – but Counsell has taken a young squad whose veteran leadership consists of the morally questionable Ryan Braun, and turned them from a “fun” team to a playoff hopeful. I was kidding, by the way, I picked Counsell because of his silly batting stance. Are you freaking kidding me? The Angels sit just a single game out of a Wild Card berth. If you had told me that in April, I would have said you were nuts. If you had told me that in June, I would have hit you in the nuts. The Halos lost the best player of the 21st century on May 28, and proceeded to stay in the race for the entire month of June until the All-Star Break. Then they got Trout back, and have weaseled their way into the playoff picture despite a pitching staff that is made up of Dudes You’ve Never Heard Of and Dudes Returning From Catastrophic Arm Injuries. One of baseball’s longest-tenured skippers deserved the honor this year for keeping his team in the fight emotionally when they lost their best player, and pushing them through to an amazing final month. Scherzer has proved to be worth every penny of the mega-million contract the Nats gave him three years ago. To me, Mad Max getting the Cy is an obvious choice. It might be more interesting to discuss him for NL MVP, but winning back-to-back Cy Young Awards is nothing to shake a stick at. Much like most of Scherzer’s pitches, at which shaking a stick rarely does anything productive. He is sporting a 0.875 WHIP, and only allowing 5.6 hits per nine innings. That dominance, combined with 12 strikeouts per nine, is downright unfair. But it’s not only the dominance, it’s the consistency. Assuming he takes the hill three more times in September, Scherzer will have hit nine straight seasons with 30 or more starts. What a stud. Speaking of studs… Chris Sale is the best pitcher in baseball right now. He’s thrown almost 200 innings of 2.76 ERA ball in this homer-prone era, which is astounding. Even more noteworthy? He’s actually been unlucky, as evidenced by his microscopic 2.19 FIP (fielding independent pitching). He’s already set a career high in strikeouts, and at 278 is within striking distance of the rarefied air of 300 punch-outs. What’s more? While browsing his baseball-reference.com page, I just realized that Sale has the best strikeout-to-walk ratio of all time. 5.11. Better than Pedro, Maddux, Koufax, Cliff Freakin’ Lee, and even goddamn Cy Young himself. Hats off to Sale. This is one hell of an MVP race. We have Giancarlo Stanton on a home run tear, mashing taters like we haven’t seen in years. We have Joey Votto, elevating his game by tapping into extra power to go along with his insane OBP. We have Anthony Rendon, compiling value through a well-rounded game, contributing a .300/.400/.500 slash line along with excellent defense at the hot corner. But for me it’s Goldy, finally getting over the hump after two second-place MVP finishes in 2013 and 2015. He’s dominating every stat category, OPS-ing over 1.000 and has even stolen 17 bases. He’s got the narrative on his side as well, being that he’s the best player on one of the league’s top teams, a team that’s ridden an incredible hot streak in the second half of the season. Dark horse here is Max Scherzer, who isn’t sneaking up on anyone, but he has thoroughly dominated. For me, this race isn’t particularly close. Aaron Judge looked to be the front-runner, but his second-half struggles have been documented all too well. Altuve is an absolute monster – on his way to a third batting title in four years, as well as leading the league in hits, OPS+, stolen bases, and both fWAR and bWAR. Naysayers will point to the amazing lineup surrounding Altuve, which certainly makes him better, it’s true. But he also makes them better, makes them go, and has been in the lineup all year, staying hot even when the other guys missed time. And all this offense is coming from the Astros’ second baseman, a huge advantage that helps them sport a lineup devoid of weakness. He’s the man. 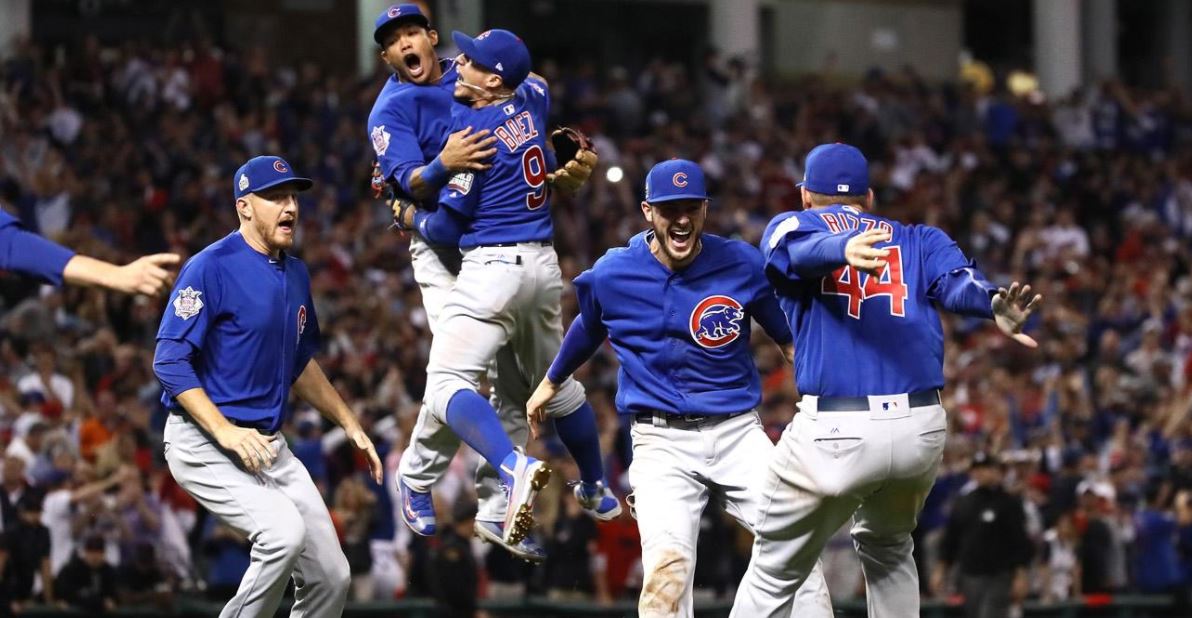