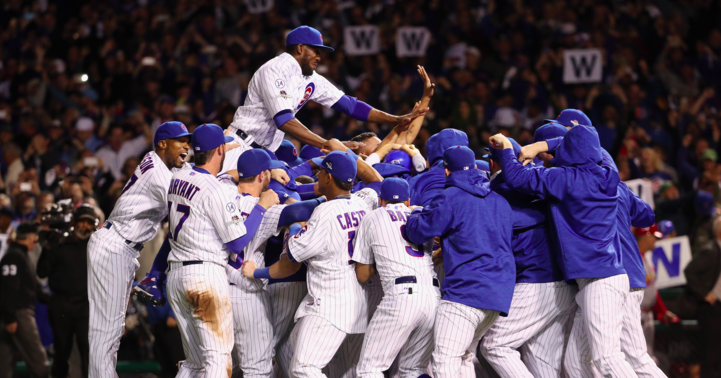 Maybe the 108th time is the charm? Spring training opened with the Chicago Cubs as the World Series betting favorites at 4-1 (according to some Vegas sportsbooks), despite not having won it all since 1908. Even if you’re not a betting man or woman, Vegas odds are a good indication of the general attitude and expectations towards a team at this stage. Here’s the case for and against the Cubbies.

Why they’ll break the Curse:

It’s been oft-repeated, but the Cubs arrived one year ahead of schedule last season. Almost all the youngsters exceeded expectations (looking at you, Jorge Soler), and the team mashed its way to 97 wins and an NLCS berth.

Now, they enter spring with more experience, seasoning, plus free-agent acquisitions Jason Heyward, John Lackey (both from division-rival St. Louis) and the reliable Ben Zobrist (fresh off a ring in K.C.). Kris Bryant and Anthony Rizzo are MVP contenders, and the atmosphere at Wrigley will undoubtedly be amongst the best in baseball all summer long.

Why they won’t break the Curse:

On paper, this is the deepest and most exciting roster in baseball (Chris Coghlan and Javier Baez are backups), but there are still a few question marks. John Lackey is 37, Jason Hammel struggled at the end of last season, and there is uncertainty behind them in the rotation (although the addition of Adam Warren helps). And the bullpen, while solid in 2015, is comprised of unpredictable and unmemorable arms after closer Hector Rondon.

The competition in the National League looks particularly stiff this season—with the Pirates, Cardinals, Mets, Dodgers, Giants, D-Backs and Nationals all expecting to seriously contend for a pennant. However, general manager Theo Epstein has compiled an intoxicating roster rich with young stars and strong pitching. In my opinion, it’s the Cubbies’ World Series to lose.