Baseball feels like a young man’s game these days. Of the top 10 position players as measured by WAR, not a single guy is over 30. Mike Trout – who has reigned supreme in MLB for the past six seasons – is just 25 years old. The World Champion Cubs rode a youth-led roster to the championship, and the odds-on favorites to meet in the Fall Classic this year are both led by young cores: the Dodgers and Astros.

Part of that can be attributed to teams being more willing to quickly promote dynamic prospects who can help the big club. Part of it is the rising cost of veteran stars, making pre-free agency talent a must-have for contending clubs. Plus, we aren’t seeing the sort of late-career surges that the Steroid Era conditioned us to expect (with a few notable exceptions).

Which leads us to the questions of where 2017’s rookie class ranks in the annals of baseball history. Let’s break the 2017 rookies into a few groups. Aaron Judge and Cody Bellinger have taken the baseball world by storm. They crush home runs (Judge leads the AL with 34, Bellinger is second in the NL with 28), they hit in the middle of the lineup (Judge in the 3-hole, Bellinger typically hits cleanup), and they both put on a hell of a show at the Home Run Derby (especially that Judge guy). It’s obviously impossible to predict what the future holds, but these two have certainly had Hall-of-Fame starts to their careers. Both these guys looks like legitimately great players. On the pitching side, Jacob Faria has been dominant for the Rays, going 5-1 with a 2.93 ERA over ten starts.


THE GUYS YOU CAN DREAM ON Top prospects get promoted every year. Sometimes they go nuts, sometimes they suck, sometimes they just manage to stick around and learn the game. But getting into MLB by your early 20s is a very good indicator that you’ve got some talent. It feels like half of the preseason top 100 prospects has debuted this year, many of them projected as future All Stars: Andrew Benintendi, Yoan Moncada, Rafael Devers, Clint Frazier, Manuel Margot, Lewis Brinson, Jorge Bonifacio, Nick Williams, Dansby Swanson, Tyler Glasnow, and Hunter Renfroe. These guys have seen varied levels of success (e.g. Swanson just got demoted), but they are all guys with the pedigree that will afford them time to figure things out in the Show. There should be at least four future All-Stars from the eleven guys I mentioned. This is a fun group. It’s cool to see guys who have toiled in the minors for years finally break through and find some success at the game’s highest level. Take Jesús Aguilar for example. After toiling for nine years in the Indians system, he’s finally gotten his shot in Milwaukee after being claimed off waivers by the Brew Crew in February. He’s hit for power in limited playing time, posting an .846 OPS for the upstart Brewers. These guys haven’t been stars, but any well-rounded player making the Major League minimum is a huge asset to any team. And because franchises rarely are counting on rookies to produce, getting an effective everyday player out of a call-up can provide the sort of depth needed for a deep playoff run. Bradley Zimmer brings awesome centerfield defense, great speed (13/14 in stolen base attempts), and a slightly above-average bat to a very good Indians team. Ian Happ has mashed 13 homers for the Cubs while handling all three outfield spots and second base. Paul DeJong arrived in St. Louis and immediately began mashing. These are the guys that really fill out a rookie class. Yuli Gurriel has been a name known to prospect hounds since he helped lead Cuba to the 2004 Olympic Gold Medal. He finally defected in 2016, and signed with the Astros for $47.5 million five months later. Despite being one of the least patient hitters in the game (9 walks / 2.5% walk rate), he’s excelled for Houston, hitting 13 HRs and 27 doubles with a .781 OPS in partial playing time. Let’s also not forget his so-horrible-it’s-amazing hairdo inspired by an unholy medley of Troll Doll, Albert Einstein, and wacky boy band.

This feels like one of the best classes of all time. The truth is, there’s no way to know right now, we can only dream on this crop of young, talented ballplayers. Twenty years ago, a rookie class that included Vlad Guerrero, Nomar Garciaparra, Andruw Jones, and Scott Rolen took the league by storm. In 1982, Cal Ripken, Jr., Wade Boggs, Ryne Sandberg, and Chili Davis hit the scene. If you rewind back to 1947, you’ll see that Jackie Robinson and Yogi Berra made the Show the same year. All of that is to say that the 2017 class has a long way to go to be crowned the best rookie group ever. But with pure talents like Judge and Bellinger and potential stars like Benintendi and Moncada, don’t be surprised if this season’s crop blows past them all. 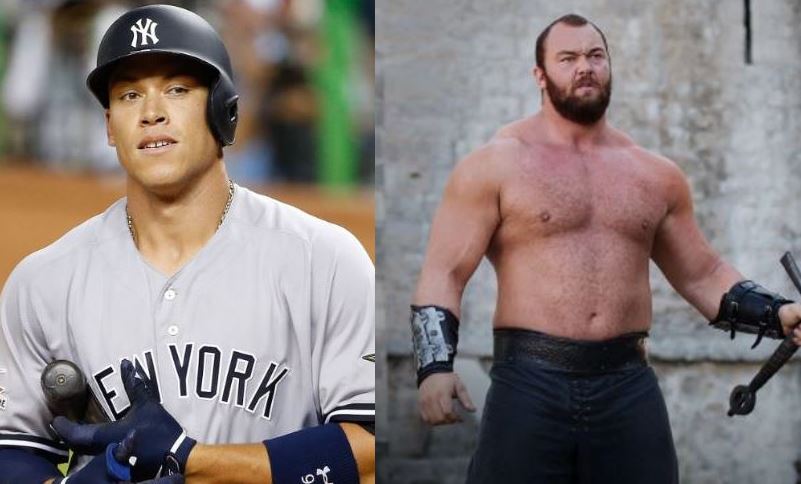 The MLB Counterpart To Game of Thrones' 10 Most Powerful Houses