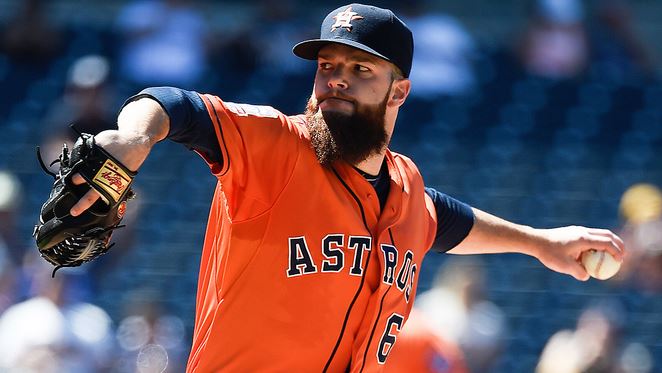 The AL produces the weaker Wild Card match-up, featuring two teams for whom the postseason could not come sooner. The upstart Astros cooled off down the stretch, going 13-17 after September 1st (but who saw that coming?). They struggled on the road all season, finishing 33-48 outside H-Town. The veteran Yankees, meanwhile, limped through September, and watched the Blue Jays explode past them. Neither team seems to be in a place to make a deep run, but crazier things have happened in October.

Houston throws southpaw Dallas Keuchel (20-8, 2.48 ERA), who faced the Yankees twice and surrendered precisely zero runs in 16 innings against the lefty-heavy Bomber lineup. Keuchel is a different pitcher on the road (5-8 3.77 ERA) than at Minute Maid Park (15-0 1.46 ERA), though. The ‘Stros bullpen, meanwhile, has been a consistent strength all year.

Joe Girardi trots out Masahiro Tanaka (12-7, 3.51 ERA) for his playoff debut. He was ineffective in his prior outing, but has provided a reliable, though not dominant, presence in the rotation. He’s given up at least a run in all but two starts, and has only pitched past the seventh twice. The New York bullpen has been sound all year, but has become shakier of late, in part due to Dellin Betances’ high innings count.

There will be some deep flies in this one, considering both teams finished in the top four in the American League in homers, and Yankee Stadium surrendered the second-most bombs per game in the AL (2.70). The Astros strike out a ton, but take walks, and both clubs get on base at good rates. For Houston, mashers Carlos Correa, Jose Altuve and Evan Gattis are hitting well, and George Springer found his stroke again after a disappointing summer. The Yanks slumped to the finish, apparent by the fact that rookie Greg Bird (.258, 8 HR) has been their most productive hitter in the last month.

Prediction: Both of these teams peaked in July. Because of Houston’s road struggles, and because I’m a born and raised New Yorker, I’ll ride with the Bombers, 7-5. Winner heads to Kansas City on Friday.