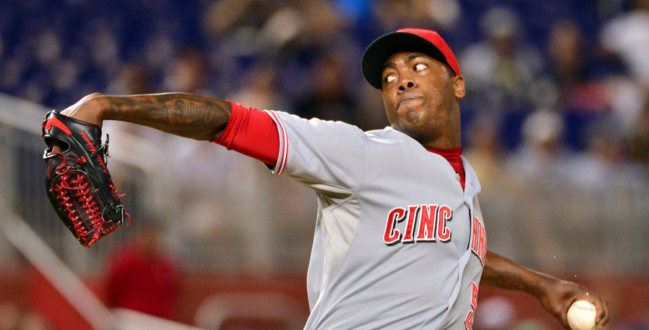 On Wednesday, it was reported that Yankees closer Aroldis Chapman will not face charges stemming from domestic violence allegations in October. Yankees owner Hal Steinbrenner said Chapman is “innocent until proven otherwise.” However, Chapman’s announcement certainly carries some rippling effects.

First and foremost, unfortunately, it should be acknowledged that the MLB suddenly has a simmering domestic violence problem, with incidents in recent months involving Chapman, Jose Reyes (awaiting trial), and Yasiel Puig. This offseason poses the first challenge for Rob Manfred and MLB’s newly adopted domestic violence policy. The Chapman incident, in which he allegedly choked his wife and fired a gun multiple times in a garage, was particularly ugly, and it’s still possible (and perhaps likely) the MLB will suspend him.

From a pure baseball perspective, though, this is good news for the Yankees and their new acquisition. Even if a suspension is handed down, Joe Girardi’s arsenal of Dellin Betances, Andrew Miller, and Chapman has the potential to be an historically dominant back-end. Last season, Miller won the Mariano Rivera Award for the league’s best reliever, posting a 2.04 ERA and converting 36 of 38 saves. Betances was arguably even better, tallying a lower ERA (1.50) and more strikeouts.

Still, Girardi has already announced that the Cuban lefty will be the team’s closer, and can you blame him? Chapman notched a 1.63 ERA last season, with an absurd 15.7 K/9 rate. Oh, and he literally threw the 50 fastest pitches in the 2015 regular season.

The Yankees still have question marks in the rotation, and are relying on some unproven young arms for middle innings, but there’s no doubt Joe Girardi has some fun toys parked in the bullpen. He’ll just have to wait for the league to determine when he can use his newest one.