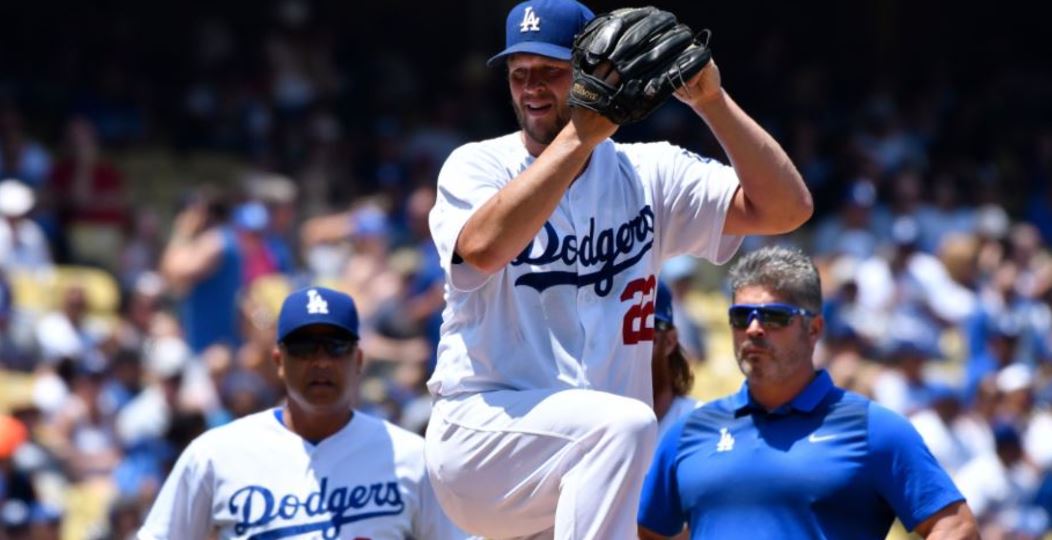 As a fan of great baseball, it pains me to write this. But it’s a legitimate concern. The Dodgers are claiming that this back injury is different from the back injury that plagued Kershaw last season, but that isn’t super reassuring. It could lead to a flare-up of the other problem, or potentially be just as bad. As great as the Darvish trade is for LA, he’s no substitute for the best pitcher on planet Earth.

Unless the best pitcher on planet Earth just isn’t himself in the playoffs, again. Do I buy the “Kershaw is useless in October” narrative? No, I don’t. But his record speaks for itself: 4-7 over 89 innings of 4.55 ERA baseball. That’s bad. It seemed like he got over the hump in Game 1 of the 2016 NLDS against the Cubs (7 shutout innings with 6 Ks), but he turned around and coughed up 5 runs in 5 innings, allowing homers to Anthony Rizzo and Willson Contreras. He’ll be up against some great lineups if he’s back for the playoffs in the D-backs, Cubs, or Nationals.

It’s pretty great to get All-Star production from a rookie like Cody Bellinger, who has stabilized LA’s offense after the seeming disappearance of Adrian Gonzalez (does anyone even miss him?). But we don’t know how the NL ROY favorite will fare under pressure. Same goes for Corey Seager, who has produced a pathetic .200/.250/.333 batting line in 16 October games (sample size considerations apply here, of course). Chris Taylor has been another star for this team, albeit a quiet one, and he’s never played in the postseason. Sure there are veteran contributors, most notably Justin Turner, but outside of that ginger-bearded sweet-swinger, none of LA’s experienced ballplayers strike fear into opposing pitchers anymore.

4. Bullpen Is Still A Problem

Kenley Jansen is unreal. There’s no disputing that. But he can’t do it himself. That’s why Andrew Friedman made some bullpen-bolstering trades, bringing in Tony Watson from Pittsburgh and Tony Cingrani from the Reds. But Watson hasn’t been great, only striking out 6.75 guys per 9 innings and running a 4.70 FIP, which indicates that he’s been much worse than his 3.66 ERA. Cingrani has produced miserable results, yielding 9 home runs in just 23.1 innings for a 5.40 ERA. Dodger fans should be worried about their relief corps.

5. Wood and Hill Are Unreliable

As mentioned, Darvish is a big addition. But if LA doesn’t get Kershaw back at 100% (or even at all), they will be relying heavily on Alex Wood and Rich Hill. Wood has turned in an unbelievable 2017, going 12-1 with a 2.38 ERA. But he’s started to come back to earth recently, coughing up 13 runs over 11.2 innings his last two starts against the mediocre offenses of the Braves and Giants. Plus, he’s coming off a 2016 that was shortened by elbow surgery, during which he only threw 60.1 innings. Hard to trust. And as wonderful as Rich Hill has been as a pitcher and as a story, he can be maddeningly inconsistent, mixing brilliance with crap (as evidenced by his two drastically different October starts in 2016). Plus, his blister issue could crop up at any time, rendering him useless.

Before the Dodgers rattled off four straight NL West titles (soon to be five), the West was known for mediocre division champs, exemplified by the 2005 Padres winning the crown with a 82-80 record. But this year, the Diamondbacks and Rockies are legitimately good teams. At this point, they project to battle it out in the 1-game playoff for the right to face the Dodgers in the NLDS. LA hasn’t exactly blown either team out of the water (7-5 vs. Colorado and 6-4 vs. Arizona) so far in 2017. Arizona is the better team, with a lineup led by Paul Goldschmidt, Jake Lamb, AJ Pollock, and the newly acquired J.D. Martinez. On the pitching side, they can throw out Zack Greinke (whose dominance is very familiar to the Dodgers) and the strikeout machine named Robbie Ray. But the Rockies present their own sort of challenge – Coors Field. If Colorado makes it through the wild card game, they’ll have earned two home games in the Mile High City, where pitching and strategy get thrown out the window, to a degree. There are no pushover teams in the NL this year.

7. The Nationals and Cubs Are Still Incredible

The Cubs had LA’s number in last year’s NLDS, beating them in 6 games. But that length of series doesn’t tell the whole story, as the only close game was the Dodgers’ 1-0 win in Game 2. The Cubs might not even make the NLCS though, as they will likely face the Washington juggernaut in round one. The Nats have an absolutely murderous lineup. Bryce Harper is having another monster year, and he’s backed by a series of excellent veteran bats: Daniel Murphy, Ryan Zimmerman, Anthony Rendon, and Howie Kendrick. Plus, they stand to get back the speed demon Trea Turner within a few weeks. Turner is one of MLB’s premier leadoff hitters, able to smack HRs and give pitchers fits on the base paths. It’s a tough road to the trophy. Plus, even if LA makes it to the Fall Classic, there’s a good chance the Astros will be waiting for them.

Teams that run away with the regular season often face an uphill climb in the playoffs. Maybe there’s an actual narrative explanation for it (e.g. they come into October rusty), but I don’t buy that. Instead, I believe in the underlying chaos of the MLB playoffs, when bench guys become heroes and wild card teams go on improbable runs. The Dodgers feel unstoppable. Their winning streak has been remarkable. Adding Yu Darvish is a masterstroke. But despite all of that, they are still subject to some crazy shit going down in the postseason. The Cubs capped their 103-win regular season in 2016 by winning it all, but until they did that, no team had led the league outright in wins and also won the World Series since the 2009 Yankees.

The best baseball stats sites have something they call Playoff Odds. They fold in all sorts of data from this year (as well as weighted information from previous seasons) to produce a % chance for each team to win the World Series. BaseballProspectus.com is the only one of the “big 3” sabermetric sites that sees LA as the clear World Series favorite, giving them a 24% chance to win it all (they have the Astros second at 18%). But the other two sites are less certain. Fangraphs.com gives the Dodgers an 18% chance to win the World Series, but they peg the Indians and Astros at 16% and even give the Cubs 15%. Those are negligible differences. Fivethirtyeight.com likes the Dodgers a lot at 23%, but has the Astros right on their heels at 22%.

Baseball is a game with a rich history of superstition. The Dodgers haven’t won since 1988, and that’s a lot of weight on the shoulders of the current team. They will come into October with a target on their back, and that can be distracting. Is there a particular curse LA is suffering from? Something we can point to? The troubled history of Chavez Ravine, perhaps? Maybe it’s their propensity to employ former Giants relievers like Sergio Romo and Brian Wilson? Whatever the reason, it’s hard to shake off years of disappointment. Just ask the Cleveland Indians. 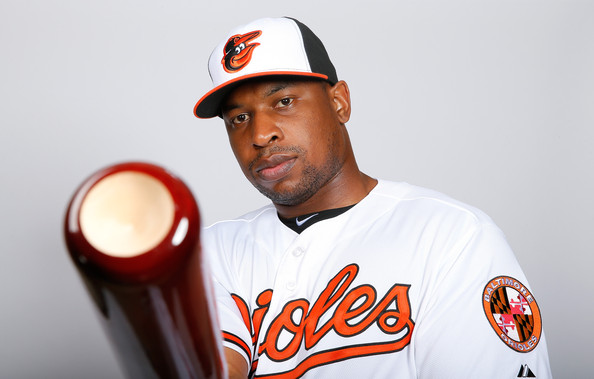