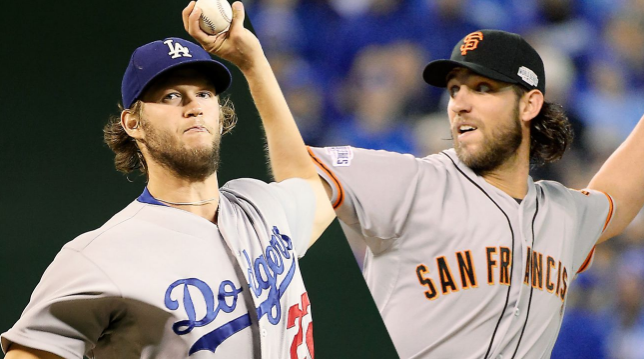 Madison Bumgarner has etched his place in history by leading the Giants to multiple World Series victories, even pitching his way to MVP honors in 2014. But now, the ace lefty is looking to take his talents to the Home Run Derby.

Bumgarner leads all active pitchers with 13 homers, including two already this season. Over the past three seasons, Bumgarner has launched 11 home runs in 194 plate appearances. If given a full allotment of plate appearances akin to an every day player, Bumgarner would have over 30 home runs on the season. Perhaps that is why the powerful lefty has his mind set on the Derby.

“I want to do it,” Bumgarner told ESPN’s Buster Olney Sunday before the Giants’ 6-3 loss to the Cardinals.

Following a master-class performance in batting practice Sunday at Busch Stadium in which Bumgarner sent more than a dozen balls over the wall, including a shot to the fourth deck, Bumgarner’s desire appeared serious enough for Giants’ manager Bruce Bochy to comment on his pitchers hopeful plans.

While Bochy quickly disregarded the potentially monumental Derby moment, he acknowledged it wouldn’t be a cheap stunt:

“Bum, he’s convinced he could win it,” Bochy said. “I think he would wear himself down in the first round, he’d try to hit it so hard.”

Although Bumgarner’s campaign seems to be over before it got started, we still have plenty of time left to enjoy his power displays. Now let’s just hope he adds in a bat flip next time.